Drones in a global war: "flying containers" for commandos In 1944, Allied forces carried out Operation Market Garden, one of the largest airborne landings in stories.


The multi-day battle for the Dutch bridges brought many bitter lessons, paid for by the lives of the soldiers of the anti-Hitler coalition.

One of the most important among them was the limited ability to supply remote footholds from the air: the Royal Air Force desperately broke into the landing zones under Nazi anti-aircraft fire to deliver supplies for the paratroopers, but everything was in vain - due to the lack of communication and actual coordinates, most of the cargo fell into hands of German soldiers.

This predetermined the sad end of the British paratroopers: no matter how steadfastly and courageously the "Red Devils" repelled Nazi attacks in the "Arnhem" zone, the lack of reinforcements, ammunition, heavy weapons and medicines have done their job.

Decades have passed: doctrines and tactics, equipment and delivery vehicles have changed, and paratroopers have given way to airmobile units. But the problem of supplying remote bridgeheads and, most importantly, small units of special forces operating behind the enemy’s front line, has not gone away.

With the development of air defense systems, it, perhaps, only escalated - for objective reasons, dropping transport containers directly in the zone of operations became practically impossible.

Western military thought over the past decades has been actively moving towards expanding the capabilities of military transport aviation. The realities of network-centric wars and global confrontation with a numerous and well-armed enemy in the face of China and the Russian Federation smoothly led the NATO bloc to the need to turn even into auxiliary, but still combat units, even such initially “peaceful” examples of flying vehicles as transport workers and air tankers. Their functionality has been expanded from aircraft turrets for unmanned fighters to platforms for launching cruise missiles - and, of course, it also touched on the expansion of logistical capabilities.

The US military is already considering a number of promising projects ready for mass production.

Perhaps the most interesting and complete among them is the disposable cargo glider of the American company Yates Electrospace Corporation GD-2000 Silent Arrow.

The US Air Force has already signed a contract for additional R&D and the purchase of a test batch of a military model of this airframe (as part of the Precision Guided Bundle project), which will be a slightly smaller and noise-proof version of the GD-2000.

Structurally, this unit is a plywood box with aluminum stiffeners, which is the fuselage of the drone. The UAV is delivered to the customer in the form of a box - all its elements are inside the cargo airframe itself and are assembled immediately before its use (it should be noted that the assembly does not require any special preparation, which is certainly a great advantage).

The drone has four supporting wings, which open in flight under the action of a spring mechanism. The manufacturer Silent Arrow notes that this unmanned glider is half the price of the Joint Precision Airdrop System used in the US Armed Forces and 2,5 times its range.

In addition, the UAV can be launched from almost any air platform at the disposal of the United States: this includes both C-17, C-130, Cessna Caravan transport aircraft, as well as CH-53 helicopters or V-22 convertiplanes.

Reducing the length of the container as part of the Precision Guided Bundle project will make it possible to launch an unmanned transport even from HH-60W Jolly Green II helicopters, pushing them out of the side doors of the troop compartment, as well as MH-47G Chinook army helicopters.

However, enough talk about the dry technical and tactical characteristics of the device - we are much more interested in the concept of its use in the realities of modern Western military thought.

In the article, we have repeatedly mentioned the forces of special operations, and by no means without reason - after all, unmanned gliders are created primarily in their interests.

In the last decade, under the influence of the practical experience of a number of local conflicts, the armies of the North Atlantic Alliance began a deep reworking of the usual tactics of special forces.

If 30 years ago, special forces units were seen only as small commando groups with very limited functionality and modest firepower, now they are increasingly appearing as almost the central strike force of the ground forces - at least that is what we could observe in many wars in recent decades.

Quite eloquent in this respect is the example of Turkish commando units operating in Syria and Libya directly as assault units, relying on the firepower of drones and artillery.

Highly mobile, well-trained and well-equipped groups delivered strikes against an enemy many times superior to them, which ultimately turned the scales in favor of the Republic of Turkey in both of the above conflicts. It is worth noting that this was a demonstration of far from the most advanced tactics and not in the most brilliant execution. 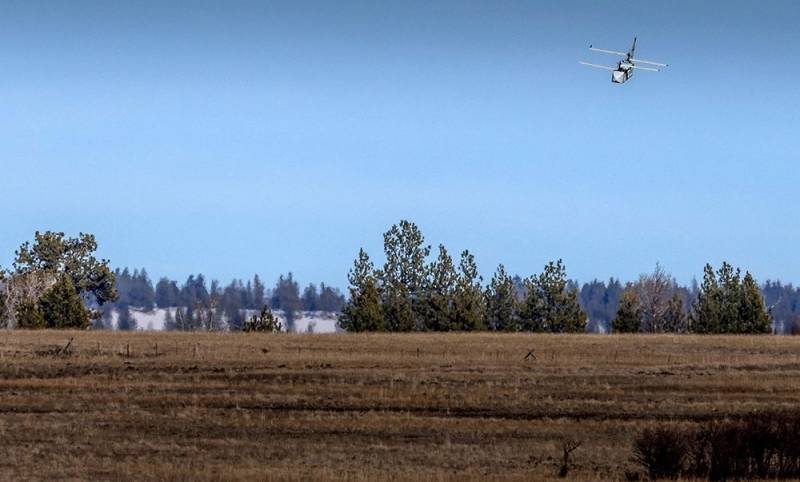 Of course, the use of special forces in the role of linear units causes a number of serious problems associated with their insufficient firepower and limited logistical capabilities.

If the first was sufficiently compensated by high mobility, high-tech weapons systems (high-precision rifle systems, 3rd generation anti-tank systems, kamikaze drones, etc.) and improved interaction with other branches of the armed forces (artillery, aviation or fleet), then supplying special forces on the battlefield during high-intensity battles has become a rather non-trivial task.

So, the British Special Boat Service (SBS), an elite unit of the Royal Navy, in the course of the latest reform, has acquired special supply units that provide logistics for mobile commando units directly on the battlefield.

This tactic proved to be incredibly beneficial, as demonstrated by the recent Green Dagger exercise, in which the British defeated three battalions of US Marines in devastating scores. High mobility, situational awareness and excellent supply provided the commandos with a number of advantages in the face of a numerically superior enemy. Of course, the practical experience gained prompted the Western armed forces to the logical idea of ​​\uXNUMXb\uXNUMXb"point" logistics - to transport gliders, which became the topic of our conversation today.

"Flying containers" make it possible to ensure the delivery of goods at the current coordinates literally on the heads of the commandos.

As mentioned earlier, Silent Arrow has a very solid arsenal of navigation tools and can even be controlled using FPV technology, that is, in real time, which will allow the operator to direct the drone, focusing on, say, signal smoke in conditions of lack of communication (and , respectively, the ability to obtain the GPS coordinates of the unit).

In turn, the long flight range (~ 64 km) allows the launch of this UAV without entering the zone of destruction of the most common air defense systems: small-caliber anti-aircraft artillery, MANPADS, short-range mobile air defense systems, which, of course, has a positive effect on survival manned aviation.

The GD-2000 itself, due to its design and materials used, is practically invisible to radar.

It is worth noting that Yates Electrospace Corporation is also developing a transport unmanned glider with an electric motor - this will further expand the capabilities of Silent Arrow, multiplying its flight range. Of course, this is an excellent groundwork for supplying mobile groups that conduct operations in the area of ​​​​enemy air defense, and given the low cost of transport UAVs (from 15 to 30 thousand dollars), this is also an opportunity to establish logistics even for supplying large units operating apart from the main forces.

The production of the drone is organized both in the US and in the UK (is under deployment).

Despite the fact that funding comes mainly from the US Air Force and MTR, the project is interested in a large number of foreign buyers (for example, in the face of British commandos), the US Army and the US Navy. The latter want a version of the Silent Arrow that can splash down and stay afloat for a long time.

Given the large number of carrier-based helicopters on US Navy ships, transport drones look like a rather tempting opportunity to expand their functionality, at least as part of the supply of naval special forces or units of the Marine Corps.

The "naval" version of the fiberglass drone has already been brought to the prototype stage and is awaiting further funding.

Transport UAVs are an extremely interesting and promising technology, useful not only in peacetime or limited-scale conflicts, but also in global combat operations. As the example of American developers shows, this is a very real, affordable and low-cost technology that will definitely develop further.