January 14 2022
3
What are the designers capable of having received carte blanche? Flying equipment, Tanks with four tracks, military robots are just the tip of the engineering iceberg. We present the project "The Strangest Fighting Vehicles of the World" from the creators of the legendary game World of Tanks. The rubric tells about the amazing, daring and failed decisions of tank engineers. The protagonist of this issue is the Soviet heavy tank Object 279.


In 1955, the development of a new generation of heavy tanks began in the USSR. These machines were supposed to replace the legendary but technically obsolete IS-2, IS-3, IS-4 and T-10. It was supposed to receive four new tanks. In Chelyabinsk, a 55-ton Object 770 was being developed, and in Leningrad, in the design bureau of the Kirov Plant, work was in full swing on Objects 277, 278 and 279. The latter was the brainchild of designer Lev Troyanov and the design bureau of Joseph Kotin and was very different from his "brothers".

The 60-ton Object 279 was like a 11-meter flying saucer with a flattened turret, capable of moving at speeds up to 55 km/h. The choice of an unusual hull shape was well justified. In those years, neither dynamic protection nor multi-layer combined armor existed yet, and cumulative shells effectively pierced strong steel sheets, located even at large angles. An increase in the thickness of the armor overloaded the tanks and affected their mobility, so the designers went to the trick, placing the armor plates at the most acute angles. The embodiment of this idea was the Object 279. 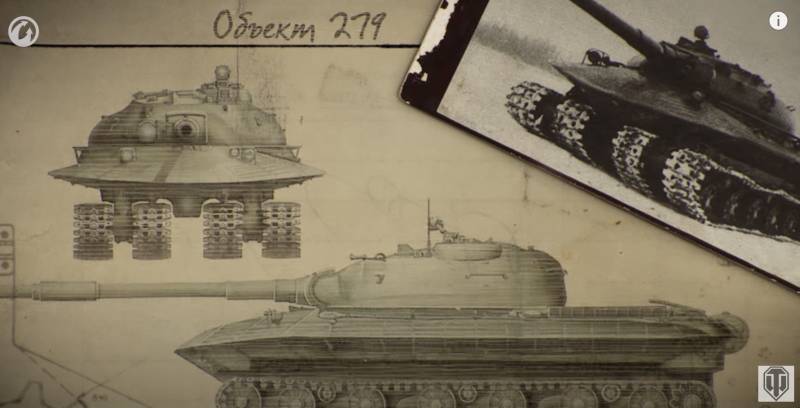 Despite the "alien" appearance, the layout of the machine was classic. The hull consisted of four cast armored elements welded together, and a flattened turret with uniform armor became the standard in terms of protection. In front and on the sides there were anti-cumulative screens. They were installed in the form of a bent "shell" and provided the tank with invulnerability to any guns known at that time. The protection indicators of the Object 279 exceeded the armor of the heavy T-10 almost twice, and the T-34 - 5 times. Thanks to casting and variable armor technologies, the designers did not exceed the weight limit of 60 tons, but ensured the armor thickness was up to 300 mm.

As the main weapon, the Soviet "heavy" received a 130-mm M-65 cannon. Also, the vehicle was equipped with a 14,5 mm Vladimirov machine gun, a semi-automatic loading mechanism, a mechanized ammo rack and a stereoscopic sight. Another distinguishing feature is the chassis. A four-track propulsion unit was installed on the tank. On each side, 6 dual non-rubber rollers and 3 supporting rollers were built in, the drive wheel was located at the back. Thanks to an extraordinary suspension solution, Object 279 has become an armed armored all-terrain vehicle capable of going ahead in poor terrain, swamps, high snowdrifts, and even nuclear winter. The specific gravity on the ground was 0,6 kg/cm, the same as for light tanks.

The crew of the tank consisted of 4 people. The places of the commander, gunner and loader were in the tower, and the driver was sitting in the center of the front of the hull. Like many other Soviet vehicles, the Object 279 was notable for not the most comfortable conditions for the crew, but at the same time, a relatively low silhouette, corresponding even to modern standards. 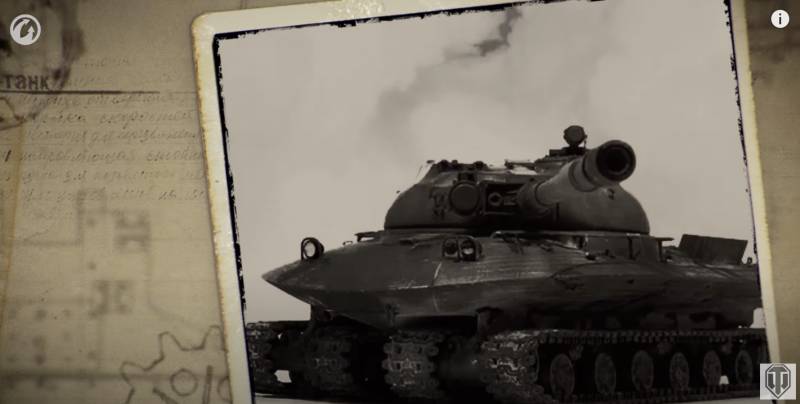 Due to the threat of nuclear weapons special attention was paid to the protection of the crew. Since the second half of the 1950s, the development of anti-nuclear defense systems began. It included both a lining and a mechanism for creating excess pressure, excluding the possibility of poisoned air getting inside. In theory, the crew could remain in service for a long time and even move through the epicenters of the explosions.

The main disadvantages of the tank include expensive production and absolute sluggishness. The presence of four tracks led to the fact that enormous efforts were required to turn the car, and the crew was constantly faced with breakdowns. However, constructive solutions and design developments were subsequently used in tanks of the next generations. The Object 279 itself was developed and improved for so long that it eventually ceased to compete with medium tanks that appeared in the USSR in the late 1950s and early 1960s. The unique machine remained a prototype.

For more details about Object 279, see the video from Wargaming.