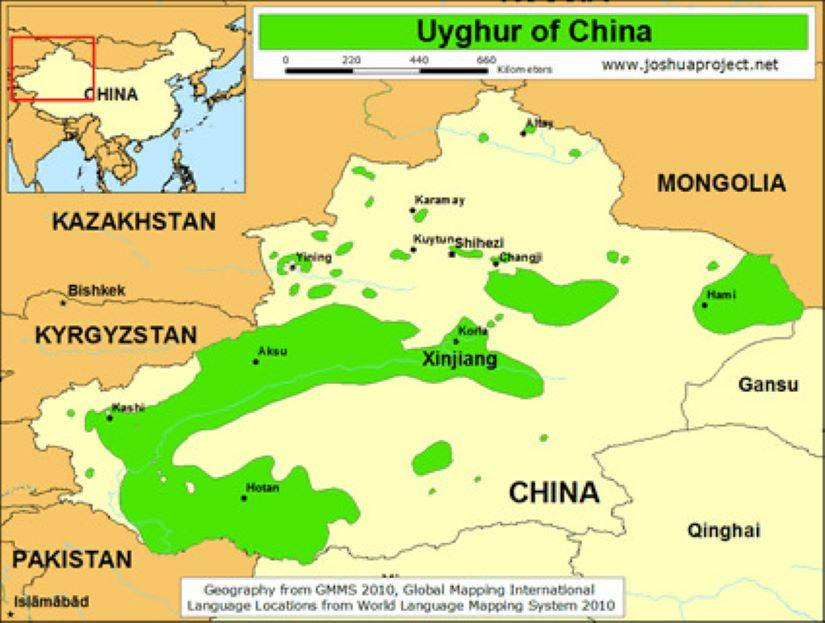 You may not be a Uighur

During the negotiations started on January 15, 1962 to clarify the Soviet-Chinese border, Beijing for the first time made claims to many of its sections. And on July 10, 1964, Mao Zedong, at a meeting with parliamentarians and the Japanese media, made claims to the vast territories of the USSR adjacent to the PRC.

In this situation, Moscow responded with the creation of the pro-Soviet "People's Revolutionary Party of East Turkestan" (NRPVT). It set as its goal the creation of the "Chinese Socialist Republic of Xinjiang Uyguria". Moreover, with the possible inclusion of it in the Kazakh SSR in the status of an autonomous republic.

However, it didn't happen...

The Soviet-Chinese confrontation that began in 1960 was accompanied in the PRC by the excesses of the Great Leap Forward (1958-1962) and the Cultural Revolution (1966-1969). They, among other things, included the strengthening of the “Sinification” of national autonomies - first of all, the very vast Tibet and the Xinjiang Uygur Autonomous Region.

The latter accounted for about 20% of the territory and over 10% of the total population of the PRC. "Sinification" was directed against the Uighurs and partly the Kazakhs, who made up more than 70% of the population of this region. But by the mid-70s, this figure had dropped to 50%.

This was achieved by the PRC authorities due to the mass resettlement of Chinese there, restrictions on the use of non-Chinese languages, religious restrictions, periodic campaigns to evict Turkic peoples, especially Uyghurs, to other regions of the PRC.

All this caused not only protests from the non-Chinese population, but also illegal emigration to the neighboring Kazakh SSR. The most massive flow of migrants came in 1962. 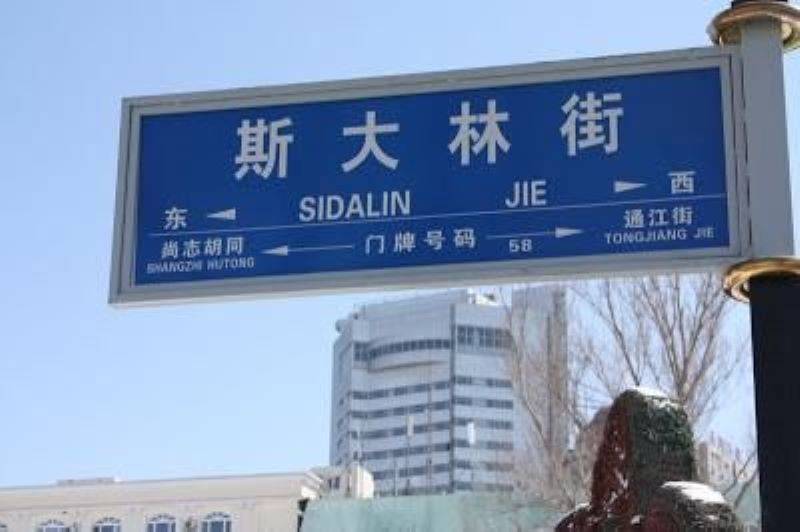 In more detail, in March of that year, hundreds of Uighurs and Kazakhs gathered in front of the Soviet consulate in Ghulja (western Xinjiang) - on Stalin Avenue (pictured), which has survived there to this day, who wanted to leave for the USSR. The Chinese authorities used military force against them.

As a result, at least 75 Uyghurs and Kazakhs soon crossed the border in its Kazakh (partially Kyrgyz) sections. Only for the period from April 22 to the first ten days of June 1962, inclusive, this figure amounted to 67 thousand people.

It is significant that among these persons up to 15% were servicemen of the 5th Army Corps of the People's Liberation Army of China bordering the Kazakh and Kirghiz SSR.

Geopolitics and nothing personal

The Chinese side did not dare to use military force against the emigrants on the border. And she accused the leadership of the USSR of provoking separatism in the PRC and encouraging an exodus from Xinjiang. But on April 29, 1962, in the Note of the Government of the USSR to the Government of the People's Republic of China, Peking's accusations against the USSR were categorically rejected.

The note stated that

“The border crossing is carried out from the Chinese side, with the connivance of the Chinese authorities. Which should have taken timely measures to prevent the mass crossing of the Sino-Soviet border.

In total for 1962-1972. at least 170 thousand people moved from Xinjiang to Kazakhstan, Kyrgyzstan and Tajikistan, of which up to 80% were Uyghurs, the rest were Xinjiang Kazakhs, Kyrgyz and Tajiks (for more details, see Ablazhey N.N., “The aggravation of national relations in Xinjiang: 1946-1963”, Barnaul, 2004; Kozhirova S.A., “Uighurs in Kazakhstan: история and modernity”, Astana, 2014)

Meanwhile, Sino-Soviet relations continued to deteriorate, prompting Moscow to form the predominantly Chinese Uyghur People's Revolutionary Party of Eastern Turkmenistan (PPRT—Shärqiy Turkistan Khälq Inqilawi Partiyisi). This was done in the autumn of 1963, with the deployment of its leadership in eastern Kazakhstan. 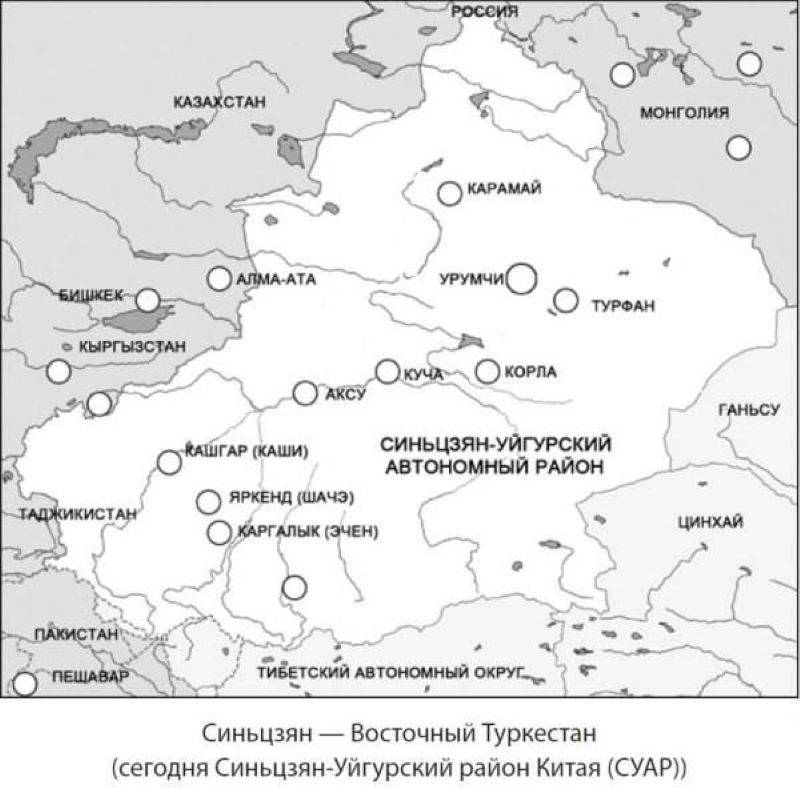 The organization set as its goal the restoration of the true autonomy of the XUAR with the cessation of its "sinification". And as a super-task, the accession to the Kazakh SSR of a number of Uyghur regions of the XUAR adjacent to Kazakhstan within the framework of an autonomous republic, if Beijing does not change its policy in this region.

Such a party was created, of course, under the "tutelage" of the KGB of the USSR with the participation of its Kazakh division. On the basis of the documents of this unit, the Kazakh portal "Nomad" on November 28, 2014 noted in the material "On the history of foreign intelligence of Kazakhstan" that

"The intelligence department of the KGB of the Kazakh SSR carried out work on the selection of candidates from among the operational personnel for use in illegal intelligence work both in Xinjiang and other regions of Southeast Asia."
But the authorities of the Kazakh SSR were not interested in increasing the role of the Uighur factor in the republic. That is why the top Soviet leadership was dissuaded from further encouraging the anti-Maoist Uyghur underground in Xinjiang and "connecting" the adjacent regions of the XUAR to eastern Kazakhstan. As is known, the Uighurs have been living there for a long time, and their largest number still remains in the Alma-Ata region.

The situation in Soviet-Chinese relations in the 60s - 70s. (cm. And the third Damansky is also forgotten) forced Moscow to work out various options for influencing Beijing, in which the Uighur factor also played an important role. The mentioned NRPVT, according to Chinese sources, by the end of the 60s consisted of up to 30 thousand people. and at least 150 illegal cells in XUAR.

The party had mobile radio stations, stocks of small arms weapons, distributed anti-Maoist proclamations in Uighur, Chinese, Kazakh. Reserve bases for this party in 1968-1972. were in southwestern Mongolia adjacent to Xinjiang. But at the request of Ulaanbaatar, where they did not want a further aggravation of relations with Beijing, these points were removed from Mongolia in 1973.

The PRC intelligence services qualified that party as a pro-Soviet political group to support a possible coup in Beijing. However, the Chinese side did not dare to make public accusations against Moscow about the ITT, fearing more active Soviet actions to "replace" the Mao Zedong leadership.

In October 1969, in a number of cities in the XUAR, this party organized clashes with the Chinese and with the local police. Under the slogans of not only stopping the “Sinification” of this region. But also the proclamation of the XUAR as the "Chinese Socialist Republic of Xinjiang Uyguria" (similar to the existing Kuomintang "Republic of China on Taiwan").

The readiness of Beijing declared in the fall of 1969 to negotiate with Moscow to eliminate tensions on the mutual border changed the priorities in the Chinese policy of the USSR. And successful negotiations between the Soviet premier A. Kosygin and his Chinese colleague Zhou Enlai on September 11, 1969 at the Beijing airport on border and political and economic issues soon drew a line under the Uighur "project". 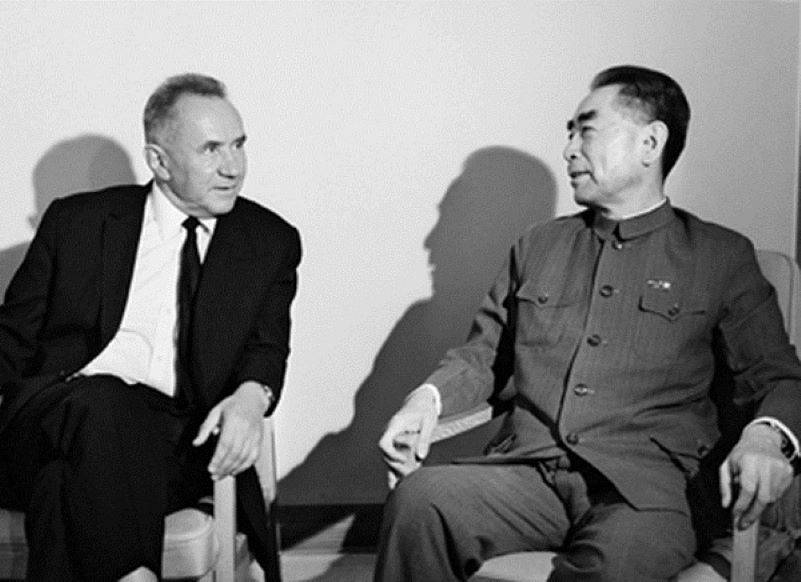 It is also characteristic that the intelligence services of the "Republic of China on Taiwan" initially cooperated and are still cooperating with the special services of the PRC in the suppression of Uyghur (and Tibetan, Mongolian) separatism.

At the turn of the 60s / 70s, Taipei handed over to Beijing the available information about the upcoming actions of the aforementioned pro-Soviet party. China received information about its plans to cooperate with the Uyghur ultra-Islamists, about the attempts of the Soviet KGB to cooperate with Taiwan against the PRC, about the new “bundles” of Indian intelligence with the Tibetan separatists (see. The great helmsman did not forgive us for this).

Beijing thanked: in 1972-1974. in the PRC, almost all the numerous Taiwanese intelligence agents identified in mainland China since the mid-60s were amnestied and sent to Taiwan (via British Hong Kong and Portuguese Macao). This decision of Beijing was also connected with the visit of US President Richard Nixon to China in February 1972.

As a result, local attempts to organize an “All-Uyghur” uprising in the XUAR were quickly suppressed by Chinese troops and special units. But, in order to justify itself to their protégés, the Soviet side accused the NRPVT of the prematureness of those actions.

Thus, the continuation of support for this party became a "fallback option" if Soviet-Chinese relations escalated again. Nevertheless, Moscow refrained from promoting a repetition of the events of 1969 in the XUAR. The main reason for this is the increasingly active political and economic rapprochement between the PRC and the United States. Why they forgot the second Damansky).

In the meantime, in 1980, the leadership of the "People's Revolutionary Party of East Turkestan" for the most part was illegally transferred to the XUAR. That is, in fact, it was set up for the Chinese special services, which in a matter of years practically defeated this organization.

In February 1983, she announced her self-dissolution, distributing proclamations with accusations against Moscow "in betraying the revolutionary struggle of the Uighur people" and "in collusion with Peking imperialism". Around the same time, the Sino-Soviet confrontation also began to wane...

Instead of PS, the Bolsheviks were framed

According to research by Karaganda State University (mid-2010s), Uyghur separatism in Xinjiang is not limited to the territory of the XUAR, covering - at least ideologically - the border regions of Kazakhstan. But since the Soviet period, Kazakhstani Uighurs have enjoyed a very wide cultural autonomy in Kazakhstan, and therefore they prefer to be content with it.

And, if separatist groups of Uyghurs arise in Kazakhstan, then these are almost exclusively refugees from the XUAR to post-Soviet Kazakhstan. However, radicalism in this environment is an infrequent phenomenon. Which is connected primarily with the policy of Kazakhstan to prevent any disputes, and even more so conflicts, with China.

For obvious reasons, Beijing has the same line. Therefore, as noted in the same studies, in the joint interstate declaration of 1996, the parties confirm that they are

“against national separatism in any form, they will not allow any organizations and forces to carry out separatist activities on their territory directed against the other side.”
The same is reflected in the 1997 declaration:

“... The parties confirm that they will “oppose any kind of national separatism, not allowing separatist activities of any organizations and forces directed against the other side on their territory.”
Accordingly, in 2004 and 2006 By decisions of the Supreme Court of the Republic of Kazakhstan, the activities of such recognized terrorist organizations as the East Turkestan Islamic Party and the East Turkestan Liberation Organization were banned.

In September 2002, a group of Uyghur activists led by former Chinese Kazakh Uyghur K. Kozhamberdiev came up with an initiative to create the "People's Party" Uyghurstan ". She had to defend the interests of the "majority" of the national minority.

The party of these "Bolsheviks" declared its goals to be the unification of all Uyghurs and the achievement of "sovereignty of Uyghurstan" by purely political means. However, the "majority" party did not receive proper support in the Uyghur diaspora in Kazakhstan and soon disbanded itself.

It remains to be noted that even today the authorities of Kazakhstan take into account that up to 1,3 million Kazakhs live in the XUAR. Therefore, a different Kazakh policy towards the Uyghur issue is fraught with appropriate measures by Beijing against the Chinese Kazakhs.