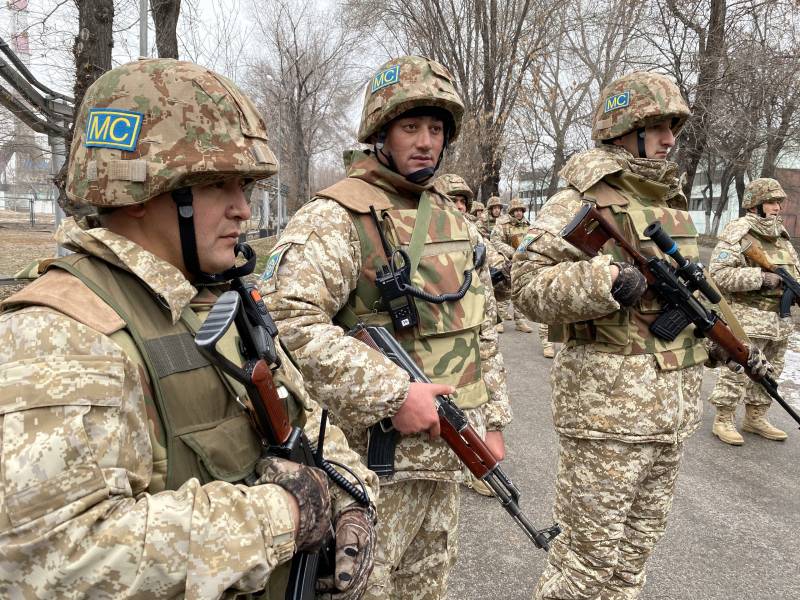 New photographs have appeared from the streets and facilities of Almaty, where the CSTO peacekeeping forces are deployed. Recall that a few days ago, the request for the introduction of the contingent was sent personally by the President of Kazakhstan. According to Kassym-Jomart Tokayev, without the CSTO contingent, on its own, it would be extremely difficult or impossible to stabilize the situation.


The Russian Ministry of Defense is publishing new footage of CSTO servicemen in Kazakhstan.

The pictures show servicemen from Russia, Belarus, Armenia, Tajikistan and Kyrgyzstan, their equipment, weapons, technical equipment. For example, on Seifullin Avenue of Alma-Ata there are servicemen of the Collective Security Treaty Organization with automatic weapons and sniper rifles (SVD). On Panfilov Street in the same Alma-Ata, objects are guarded by Russian servicemen from the CSTO contingent with automatic weapons and a stock of ammunition in automatic magazines. 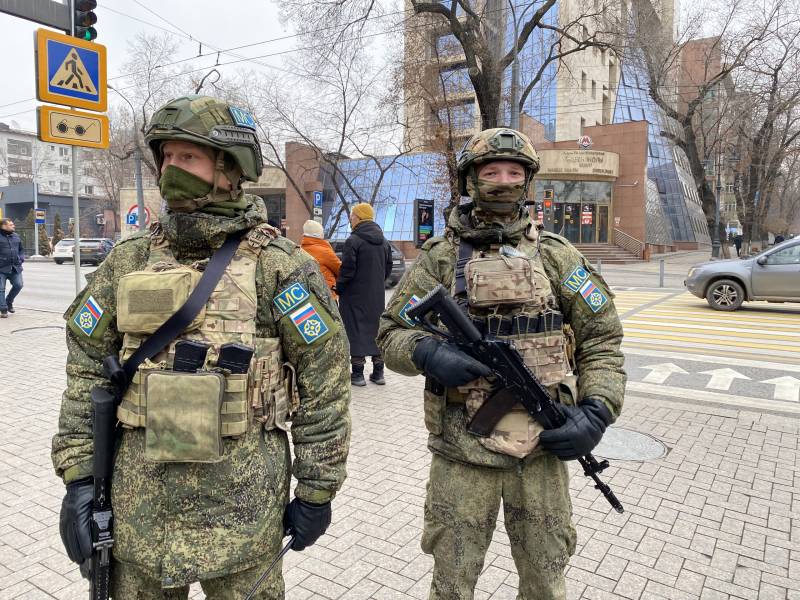 You can see armored vehicles "Tiger" with combat modules on the roofs. 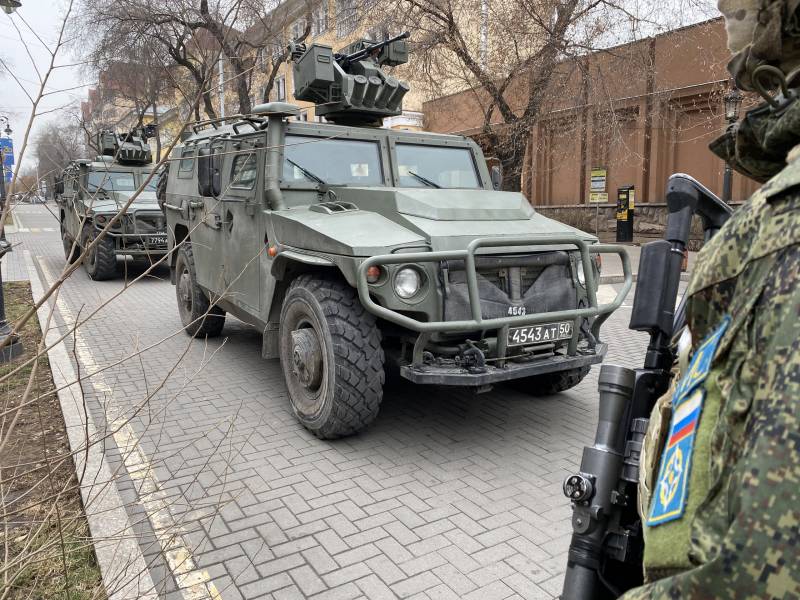 Special forces from Tajikistan conducted training sessions at one of the guarded facilities. Among their weapons you can see grenade launchers. 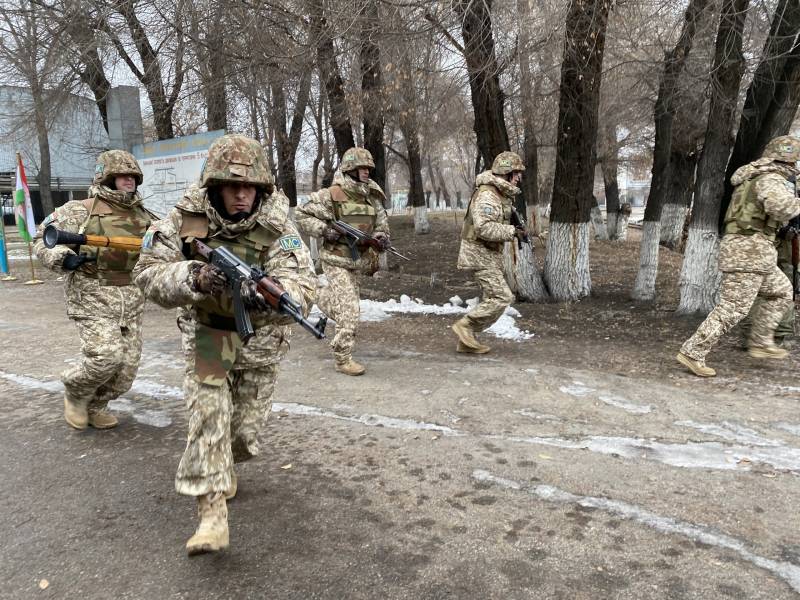 The checkpoint of the CSTO peacekeepers on the Alma-Ata street of Bauyrzhan Momysh-Uly: 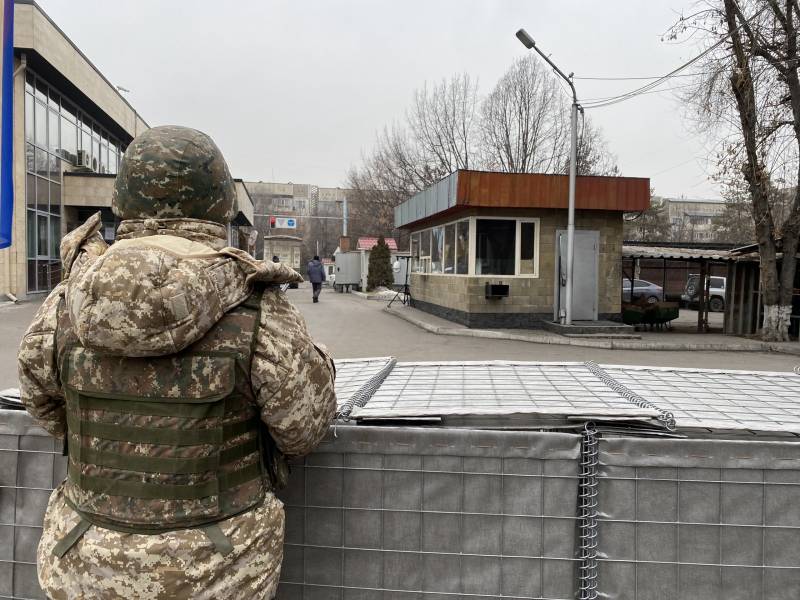 A platoon of peacekeepers on Marechek Street (Alma-Ata), you can see a soldier with a machine gun: 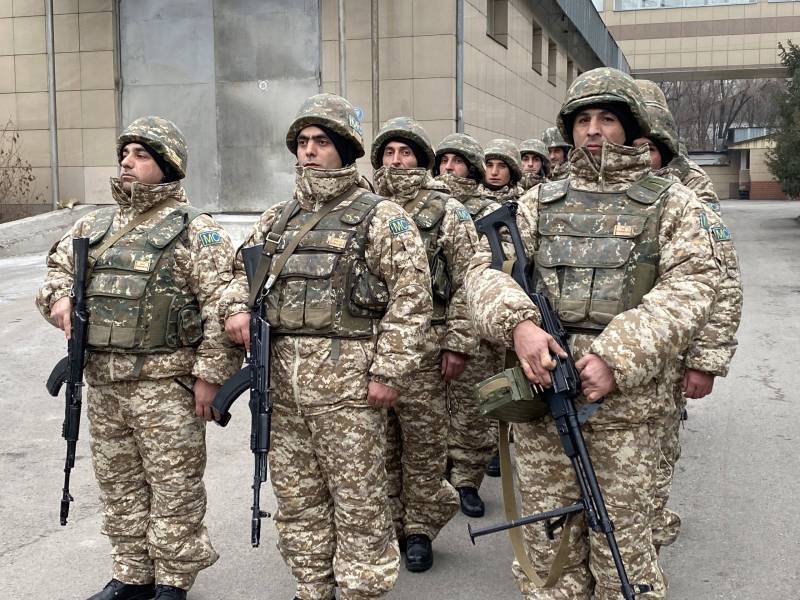 A few hours earlier, Kazakh President Tokayev announced that the CSTO peacekeeping mission in the republic had been completed. Starting from January 13, the contingent will be withdrawn from the republic. Ordinary Kazakhstanis note that in such a situation, the president must be 100 percent sure that there will be no new pogroms and clashes.

Meanwhile, ministers of the new Kazakh government have been appointed in Nur-Sultan. Murat Bektanov was re-appointed as Defense Minister. In fact, he retained his post, again becoming a minister after the resignation of the Cabinet, which took place a few days ago. Initially, Lieutenant General Bektanov was appointed to the post of head of the Ministry of Defense of the republic in 2021.