Cossacks sent ... The pro-Russian government in Kyrgyzstan was replaced by Pentagon appointees? 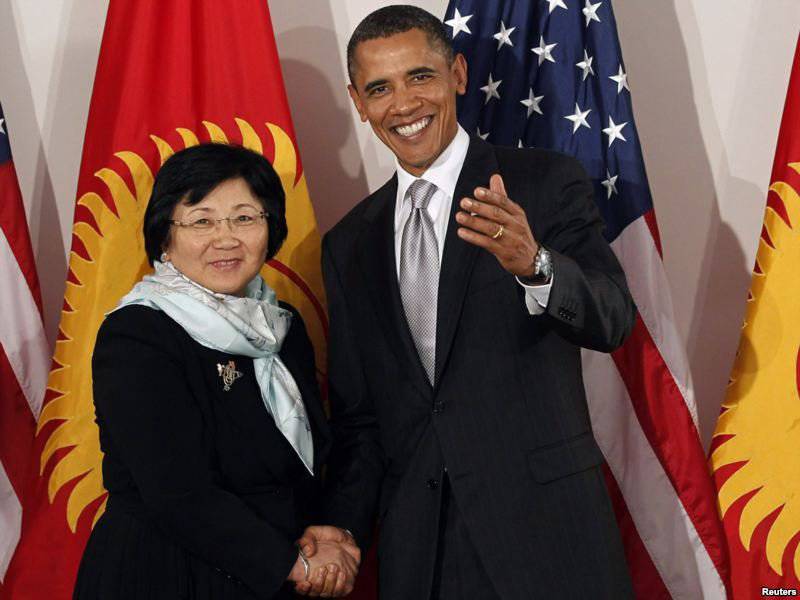 Expert: "The new government of Kyrgyzstan consists of representatives of the Pentagon"

The public figure and the ex-presidential candidate of Kyrgyzstan Toktayim Umetalieva is sure of this.

- A few days ago, the Pentagon congratulated the cabinet on the election of Satybaldiev to the post of prime minister. What would it mean?

- It was the Pentagon’s spin doctors who worked here that worked very well. They did this in anticipation of Putin’s visit to Kyrgyzstan and the SCO meetings. In fact, today we received a governing body of the government, consisting of key Pentagon representatives in key strategic areas. The henchmen of the American White House came to power. Those individuals who have passed a number of educational schools in the West have formed a new Cabinet. The Foreign Ministry was headed by a representative of the Institute for War and Peace Lighting, other ministries - his colleagues in Western democratic institutions. The level of literacy is one thing, but the level of connections, of unity of views in one direction or another is another matter. The actions of such persons can form a cold policy in matters of promotion within the framework of the Customs Union, lobbying interests across the Shanghai Cooperation Organization and other organizations. It is safe to say that the pro-Russian politicians have failed. Those people whom the Russian government moved into power were used by political consultants to accurately and beautifully in the pre-autumn parliamentary conflict. All Western institutions were silent that the new coalition agreement contradicted the Constitution, that a number of appointments were made outside the framework of the Basic Law. It seems to me that today the president is completely bestowed by pro-Western politicians, who are beautifully led by Roza Otunbayeva and her associates.

- It was said that Babanov was removed by the hands of Russia? Why would Moscow, in this case, bring pro-Western Jantoro Satybaldiev to power?

- Trick in another. Today the regional balance has been broken, that is, a system of future conflicts is being built. There is a strengthening of the southern bloc of politicians, an imbalance of the north and south in power. This factor can be fraught with certain consequences. Today, only the president with curtailed powers remained in power from the northerners. The southern factor also played in the case when the parliament almost unanimously voted for the new prime minister. The regional balance is violated by all the same political technicians who find it advantageous to promote certain individuals. These people feel perfectly inter-ethnic, inter-regional friction, skillfully manipulating them in the implementation of their projects on the influence in the country and the formation of a conflict unstable situation. The trouble with the president is that he clearly does not own many of the software projects that the West is discussing - these are FANO, the large Middle East, and others. Today, Russia and the future Eurasian unity suffered serious damage. Pro-Russian politicians knocked out of the first rows of the strongest worlds of all. However unusual this may sound, Babanov was a pro-Russian politician. His business is connected with Russia, as well as his and his colleagues Nariman Tyuleev (deputy, ex-mayor of Bishkek, who is in jail on suspicion of corruption - auth. Note). There is nothing left for the pro-Kremlin forces but to place bets on the mandrass of the Kyrgyz people on political and party issues, on the dissolution of parliament.

- How long will the new cabinet last?

- Of course, forecasts are generally not bright. Everything will depend on the alignment of foreign policy forces, decision-making on key strategic issues and, above all, on the issues of the water and energy complex, and on the priorities that we will consolidate after Vladimir Putin’s visit.

- Does Kyrgyzstan realize joint projects with Russia, because this week agreements on Kambar-Ata and the Naryn hydropower plant cascade should be signed?

- It depends, again, on foreign policy influence and on real readiness on equal conditions of both parties to make a non-verbal constructive decision.

- Will Putin's arrival be able to solve the pro-American problem?

“Putin will not be able to solve anything in the government scenario.” It is unlikely that his visit will play a major role in changing the policy in this area .. It is possible that a new show will be organized by his arrival. In order to change the balance of forces, the leadership of Russia must radically change its positions, tactics and cooperation strategy, move away from the waiting position, strengthen the work on integrating the civilian sector. Unfortunately. Moscow officials and political consultants see only officials, forgetting about the powerful potential of the civil sector, which is effectively used by Western institutions. Today, the Ministry of Justice counts over 9 of thousands of organizations of LLC, NGOs with foreign participation, and among them there are rather weak indicators with the participation of Russian citizens, while we represent the country with the largest Russian-speaking population as a percentage of other CIS republics. It is necessary to move from concrete statements about Eurasian unity and customs union to concrete actions, if the visit proceeds in this vein, it can acquire a completely new character, breaking out of the framework of the usual visits.

- Where will ex-head of government Babanov go?

- In Babanov, to a greater extent it is not a politician who is to be considered, but a businessman who, having come into politics, preserves an entrepreneurial philosophy. Babanov can form a strong enough opposition, at the head of which the West will try to pull out its "bulldozers", in particular, the same Mr. Beknazarov or Madame Otunbayeva.

- Why did you put Otunbayev in these ranks?

- She has always been there and today she already opposes the president, her actions are aimed at the destruction of the pro-Russian figures, in particular the most recent, the president himself. As they say, look for a woman. She tactfully substituted Premier Babanov, skillfully manipulating the destruction of strong political players. Under the guise of settling bills for the ex-prime minister before Atambayev, she carries out her secret work, relying on the offended. She went along with Tekebayev with people promoting anti-Russian sentiments, in particular with the former head of the Presidential Administration, Emilbek Kaptagayev, and she is conducting an active, undeclared election campaign by region, relying on funds from international donor institutions. Its behind-the-scenes actions on attempts to form the necessary blocks, both in opposition and in power, are well visible.