"Kazakh winter": where did the CIS members look? 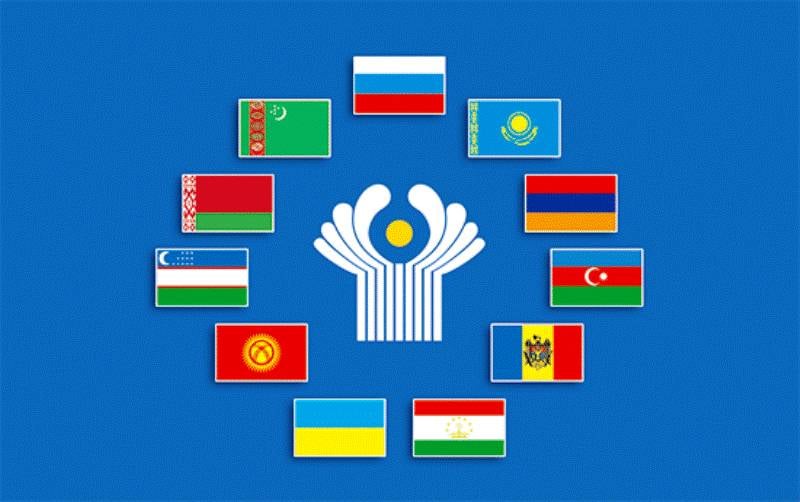 About nothing in St. Petersburg

Because of the events in Kazakhstan, there really were many times more questions at once, and at the same time, as one might expect, there were fewer and fewer answers. And this was already noticeable on December 28 in the northern capital of Russia - St. Petersburg.

It was there that the last summit of the leaders of 10 countries of the Commonwealth of Independent States, once named the heir and successor of the USSR, took place. In St. Petersburg, officials gathered, let's say, not from the first row, and they obviously did not expect such a surprise, which January 2022 in Kazakhstan presented to everyone just a week later.

And there was nothing concrete in the decisions of the St. Petersburg Forum. As there were no substantive decisions themselves. At the same time, the parties assured each other of almost brotherly mutual feelings, and reiterated their intentions to develop interstate cooperation.

It seems that this forum itself was organized, at the initiative of Moscow, only in order to demonstrate, albeit indirectly, to the outside world the very existence of such an interstate institution as the CIS. But none of the countries represented at this forum expressed support for the "Russian red lines".

Nor was there any collective concern over the current situation in Russia's relations with the European Union, the United States and NATO. And this despite the fact that most of the countries participating in the forum - Belarus, Kazakhstan, Kyrgyzstan, Armenia and Tajikistan - participate, along with Russia, not only in the CIS, but also in the CSTO and the EAEU. 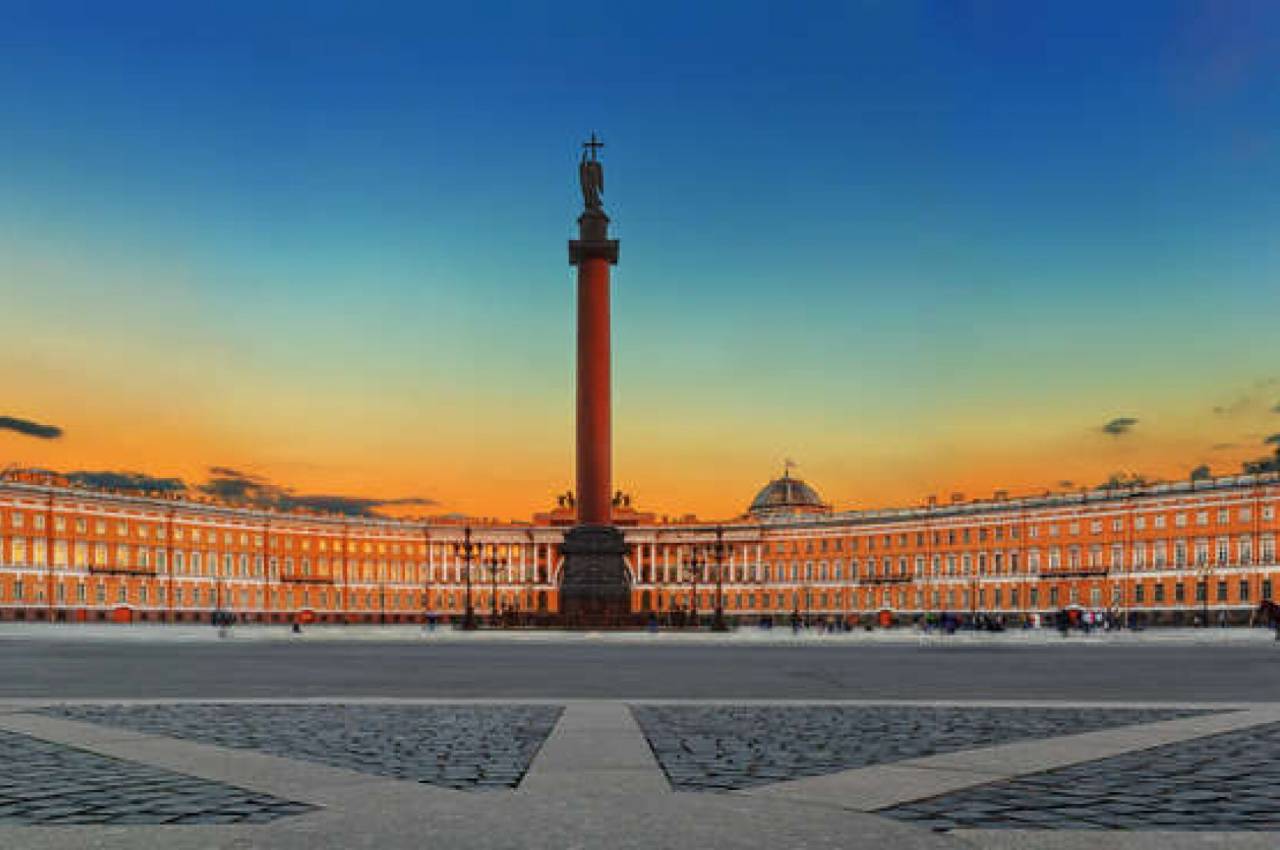 Unfortunately, the mechanisms of the CIS since the time of its proclamation remain ephemeral, declarative, and therefore do not bind anyone to anything. Suffice it to say that the declaration on the creation of the CIS and related documents (1991-1994) do not envisage, for example, the refusal of the participating countries to participate in the EU, but most importantly - in NATO and any other military-political blocs.

The rapprochement of all ex-Soviet countries with these blocs has been developing since the beginning of the 90s and is still developing, but within the framework of the CIS, these trends have not been discussed and are still not discussed. Let us recall that for almost all the 90s the Russian side also, albeit not too publicly, aspired to NATO membership.

Is it because, not only during that period, but also in the early 2000s, the leadership of the Russian Federation was in no hurry to designate any "red lines" in relation to other countries of the near abroad. Although after the bombing of Yugoslavia, it was high time to draw them.

Only in 2004 did the accession of the Baltic states to NATO provoke an official negative reaction, but among the countries of the Commonwealth and the CSTO - only in Russia. The same situation is with the reaction to the increasingly active rapprochement with NATO and the EU of countries such as Ukraine, Moldova and Georgia.

In the same vein - the continuing situation with the recognition by the CIS countries of the Russian status of Crimea: it is officially recognized - in the CIS region - only by Kyrgyzstan. In turn, the separation of Abkhazia and South Ossetia from Georgia, in the status of independent countries, is still recognized in the post-Soviet space only by Russia.

But the aforementioned changes in the political geography of these CIS countries were not discussed in advance either within the framework of the Commonwealth or within the framework of the CSTO. As a result, Ukraine and Georgia left the CIS. Plus, the structures of the Commonwealth do not in any way affect the solution of issues related to the settlement of the Transnistrian problem.

All this, taken together, "alienates" Moldova from the CIS. In addition, Moldovan President M. Sandu did not receive an invitation to the St. Petersburg summit of the CIS-2021 - despite the fact that Moldova still has observer status in the EAEU. So Chisinau can also leave.

As for the trade and economic segment, let us note, for example, that since the beginning of the 2010s there has been a free trade zone of the CIS (8 countries). And what? - Russia and many other countries of this zone often "exchange" mutual trade sanctions, but these issues also remain largely outside the prerogatives of the specialized structures of the CIS.

These structures hardly have real levers of influence on the foreign economic policy of the member states within the Commonwealth. In addition, according to TASS,

“In the FTA agreement (2011), Russia retains about 100 export duties on trade with the countries participating in that zone: these are duties or other restrictions, including on the main goods of Russian export - oil and / or oil products, natural gas , untreated wood, non-ferrous metals, cement, a range of chemicals, alcohol. "
The same situation with the aforementioned norms in other countries of the zone. For example, the same Kazakhstan retains at least 30 exemptions from the free trade regime in the CIS. That is, it retains duties, including on oil, gas, wool, aluminum, and some types of chemical fertilizers.

Tajikistan retains duties and restrictions on more than 10 commodity items, including meat products, most types of fruits, cotton fiber, aluminum, and hides.

Belarus, in turn, retains about 10 “duty” positions in exports to other FTA countries: for example, potash fertilizers, untreated timber, a number of types of oil products and chemicals. Moreover, the goods mentioned are also the main ones in the export of these countries to the near and far abroad. 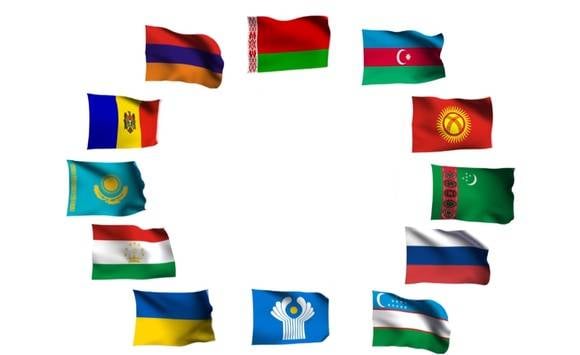 Only Armenia and Moldova have completely abandoned export duties under the Commonwealth FTA. It is obvious that in this area there is a very significant contrast with the free trade regime in the European Union or in the North American free trade zone (USA, Canada, Mexico).

Has the CIS done its job?

Is it necessary to explain that the real possibilities of the Russian Federation in upholding the notorious "red lines" by no means in the least depend on the collective position of the CIS - at least in the CSTO. But, again - in the context of the same factors - is no collective position on this strategic issue foreseen yet?

According to the professor at the University of Cologne Gerhard Simon,

“With the help of the CIS, we managed to organize a more or less peaceful division of the Soviet Union into independent states. So the CIS has already done everything it could.

And its possibilities are limited. The CIS did not even try to solve really important problems - for example, conflicts between Russia and Georgia, Russia and Ukraine, energy supply issues. The Commonwealth is not even ready to talk about these topics. "
It is obvious that the aforementioned flaws in the legal and political-economic structure of the CIS are also used by the United States. So, according to the political scientist, retired Ambassador Extraordinary and Plenipotentiary of the Ministry of Foreign Affairs of the Russian Federation Vasily Korchmar,

“We do not know how to work like the Americans and some other Western countries in the CIS countries. Maybe many do not know, but the US ambassadors in the CIS countries have a fund, it is very huge. This fund is used to support politicians, various local foundations, and non-governmental organizations. We lost to Ukraine, Georgia, the situation is the same in Moldova: there will be a further tilt towards the European Union and the United States. The US is already in command there, as in Georgia and Ukraine. "