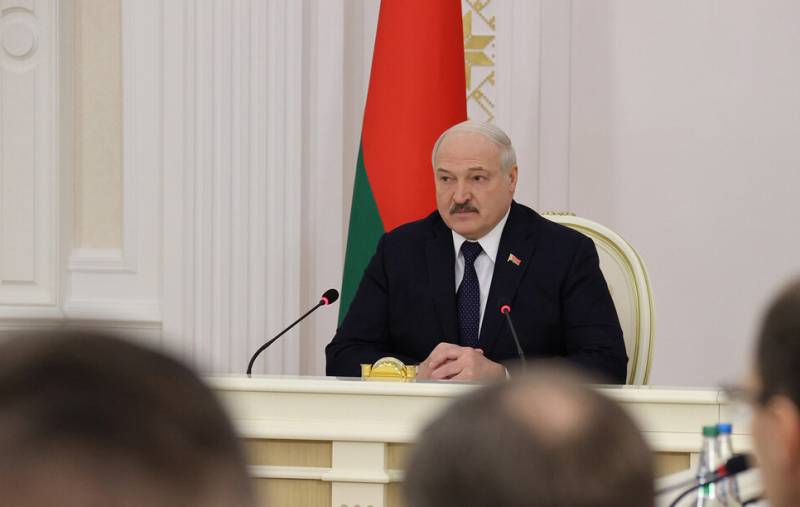 In Minsk, at a meeting on implementation historical politicians Alexander Lukashenko indirectly addressed the protesters in Kazakhstan. According to Lukashenka, "someone calls these people bandits." He himself chose a softer term for them - "protesters".


The President of Belarus called on the participants in illegal actions to stop:

Have made some noise, and that's enough, until it has gone far. We need to negotiate. And with this president, Tokayev, you can come to an agreement. He is a diplomat, an intelligent person.
Also, the Belarusian president called on the protesters in the cities of Kazakhstan "to go and kneel in front of the military."

Lukashenka pointed out that in this way it will be possible to stop the growth of "the crack that has been outlined."

And after that, it will already be necessary to negotiate with the authorities, with Tokayev. He invites those who are interested in negotiations.
As the Belarusian leader noted, the protesters in Kazakhstan must understand that this is their country and that they will not have another country.

This is a kind of half-hint at the slogans recently sounded in Almaty and other Kazakhstani cities in the style “We want to live like in Sweden”, “Kazakhstan can become the second Sweden”.

Additionally, Lukashenko called the events in Kazakhstan a lesson for Belarus that cannot be ignored.

Let's remind that last year similar events developed in Belarus itself. Then the protesters demanded the release of political prisoners and a review of the election results. After a while, the activity of the protest began to decline. No revision of the results of the presidential elections took place - Alexander Lukashenko continues to be at the helm of the Republic of Belarus.