Kazakhstan: it could have been different 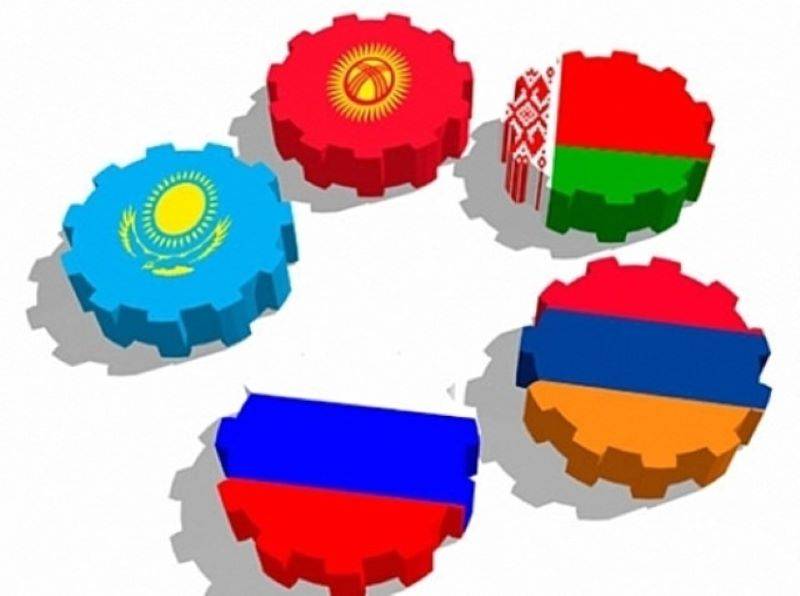 Most likely, the threat of an explosion in Kazakhstan, a social one that quickly grew into a political one, was suspected not only there. And, most likely, the same Kassym-Zhomart Tokayev, as well as Nursultan Nazarbayev, who sat in the shadows, was warned about this. 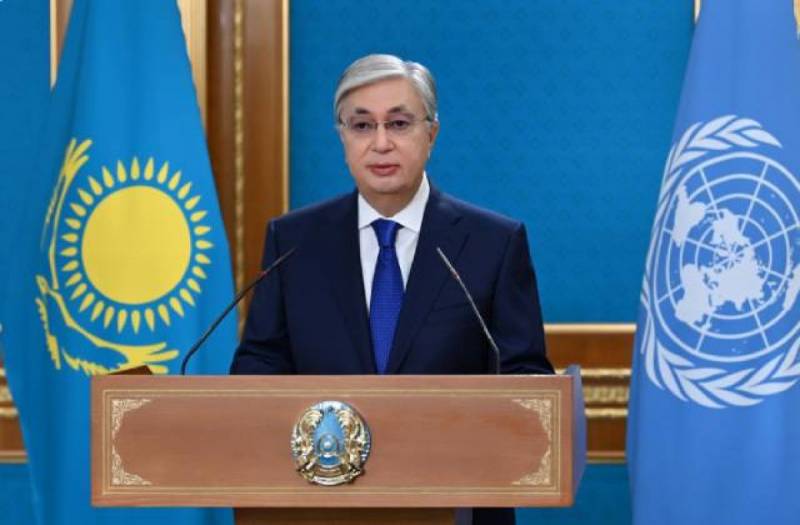 But the warned, apparently, were not at all the same. One call from Moscow could change, if not everything, then a lot. But if they did call, then again - not those to whom they would listen. As for the main integration structure, the Eurasian Economic Union, there were clearly no gestures at all.

And in general, what is the EAEU? Why is it better than the EU, which is bursting at all the seams, or the “toy” Union State? That is why, apart from freedom of goods and an open border with Belarus, an ordinary person is neither warm nor cold.

Oh, if the EAEU was any kind of capable union. But in the situation with the Kazakh "gas maidan" this structure, as if created for retired bureaucrats, once again demonstrated its incapacity.

It seems that there is nothing in this structure that will work in real politics. There are also no effective mechanisms for commodity and, in general, economic mutual assistance between the participating countries.

"Only business and nothing personal, that is, superfluous"? Is this the motto of this integration structure? So after all, it was the tough business that always dictated and today dictates politics. Unless, of course, politicians are in the clouds.

Even before the current crisis, Alexey Portansky, professor of the Department of Trade Policy at the Higher School of Economics (HSE) of the Russian Federation, characterized the prospects for economic integration through the EAEU in an extremely harsh manner:

“It will not be possible for the EAEU to become a real competitive grouping in the world economy as soon as its creators would like it to be. The longer the geopolitical interests of Russia outweigh the economic ones in the EAEU, the longer the formation of the union will take. Now the political component prevails, but integration should take place, first of all, in the trade and economic sphere. If there is a delay in this area, then you will have to pay for it. "
Let's make allowances for the fact that Portansky is a traditionally liberal university, but that the economy simply needs to be put ahead of politics, it follows many times proven postulates. 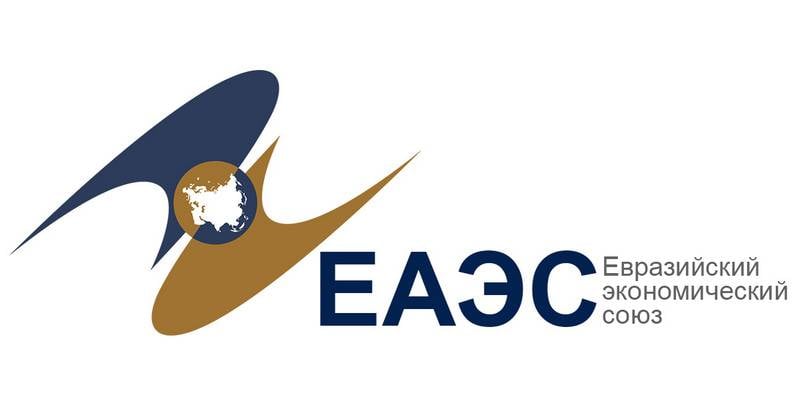 And this is especially important in the event of the emergence and even more an increase in the deficit there of any "fundamental" goods. And to end up with problems with gas prices in a gas-producing country - this, you see, had to be contrived. However, every day there are more and more doubts that the Kazakh Maidan is really just a "gas" one.

There is a union, there are no goods

And in general - are there real interstate commodity reserves of the Eurasian Union? It seems that there are none by definition. This can be judged by the "tacit" reaction of the EAEU-EEC (Eurasian Economic Commission) to the disastrous situation with liquefied gas in Kazakhstan. Anyway, by now.

Moreover, both in terms of parameters (legal, economic, geographic) of these stages, and according to the method of uniform pricing for these products and for their transit within the EAEU. If the Eurasian Economic Commission and the EAEU in general were really capable of something, the gas shortage in Kazakhstan could well have been foreseen and prevented in a timely manner.

Hence the conclusion - there was and is not, apparently, any monitoring-dynamics of the situation with these goods, and not only in Kazakhstan? On the other hand, countless solemn reports of the EAEU-EEC, as well as the top officials of the participating countries, continue about the increasingly successful allegedly social and economic development of all countries of the Union, about the stable growth of their mutual trade, about the equally successful implementation of countless integration programs, etc.

At the same time, it is characteristic that the EEC, we repeat, does not react in any way to the situation with gas in Kazakhstan; there is also no information on possible measures taken by the EEC-EAEU to fill its deficit. But the share of exports in Kazakhstani gas production is not less than 20%, up to 90% of this export volume falls on the PRC.

It seems that Kazakhstan foresaw a gas shortage situation in connection with the rapidly growing export of this raw material to the PRC. But they tried to fill the upcoming deficit not by adjusting plans for production, processing and export, but by volumes of gas through the new Power of Siberia branch through Kazakhstan. More precisely, with these volumes the Russian Federation would have paid for the transit of gas through Kazakhstan to the PRC. 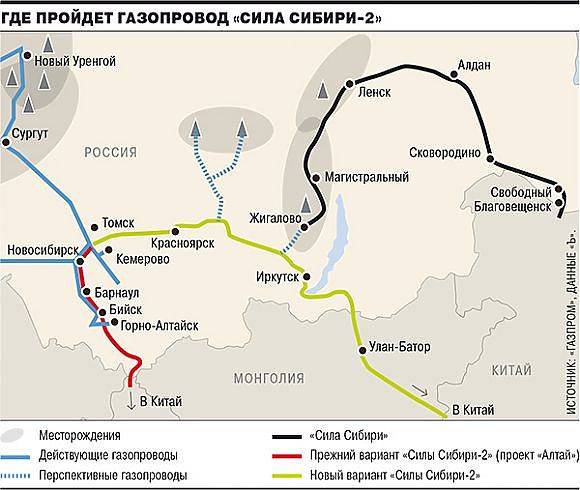 As early as February 18, 2020, the head of the Kazakh Ministry of Energy N. Nogayev told the national media that

"The Power of Siberia-2 gas pipeline, which is planned to be sent to China, can be partially laid through the territory of Kazakhstan with a subsequent exit to China."

The minister specified that “this project was proposed to the Russian side».

The Minister of Energy of the Russian Federation Alexander Novak, as N. Nogayev assured, “took this offer into account". Ultimately, in 2021, the option "Power of Siberia-2" was chosen through the Trans-Baikal Territory of the Russian Federation and Mongolia. This is due to the fact that the distance of the Mongolian transit is about half as long as the Kazakh option.

And the volume of Mongolian gas consumption is incomparably lower than Kazakhstan's - due to the dominance of coal energy in the country based on local coal resources. Accordingly, the payment for gas transit in the Mongolian version is also significantly less than for gas transit through Kazakhstan. 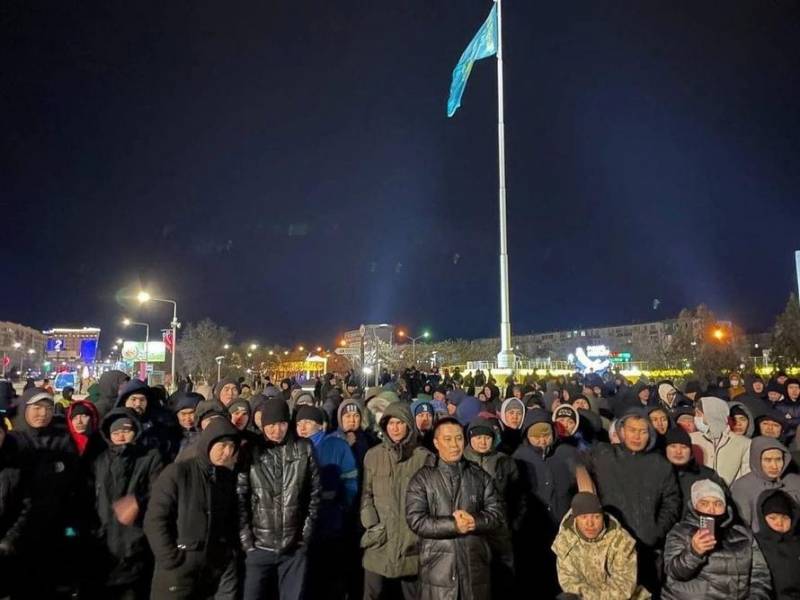 But even taking into account the growing crisis in the internal gas consumption of Kazakhstan, the EEC-EAEU did not track the negative impact on it of high export volumes to the PRC. And this was not the first year that was observed. By all indications, the situation in the country with gas processing and gas supply in general was simply allowed to flow.

And there were no recommendations from the EAEU-EEC, apparently, to Kazakhstan on its gas policy. In addition, the EEC did not and does not have powers guaranteeing the priority of precisely supranational internal and external economic decisions for the countries of the Union. As well as the obligation to implement these decisions.

However, do even the recommendations of the same EEC - of course, if they exist - have any real "feasibility" for any country of the Eurasian Union? .. Today, a completely different integration structure - the CSTO - comes into play.