The European Commission paradox: green transition and a future without Gazprom 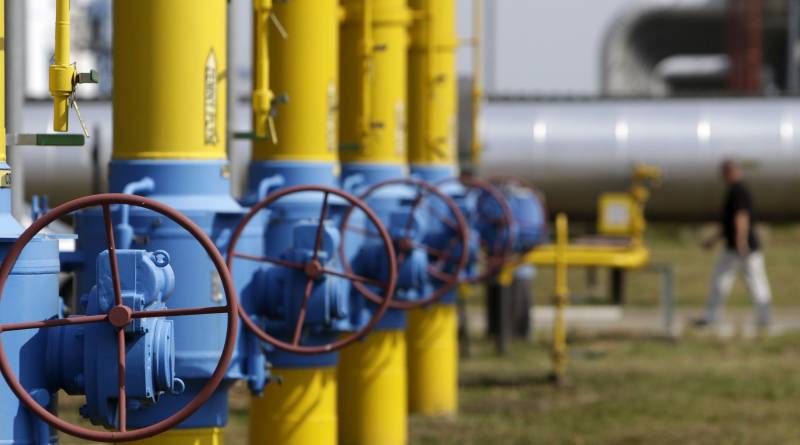 On December 15 last year, the European Commission adopted an important document on the imminent transition of most of the industry to decarbonated hydrogen and home-grown biogas. So far, it is only a program requiring approval by all EU countries.

In accordance with the idea, by 2050, European leaders hope to abandon most of the services of Russian Gazprom, having made a form of revolution in their country. The words of the new German chancellor, Olaf Scholz, are indicative:

“We have 250 years of prosperity behind us based on the burning of coal, oil and gas. And there are some 23 years ahead, during which we need to get away from fossil fuels. And we will do it. "

Scholz, 63, makes promises easily - by 2050, he is unlikely to be able to adequately respond to today's calls.

History unfolding against the background of the transition of natural gas to the category of real "golden fuel" - in December 2021, the price for Europeans jumped to $ 2 per thousand cubic meters. It turned out to be cheaper, as the great Dmitry Mendeleev said, “to heat the stove with banknotes”.

By the New Year holidays, the situation leveled off a bit, and the price fell below $ 800 - the supply of American liquefied gas and windy weather in Europe, which increased the generation of electricity, had an impact. However, falling prices will inevitably turn off LNG suppliers, who will deploy LNG carriers back to Asia, and the cost of fuel will rise again.

But this does not in the least bother the members of the European Commission - a bright future lies ahead without Gazprom.

At the moment, Europe consumes at least 380 billion cubic meters of gas per year, of which 95% is natural gas. The remaining minuscule share is allocated to the aforementioned low-carbon biogas and hydrogen.

Despite the existing "green" transition, natural gas occupies a rather significant place in the European energy balance - up to a quarter of the energy consumption market: 39% of heat and 20% of electricity are still generated in the Old World. And, given the current state of affairs, scrapping this situation will be very expensive.

It is easy to get confused in European programs to reduce emissions into the atmosphere - the initiative of December 15 is far from the only one, but most likely the most radical.

Back in the summer of last year, the head of the European Commission, Ursula von der Leyen, announced the Fit for 55 project, according to which, by 2030, the total European carbon dioxide emissions will decrease by 55%. 1990 was chosen as the starting point for the ambitious plan.

For this purpose, Europe will impose additional duties on imported steel, fertilizers, non-ferrous alloys and even cement from 2023. Typical protectionism that has nothing to do with the rules of the World Trade Organization.

But there is nothing to do - carbon neutrality requires huge costs from industrialists who, in fair competition with foreign manufacturers, will simply bury entire industries.

Up to 2,5 million people employed in the metallurgical, cement and automotive industries may find themselves unemployed.

To be fair, the Europeans are still doing pretty well to reduce their contribution to the world's carbon dioxide emissions on the planet. In 2017, a decrease of 22% was recorded compared to 1990. For comparison: the European economy grew by 55%.

But the energy crisis of the last fall-winter showed that not everything is going smoothly with diversification.

For 10% of the world's emissions

To implement a new carbon neutrality program, Brussels plans to electrify literally everything around by 2050 in order to reduce countries' dependence on gas generation. Obviously, some industrial facilities and households will be forced to partially switch to heating from wind turbines and solar panels.

What will Europeans do in calm and cloudy weather in winter?

For this purpose, underground mega-storage facilities for natural gas (or its low-carbon analogue) will be created, capable of saving the 446 million population of Europe from freezing at peak consumption.

All this is being built under the impression of the current energy crisis - the Europeans simply did not have time to fill the existing storage facilities in time and are now forced to purchase gas at exorbitant prices.

And finally, hydrogen should be the main hero of the energy transition in Europe by 2050.

Mostly this gas, obtained by electrolysis of water, will provide the European Union with a zero carbon dioxide balance - as much was thrown out, the same amount was consumed.

On a global scale, such a decrease is practically irrelevant, since all EU countries provide no more than 10% of global greenhouse gas emissions. But this is enough to calm the conscience of the Brussels bosses.

Then the real fantasy begins.

The fact is that hydrogen itself conventionally has several color gradations - "green", "yellow", "blue" and "gray". Europeans are striving to transfer their economy mainly to "green" hydrogen, that is, obtained with the help of electricity from wind and solar power plants.

Its cost can reach, depending on the place of production, $ 10 per kilogram. Naturally, in Europe with its expensive labor force, this parameter will tend to the upper price limit. In addition, the seasonal cyclical nature of the operation of wind turbines and solar panels will seriously complicate the uninterrupted supply of hydrogen to consumers.

The most sane developers of the program for the release from carbon dependence by 2050 still left little room for natural gas - no more than 5-10% of the total consumption. But this will no longer be a product of Gazprom, and it is supposed to be used either at enterprises where it is absolutely impossible to refuse it, or to obtain “blue” hydrogen.

The colored term refers to hydrogen obtained from natural gas with the subsequent disposal of a by-product - carbon dioxide.

About “yellow” hydrogen (obtained using electricity from nuclear power plants) and even more so “gray” (from natural gas without a CO utilization cycle2) in the European Union do not want to hear.

To top the story, Europe plans to abandon long-term contracts for natural gas by 2049, hoping to thereby get rid of the influence of Gazprom, which now controls about one third of the market.

In the dreams of Brussels officials, a very idyllic picture is being built - the entire European Union is enveloped in a network of gas pipelines through which an environmentally friendly mixture of biogas and biomethane with an admixture of hydrogen flows. Local producers are connected to the centralized system, from time to time injecting portions of home-grown gas.

But this entails "the need for careful gas quality control", it is not clear only how to do this on such a scale.

And this is far from the only question for the developers of the decarbonization program for Europe.

The fate of industrial giants (for example, the metallurgical concern ThyssenKrupp), the European commissioners, it seems, do not really care. Steel smelting and no less energy-intensive production of cement throughout Europe are proposed to be converted to hydrogen, or to biogas generated from decaying biomasses.

Governments so far only promise protective duties, and interest-free loans - there is no technology yet. Even if industrialists find a convenient way to meet the new requirements, this will dramatically increase the cost of production, and there can be no talk of any export. And many European countries live only on the export of high-tech products with high added value, for example, Germany.

The way out, it would seem, is in the import of steel from countries where it is cheaper, but even here it is an ambush - high customs duties on environmentally "dirty" products.

As a result, in the pursuit of carbon neutrality, the products of a large part of European industries will no longer be of interest to buyers abroad.

A detailed analysis of the situation with the European energy transition gives an unequivocal answer - the whole story was started solely for the sake of its own energy security.

More precisely, the European Union dreams of dictating terms to Russia without fear for gas supplies. Environmental concerns are not even in the background here.

And high gas prices are now very welcome for the European Commission - it allows to powder the brains of its own electorate. Say, look at what electricity bills you are now receiving, and in the future we will get rid of this, you just have to endure for twenty years.

And there is no way to launch Nord Stream 2 and saturate the EU with inexpensive fuel - it's not environmentally friendly. With high natural gas prices, Europeans are trying to justify the tens, if not hundreds of billions of dollars that will have to be invested in a happy energy future in 2050.

Simply because the average European does not care deeply about the level of carbon dioxide emissions. For him, like everyone else, it is important that it is cheaper and of better quality. For example, ordinary people buy electric cars, from which the whole West is crazy now, not because they are environmentally friendly, but because part of the cost and taxes is subsidized by the state.

That is why the European Commission by hook or by crook will stop the launch of Nord Stream 2 - this will actually destroy all plans for the green economy.

What's the point in spending billions on plans for 2050 if Russian gas is now traded again at a convenient price?

In the sequence of defending their energy interests, the Europeans must be given their due, but the effectiveness of the measures taken raises great doubts.

Europe has reduced its dependence on hydrocarbons for several decades, shutting down coal and nuclear power plants only to face the exorbitant price of natural gas in 2021.

The new concept of the European Commission not only fails to solve this problem, but also lays the foundation for other, much more destructive changes.