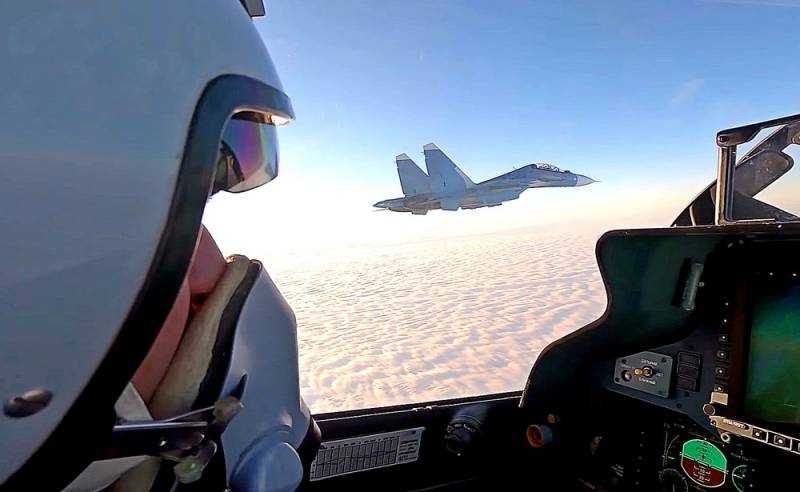 The Russian Aerospace Forces can receive the upgraded Su-30SM2 fighters in 2023; it is at the end of next year that special flight tests of the new aircraft should be completed. This was announced by a source in the aviation industry.


According to a representative of the Russian defense industry, the modernized Su-30SM2, which received the AL-41F-1C engine from the Su-35 fighter, has now begun special flight tests, which should be completed by December 2023. The fighter must make more than 150 flights; to date, no more than 10% of the required volume has been completed.

In the process of performing SLI on the Su-30SM (D) and Su-30SM2 aircraft, it is envisaged to issue a preliminary opinion, which will allow, according to the decision of the Ministry of Defense of the Russian Federation, to supply Su-2023SM30 aircraft with AL-2F-41S engines in 1
- leads "Interfax" source words.

According to preliminary information, the first batch of modernized Su-30SM2 should be delivered to the Aerospace Forces by the end of this year. How many planes it will have is not reported. Also, the Ministry of Defense has not yet officially announced information on the total number of Su-30SM combat fighters planned for modernization. To date, the Aerospace Forces and the Navy have about 130 Su-30SM, which have been delivered since 2013.

Simultaneously with the modernization of the combatant Su-30SM, the Ministry of Defense will also purchase new-built Su-30SM2 fighters. The contract for the supply of 21 new Su-30SM2 fighters was signed in 2020, it is planned that the new aircraft will strengthen the sea Aviation.

The modernized Su-30SM2 fighter is maximally unified with the Su-35 fighter. In the course of modernization, combat fighters will receive the AL-41F-1S engine and the Irbis radar, the avionics, electronics will be improved, and the arsenal of weapons will be expanded.
Ctrl Enter
Noticed oshЫbku Highlight text and press. Ctrl + Enter
Military Reviewin Yandex News
Military Reviewin Yandex Zen
125 comments
Ad