January 4 2022
16
What are the designers capable of having received carte blanche? Flying equipment, Tanks with four tracks, military robots are just the tip of the iceberg of engineering. We present the project "The strangest combat vehicles in the world" from the creators of the legendary game World of Tanks. The rubric tells about the amazing, courageous and disastrous decisions of tank engineers. The protagonist of this issue is the epicycloid "Wallpaper".


Many battles of the First World War were positional. On the Eastern Front, the confrontation between the parties without a significant superiority of forces could last for months. Sooner or later, one of the armies grew and with the help of a breakthrough forced the enemy to retreat, but another potential way to influence the situation could be the invention of a siege machine.

For the Russian army, the time of the First World War was not easy. The western border of the Russian Empire was guarded by several fortresses. The troops fought both for their own and for the enemy fortifications, and at the turn of 1914-1915 were able to take the fortress of Przemysl. At the end of March 1915, she fell, and already at the beginning of May, the Germans launched a breakthrough in Gorlitsa. The main formations of the Russian army at that moment were in the Carpathians - the situation was critical. At the same time, a letter from Lvov came to the office of Nicholas II with the note “personally for the emperor”. 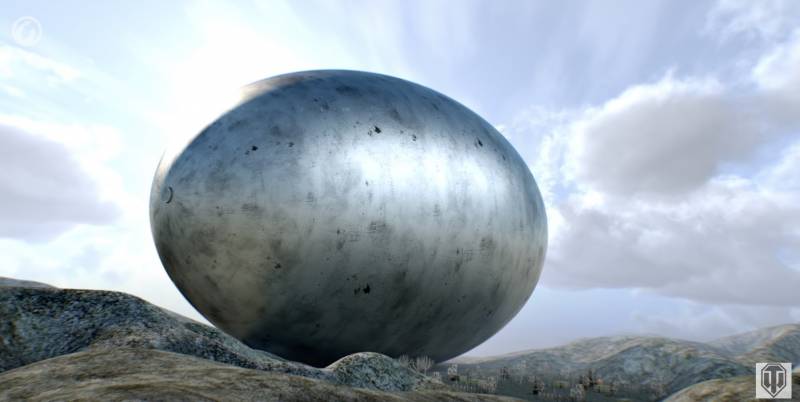 The letter, signed by Ivan Fedorovich Semchishin, presented a work entitled "Project for a car before breaking trenches and enemy fortresses or epicycloid" Oboi ". “Whenever we had some kind of large armored barrel or roller that can be turned in the directions we have indicated, inside a motor driven by a motor, we could drive it over the enemies,” the author described his idea in this way. The letter, written with errors, but with enthusiasm, was not ignored. The original project was transferred to the Main Military-Technical Directorate of the Russian Empire.

Semchishin's idea was unlike hundreds of others. The vehicle was 930 meters long and 650 meters high. In theory, she could just drive forward, crushing buildings, manpower and everything that gets in the way under her. The engines located inside were supposed to raise the flywheel, thanks to which "Oboi" would roll on the ground at speeds up to 321 km / h. It was also proposed to install heavy artillery at the tops of the ellipsoid.

Inside Semchishin divided the car into 2 levels. The lower one was the engine compartment, and the upper one looked like a real city with branched sewers, gas pipelines, ventilation, electricity, and even living quarters and warehouses. The armored ark was designed for several hundred people. 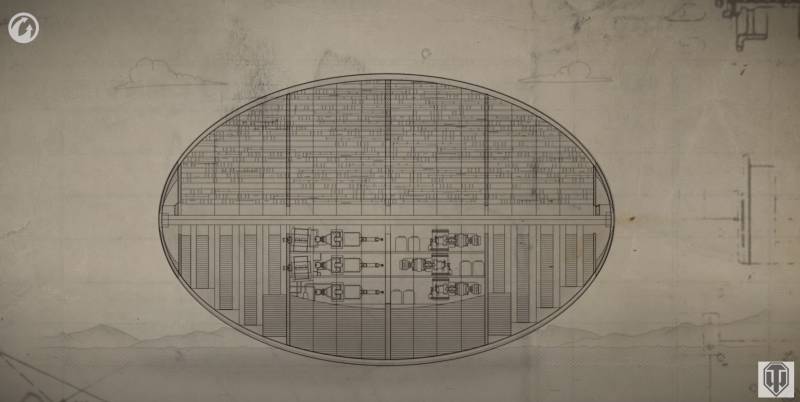 The GVTU rejected the project, and there were several reasons for that. First, the difficulties with disguising and protecting such an invention during construction, since it is almost impossible not to notice it from the air, and for defense it would be necessary to organize an entire air defense area. The second problem would be the giant's unpredictable behavior. Heading for the enemy, he could easily crush both settlements with civilians and military buildings. Neither the "Wallpaper" routes, nor the ways to distract the enemy's attention were worked out. In the end, according to Semchishin's version, the thickness of the vehicle's armor was supposed to reach 100 mm, but taking into account the declared dimensions, it would simply crumple under its own weight. Meanwhile, historians are sure that the movers that could set this giant in motion simply do not exist. Even casting huge metal flywheels and connecting rods without defects would be extremely difficult.

After Ivan Semchishin's idea was rejected, the connection with the inventor was interrupted. However, this did not prevent him from entering history military engineering of Russia. The Oboi project has no analogues and, most likely, remains the largest designed combat vehicle that was not built in metal. According to experts, if the ellipsoid had been brought to mind by professionals, it would have made no less impression on the battlefield than the appearance of the first tanks, and it certainly would have become one of the loudest sensations for a whole century to come.

For more details about the "Wallpaper" epicycloid, see the video from Wargaming.