Import extremism: how the West is trying to rock the North Caucasus 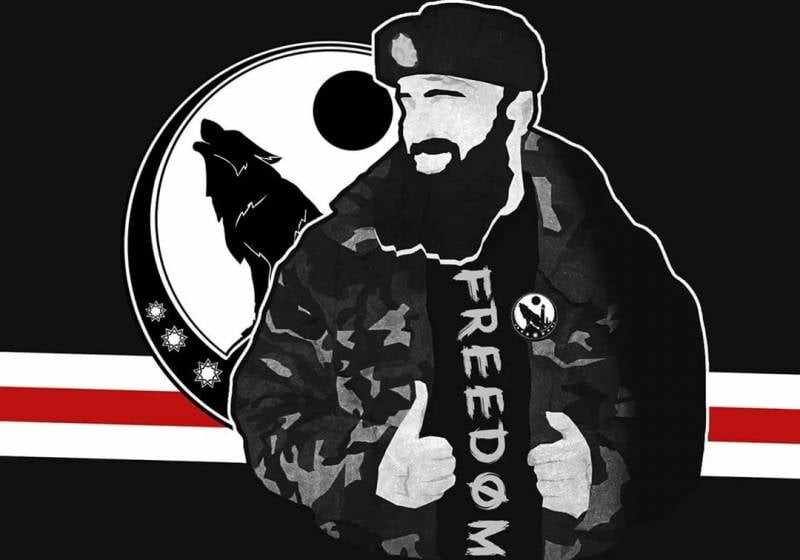 The heroization of Chechen terrorists is one of the important points of the extremists' program. Source: instagram

A bunch of keyboard heroes

Playing on internal contradictions in Russia is becoming the main item on the Western agenda. First of all, they work with the North Caucasus - traditionally one of the most difficult regions of the country. The stirring up of a new hotbed of tension is viewed by foreign intelligence services as an excellent measure of weakening the Kremlin.

The logic in the tradition of the "domino effect" is rabid propaganda, playing on the feelings of justice and freedom, provoking a protest movement, and then - whatever happens. In the best case - a new war in the Caucasus, where "everyone is against all", in the worst - the violent suppression of the separatists in order to establish constitutional order.

In the latter scenario, Western players will once again cry out about the massive violation of the "rights, freedoms and brutality of the regime" with all the ensuing consequences. Therefore, the creation of opposition channels, analogs of the anti-Soviet and anti-Russian Radio Svoboda, is in any case beneficial. So to speak, this is a win-win political investment - it will not be possible to provoke a material effect, so at least the seeds of doubt will be thrown into the fragile and stupid minds.

The second scenario for the development of events is the radicalization of local youth to the level of ISIS and the like, banned in Russia. That is why a stream of glorification of Chechen terrorists, ideas of sacred jihad and the secession of the republic from the territory of Russia are pouring from abroad.

The "headquarters" of the extremist 1ADAT is located primarily in Norway. At the same time, the organization does not represent any real opposition force in the usual sense. There is only one issue on the agenda - the overthrow of Kadyrov's team and the separation of the republic from Russia.

The authors do not stand on ceremony with the methods of influencing content consumers.

For example, the commentary on the appearance of a combat MiG-29 in the Akhmat Kadyrov memorial complex as an exhibit is indicative. The functionaries of 1ADAT (an extremist organization) immediately called the car “an instrument of the invaders,” who killed Chechens in the 90s and 2000s, and shamed the leadership of the republic. The plane was called - neither more nor less the machine of the genocide of the Chechen people.

In accordance with such a low-grade logic, Chechens should not generally take in their hands weapon made in USSR-Russia. Still, the "handful of keyboard heroes" conducting their propaganda from abroad should use more subtle methods.

This is far from the only informational stuffing of Chechen bloggers - heavy artillery is regularly used, including accusations of abducting and torturing people in the dungeons of Grozny. It is from the "true" stories of 1ADAT (an extremist organization) that foreign media get the data they need to stir up yet another anti-Russian hysteria.

The North Caucasian branch of the Committee Against Torture (a foreign agent) is also playing in unison, informing DW about the New Year's series of kidnappings in Chechnya.

The scale is striking - in three days in Grozny and the village of Goity (Urus-Martanovsky district) 21 people were thrown into the dungeons at once. According to foreign news agencies, there are many relatives of Chechen oppositionists among the detained.

However, both domestic liberal tabloids and media-foreign agents willingly support the rhetoric of the all-knowing West. News was aired in connection with the recognition of Telegram channel 15ADAT as extremist on December 1 by the Grozny court.

Ibrahim Yangulbaev, the ideological inspirer and founder of the 1ADAT (extremist organization) channel, has been honing his skills since 2017, when he turned his Wolves Creed group into a project of nostalgia for Ichkeria.

He assessed the current state of affairs exclusively as "Russian fascism" and "oppression of the Chechen people." And again, words about genocide, torture and heroes-liberators of Chechnya, of course, from among the terrorists. The law enforcement agencies treated Yangulbaev rather mildly - only 1,5 years in a pre-trial detention center.

The further development of history was the organization of the anti-Chechen extremist movement 1ADAT in 2019, as well as the launch of the eponymous Telegram channel in April 2021. If you can somehow figure it out with the office's numerous social networks, then with the "cart" everything is much more complicated - the community is still functioning normally. The founder, Ibragim Yangulbaev, managed to wander around Europe in search of a warm place, having inherited it in Germany, Turkey and Norway.

The result is a real anti-Chechen international network with a think tank in Norway, headed by the brothers Ibrahim and Bausangur Yangulbaev, and a Russian branch, where the third brother, Abubakar, is in charge, whose Pyatigorsk office was searched by law enforcement agencies on New Year's Eve.

It was here that indirect evidence of the financing of the brothers' activities by the American Freedom House foundation, known for supporting the most zealous adherents of state democracy, was discovered.

In particular, this is stated in the correspondence of one of the Yangulbaevs with a contact from the liberal environment - "Ibrahim and Baysangur have already stopped funding from Freedom House." Once they stopped, it means that they did not cope with the assigned mission, and in the near future we should expect more acts of anti-government staging.

A critical reader will rightly reproach this material for spreading conjectures, poorly supported by facts.

But there is a subtle nuance here.

Look how the internationally respected DW agency reacts to information from "trusted sources", that is, the Yangulbaev brothers. Shamelessly publishes data on torture and abductions in Chechnya, referring only to the opinion of the three extremists.

The German media prefers to forget about the notorious portfolio of the 1ADAT (extremist organization) project, but here is the rehabilitation of terrorism, and separatism, and denial of the territorial integrity of Russia. It seems that soon any criminal who has suffered from the "Kremlin regime" will be perceived in the West as a prophet.

In fact, the European media, together with American funds, are engaged in legitimizing the extremist movement in Russia.

The three Yangulbaevs are highly likely to receive the status of political refugees somewhere in the Baltics or Scandinavia, and then the presidents will listen to the words of these guys.

At the same time, the brothers are not limited to fighting exclusively in the information field. According to Ibrahim, he has "more people in France who are ready to go out and give them cancer."

We are talking about the formation (naturally, with American support) of storm trooper detachments ready for a crusade into Chechnya at the first signs of a weakening of the central government. Under the wing of the extremist 1ADAT, a foreign diaspora of Chechens who are opposed to both Kadyrov and the Kremlin is gathering.

And in order to add urgency to the problem in the eyes of the European public, more and more people are talking about “LGBT refugees” from Chechnya, “oppressed human rights defenders” and “persecuted activists”. Without this, sympathy cannot be achieved in the West today.