How I was Santa Claus 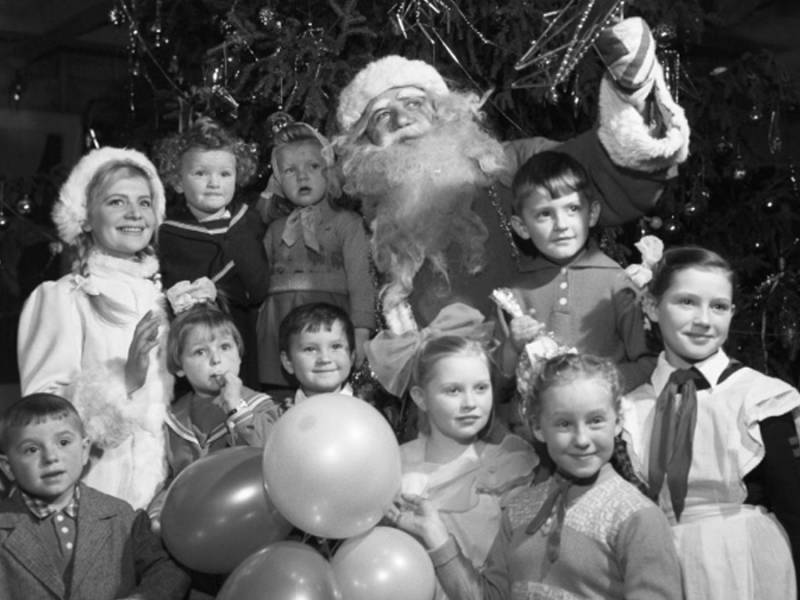 On New Year's festivities - from New Year's Eve to celebrating the old New Year through Christmas - there are many entertaining, curious cases and adventures.


I'll tell you historyas I was once Santa Claus.

It was a long time ago, back in Soviet times in the USSR, somewhere in 1974 or 1975 of the last century, when the majority of people, despite the existing difficulties (they always have been and will be), were sociable, benevolent, cheerful and sympathetic, calm and confident in a future without wars.

The war in Afghanistan has not yet begun, the film "Irony of Fate, or Enjoy Your Bath!" had not yet been filmed, artists Yuri Yakovlev and Andrei Myagkov were still young and alive, and Liya Akhedzhakova was not an evil old woman from the opposition, but a funny film actress of the second plan.

I was then working as a technologist in the tool shop. He was young, cheerful and not yet married. The trade union then gave me a serious task and showed high confidence - to be Santa Claus on the evening of December 31 and congratulate the young children of the shop workers. There were many children, about 40.

The Snow Maiden was assigned to me as a copier of our technical bureau - a spirited, cheerful girl named Liza, who was delighted with my "Dad Morozovism" and constantly laughed.

We were well equipped: red and blue robes with white collars, cuffs and trimmings, the same hats, Santa Claus also had a beard, mittens, a staff and a bag with gifts, which was heavy at first.

The driver of the VAZ car, which drove us all over the city, where the shop workers lived, was my leading technologist from our own bureau, Volodya (unfortunately, long ago, he died).

We were greeted by everyone we met. Sometimes we ran into other Santa Clauses with Snow Maidens and pretended to swear, jokingly figuring out which one of us is real.

Due to the large number of children, parents were strictly forbidden to offer Santa Claus and Snow Maiden a drink.

After all, it was on New Year's Eve, all the parents were already tipsy and in complete delight - even more than the children - from Santa Claus and Snegurochka, who were well acquainted with their joint work in the workshop. So everyone dragged us to the kitchen for a drink.

I held on for a long time, but the Snow Maiden turned out to be morally unstable, she was persuaded somewhere after half the distance, and only then she began to entice me.

So I congratulated the last children in the hall of the hostel (the whole hostel!), Already pretty tired and sitting on a chair, according to the following scheme: the parents gave gifts to the side and called the name of the child, I called the boy or girl, talked briefly and handed the gift.

But it all ended rather boring for me: despite the fact that Snegurochka and I wanted to continue the holiday, Volodya brought me home (it's great when Santa Clauses have sober assistants!), Brought me to the door, pressed the bell and handed me over to my parents.

... And that New Year, after soaking in the bath, I slept like a baby; naturally, I did not go to the company of young people where they were waiting for me.

And the popsicle ice cream, which the parents did not think to pull out, melted in the bag: they made alaverds for us and awarded us ice cream so that we would not melt!

And then Snegurochka said that she also did not go anywhere and also slept through the whole New Year.

We shouldn't have eaten that popsicle ...

Such is the irony of fate.