NI: By supporting some Ukrainians against others, the US authorities lead to an escalation of the civil conflict in Ukraine 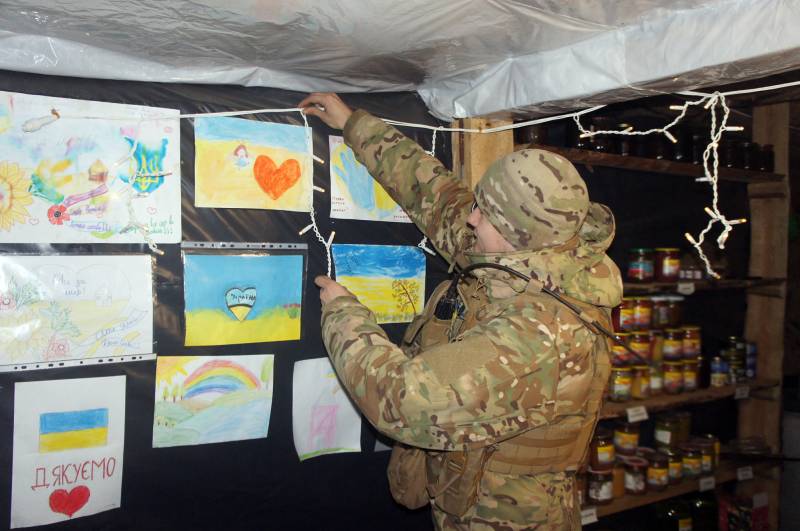 The United States actively asserts the position that supporting Ukraine is not just a profitable political step, but almost the duty and moral duty of the Americans. American propaganda paints the image of a young Ukrainian nation fighting for its sovereignty against the "evil empire" - Russia. Naturally, Americans have parallels with their own history the end of the XNUMXth century, when the formation of American statehood took place.


But the author of The National Interest, Mark Episkopos, writes that the conflict in Ukraine should not be approached so one-sided. Discourse about the political unity of Ukraine in its striving to isolate itself from Russia is nothing more than a widespread stereotype and political speculation.

In fact, Ukraine, and here Episkopos quotes the vice-president of the Center for National Interests George Bibi, is nothing more than a patchwork quilt - a state in which completely contradictory positions coexist. Today's Ukraine has become such a state due to the peculiarities of its history and, more broadly, the history of Eastern Europe, which for centuries remained a field of rivalry between the great powers - Russia, Germany, Austria-Hungary, the Ottoman Empire.

As noted by the American political scientist Professor Keith Darden, during the reign of the Russian Empress Catherine II, the eastern regions of modern Ukraine were inhabited by ethnic Russians and entered the Russian cultural sphere. Western Ukraine remained in the zone of Polish cultural influence. It is Western Ukraine, as the American author correctly concludes, for a long time remained the main citadel of anti-Russian and anti-Soviet sentiments.

But the east of Ukraine is a completely different region, with a different ethnic and cultural population, and it certainly gravitates towards Russia. Episkopos turns to an analysis of the results of the Ukrainian elections and emphasizes that Euro-Atlantic integration has never been the goal of the entire Ukrainian people. This is the goal of Western Ukrainians, who tend to identify with Europe. For the inhabitants of Eastern Ukraine, Russia has been and remains a reference point.

The American publicist makes the correct conclusion: US support for the current Kiev regime does not make Europe or Ukraine united or free. In fact, America is simply taking sides in the Ukrainian civil war. Naturally, the confrontation will continue in the future.

The NI notes that by supporting some Ukrainians against others, the US authorities are leading to an escalation of the civil conflict in Ukraine.

The very appearance of such articles in the American press cannot but arouse interest, especially in the context of the gradually changing US foreign policy towards Russia and Ukraine. It seems that American readers are gradually being pushed to the idea that Ukraine is not united and that some parts of it will have to be sacrificed. So far, publicists are talking about this and politicians of state rank are silent, but it is possible that in the foreseeable future these issues will be raised not in the pages of American publications, but in the White House.