"Sensational" "News". Now and about “Pantsir-С1”

20 September 2012
62
For quite a long time, a peculiar unpleasant tradition has appeared in the domestic media. Sensational first news negative about the Russian armed forces - about the course of rearmament, about the conditions of service, etc. Then it is reprinted by other publications, the news gets a significant spread and ... And an official refutation comes in, in which the situation is arranged on the shelves and it turns out that the initial scandalous message either incorrectly interpreted the facts or expressed nothing at all in relation to reality. Nevertheless, almost always official denials do not receive such distribution as negative "sensations." 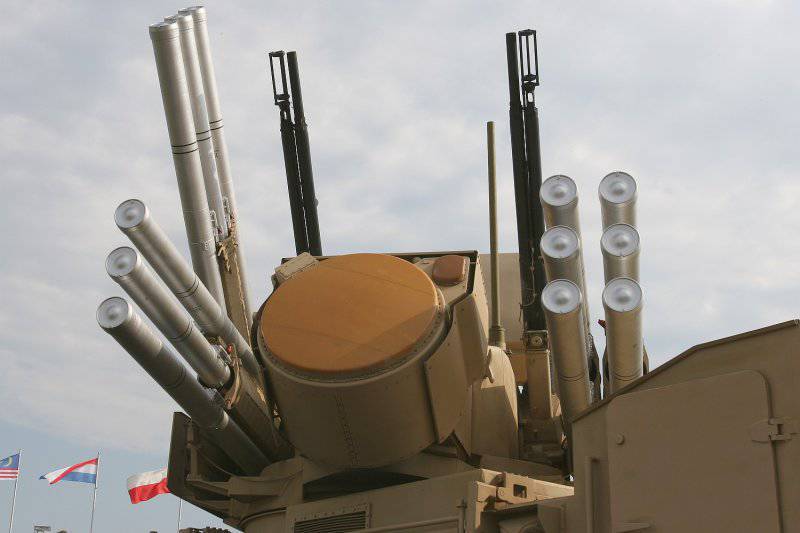 Pantsir-С1 (in the center of the target tracking radar) - two double-barreled anti-aircraft guns and 12 ground-to-air missiles, ready to launch

Another act of this farce happened literally the other day, and it was somewhat unusual. For some unknown reason, earlier “sensations” mostly appeared on Monday morning. Probably, this is somehow connected with the beginning of the working week and the opportunity to spread the news with greater efficiency than at the weekend. To the credit of the press service of the Ministry of Defense, most of the denials also did on Monday. This time, for some reason, the time frame has shifted significantly. A message about the failures of rearmament appeared last Friday (14 of September), and the refutation came only on this Tuesday (18 of September).

14 of the day, in the afternoon on the website of the newspaper "Izvestia" appeared a note with the loud name "Ground Forces refused" Pantsir "". In it, referring to a certain source in the command of the Ground Forces, it was asserted that the Ministry of Defense did not intend to procure the Pantsir-С1 anti-aircraft missile systems anymore. As a reason for this, the characteristics of the complex, which allegedly do not meet the technical requirements of the military, were mentioned. It is not difficult to guess that the name or other "coordinates" of the source were not called. It is worth noting that almost always in the context of such “sensations” certain anonymous sources appear in the Ministry of Defense, the military-industrial complex, etc. And in most cases, the information received from anonymous authors is not confirmed.

Nevertheless, the terrible reputation of anonymous sources did not prevent Izvestia from referring to another such character, this time allegedly related to the defense industry. According to another anonymous author, comparative tests of the Pantsir-С1 and Tor-М2 anti-aircraft complexes have already been conducted, which ended not in favor of the first one. The Pantsir-С1 allegedly has the following drawbacks: the rocket cannot hit maneuverable targets, the complex is not mobile enough and has problems with electronics. Finally, the “representative of the military-industrial complex” referred to the tactical uselessness of the short-range air defense missile system. He believes that in modern war, such equipment will be quickly destroyed by enemy aircraft using guided weapons of the appropriate range.

On Tuesday evening, the press service of the Ministry of Defense of Russia published official data regarding the news about the "Pantsiry". As it turned out, there is no refusal from procurement and it is not planned. ZRPK "Pantsir-С1" was put into service, in the Aerospace Defense Forces ten copies are already in operation. In the near future - until the end of October - the troops of the East Kazakhstan Oblast will receive the second batch of new anti-aircraft missile-gun complexes. Currently, the main task of these complexes is to cover the positions of the C-400 air defense system from dangerous objects in the near zone. Deliveries to the Ground Forces have not yet begun due to the lack of a corresponding modification of the complex, which is just being developed.

The means of military air defense have a number of characteristic features necessary for the full protection of troops on the march and on the battlefield. Among them is also a good cross. According to the Deputy General Director of the Instrument Design Bureau (Tula), where the Pantsir-S1 was developed, Y. Savenkova, currently the main claim of the Ground Forces is the chassis of the complex. The military doubt the quality of the wheeled chassis and want to get tracked. As soon as the design of the tracked version of the “Shell-С1” is completed and a prototype is built, it will be possible to draw conclusions about its prospects. However, it is already clear now that the complex will be supplied to the Ground Forces and, contrary to the statements of the anonymous author from the defense industry, not to compete, but to complement Tor-М2.

With the adoption issues, we figured out. Now it would not hurt to dwell on the statements of the “source” in the defense industry. Let's start in order. Allegedly, the 57E6E rocket cannot hit maneuverable targets. The stated maximum overload that a rocket can maneuver with is ten units. From this it follows that it is capable of destroying all types of targets that the military air defense of the near zone should deal with. Mobility complex. It is unlikely that the KAMAZ-6560 wheeled chassis can be called bad. On the highway ZRPK at its base can move at speeds up to 90 kilometers per hour. When driving on rough terrain, the maximum speed is significantly reduced, but remains at the level of most other military equipment. In general, as already mentioned, the only problem of the wheeled chassis is its less high permeability compared to tracked.

Finally, a small firing range. The arguments of the “representative of the defense industry” regarding the range of the “Shell-С1” for a knowledgeable person look rather strange. Over the past several decades, the concept of echeloned air defense has been used in our country. Both the country's air defense systems and troop anti-aircraft weapons are divided into several groups depending on the radius of action and are used in accordance with it. For example, in the composition of military air defense there are both short and ultra-low range complexes (2K12 "Cube" and 2K20 "Tunguska") with a range of no more than 15-30 kilometers, and long C-300B, a hundred plus odd. Thus, the troops have the opportunity to create a continuous zone of destruction with a radius of several tens of kilometers and reliably cover the columns of equipment or important objects. Breaking through such a defense is a very difficult task - in fact, most of the air attack weapons will be hit before they reach their target at a sufficient distance. The Pantsir-С1 complexes in such a system play the same role as the earlier Tunguska. A self-propelled anti-aircraft missile-cannon complex must be part of a column of equipment or near the stationary object to be covered and provide, if I may say so, the last level of protection. In addition, such systems with a small radius of action are used to close the so-called. dead funnel anti-aircraft missile systems longer range.

As we see, all the theses expressed in the well-known edition either have been refuted in official sources, or are shattered into smithereens by other open information. "Shell-С1" continue to be delivered to the troops and improved. As for sensational reports in the press, they are most likely caused by the desire to raise their own rating, even at the cost of misinterpreting the facts or attracting some anonymous sources. To maintain a normal information situation in the country, it would not hurt to get rid of this unpleasant phenomenon. But it is already completely different. история.