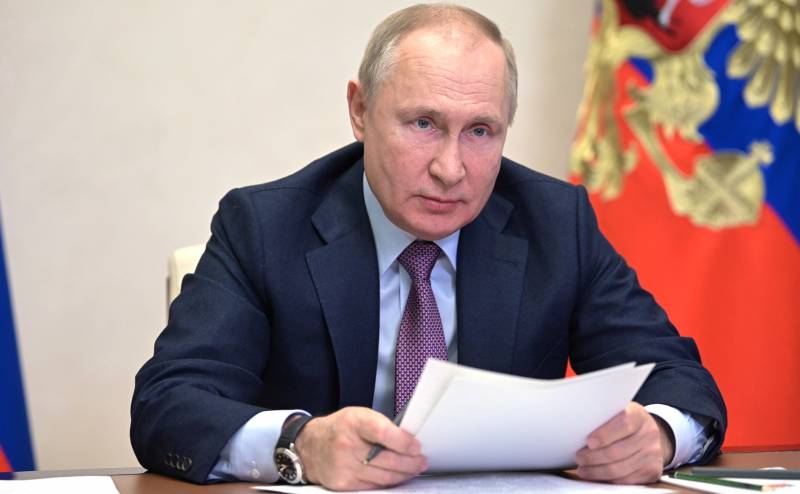 Russian President Vladimir Putin, according to the Israeli publication Haaretz, managed to demonstrate to his neighbors the strength of the Russian weapons and a willingness to take action. As a result, the West believed in Russia's ability to launch a large-scale armed conflict in Eastern Europe. As the newspaper writes, in 2021 Russia, China and Iran showed the whole world that it is possible to act contrary to the rules established by the United States. And Putin has outplayed the West, according to the author, even without attacking Ukraine.


We will remind that earlier the Russian mass media reported about the return of 10 thousand servicemen who took part in the exercises near the Ukrainian border to their places of permanent deployment. However, the statements of the Russian press, as the Israeli newspaper writes, do not mean that the risk of a Russian attack on Ukraine has completely leveled out.

The author of the Middle East publication believes that Moscow's statements may not correspond to reality: the troops can be sent to their deployment sites "for show", and at any moment they can quickly return to the border. In addition, 10 thousand people are only a small part of the total number of Russian troops concentrated on the Ukrainian border, which is estimated at about 100 thousand people.

At the same time, the Israeli newspaper doubts that President Putin really could have planned an invasion of Ukraine. But, in any case, writes Haaretz, the Russian side has demonstrated the success of its strategy. Moscow managed to identify the weaknesses of both Ukraine and the NATO bloc as a whole. The North Atlantic Alliance was "obscenely frank" in its unwillingness to provide military assistance to Ukraine and to enter into a conflict with Moscow over Kiev.

As the Israeli newspaper notes, the Russian president still perceives Ukraine as part of the "Russian empire", but everything rests on the material side of the issue: Moscow fears that the conflict with Ukraine could cost it dearly in every sense. The Russian economy does not need war, since it only comes to its senses from the consequences of the pandemic. The Russian society will not approve of the growing flow of planes with "cargo 200", the Israeli newspaper writes.

Nevertheless, the blow to the world order has already been dealt, and in this regard, Putin rather won. He showed the world community that he can launch an offensive against neighboring countries. It is interesting that the Israeli edition writes about a certain monopoly of Russia on external invasions, forgetting that the United States in the twentieth century and in the twenty-first century was the leader in the number of invasions of other countries. Reproaching Moscow with Georgia and Syria, Haaretz for some reason forgets about Yugoslavia, Iraq, Afghanistan, Libya, and in the same Syria, American troops are also present, as well as Russian ones.

In addition to Russia, the Israeli newspaper accuses China of an open demonstration of military power. Although China, unlike the United States, does not participate at all in external military adventures, this does not prevent Haaretz from suspecting Xi Jinping of undermining the rules established by the Americans.

Finally, the Middle East media could not ignore Iran, its main enemy. According to Haaretz, the Islamic republic, with the support of Russia and China, has shown that it is able to withstand pressure from the world community and develop its own nuclear potential.