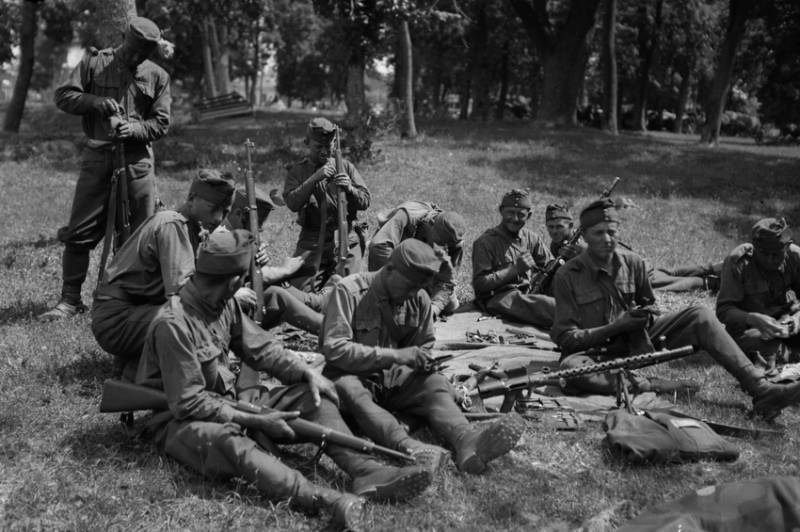 It is rather difficult to write about Hungarians.

There is enough material on the uniform of the Magyars, participants in the Second World War, on the one hand, and on the other, it is “smeared”. There are many general phrases, but not very specific ones. But I'll try. At least in general terms.
Do you remember my tradition of describing the footwear of the army of this or that country in one word?

So, Hungarian is "originality".
When I was just starting to search for material, at first I was thrown onto a site where VNA boots from the ATS period were described. But even then I noticed the unusual eyelets. Ankle boots, like ankle boots, and the eyelets in them are original. Oblong.
Why did it happen?
Let's start in order.
During the Second World War, the Hungarian soldier entered in a kind of uniform, in which one could recognize Italian motives, German practicality, but all this was thickly seasoned with national flavor. There are all kinds of feathers, hanging ...
The army shoes of soldiers and junior officers were leather boots of brown, red-brown and rarely black colors.

Distinctive features - narrow leather straps - bracelets with two clasps, covering the ankle, eight pairs of oval eyelets and tailoring that made the boots seem dull.
True, the realities of hostilities quickly made adjustments. And already during the war, the boots became lower and with the usual round eyelets.
I will try to explain what all these delights were for.
The bracelets on the legs prevented pebbles from getting into the boot.
Narrow?
So the Hungarian soldier did not have breeches or trousers, but breeches... Already sewn in and smartly tight calves.

Why are the eyelets oblong?
Because the laces were originally leather. Even later, when they became cloth, they are still flat.
Now I'll try to post photos of early and late boots. 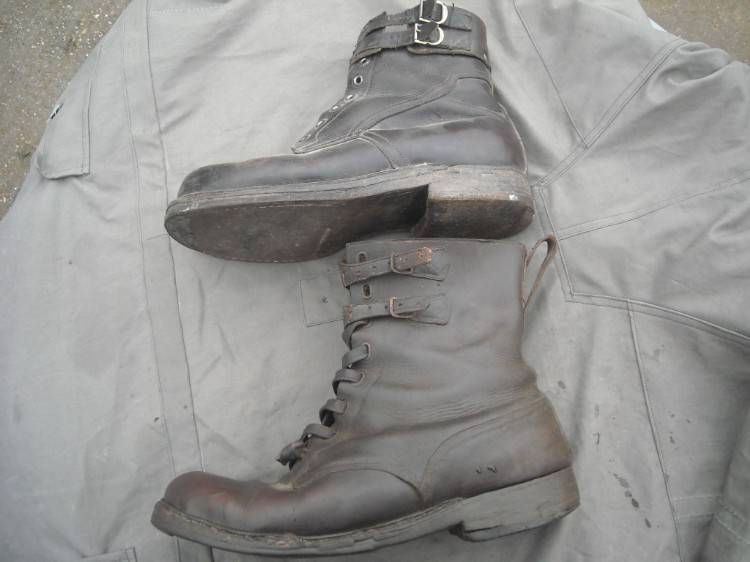 Above - late, wartime, from below - where it all began.
The sole is also leather, multi-layered. Nailed down with a lot of square-headed nails.
The heel and toe are reinforced with horseshoes.
The photo on the screensaver most likely shows the late period, when "Italian fashion" faded into the background, and German practicality took its place - the nails are too familiar. Although, judging by the fact that they are packed unevenly, this was most likely done in the field workshops.
Photo of the sole of the original: 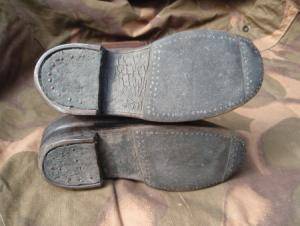 This could have ended, if not for bilgeri.
What it is? Today such shoes are called "off-road" trekking shoes. History the appearance of this shoe in the Hungarian army is quite interesting. In 1938, the experimental reconnaissance airborne unit Ejtoernyos was formed as part of the Hungarian Air Force. All equipment, including parachutes, for this unit was purchased from Germany, Italy or the United States, since it was not produced in Hungary. The command of the unit seemed promising and a military school for paratroopers was organized at the Szombathely airfield for training future paratroopers. And already the first jumps showed that ordinary infantry boots are not suitable for paratroopers. For example, during the jumps on September 1, 1938. out of six parachutists, two suffered leg fractures.
They needed footwear that, on the one hand, securely fixed the ankle and protected the foot from impacts upon landing, on the other hand, protected the foot from dust, dirt, moisture and made it possible to confidently move over rough terrain. To create such shoes, the Hungarians used the experience of the famous Austrian climber, pioneer of alpine skiing, Georg Bilgeri. Therefore, parachute boots with sewn-on tops, rubber soles with a developed tread and lacing for fixing the ankle have received the unofficial name "bilgeri". 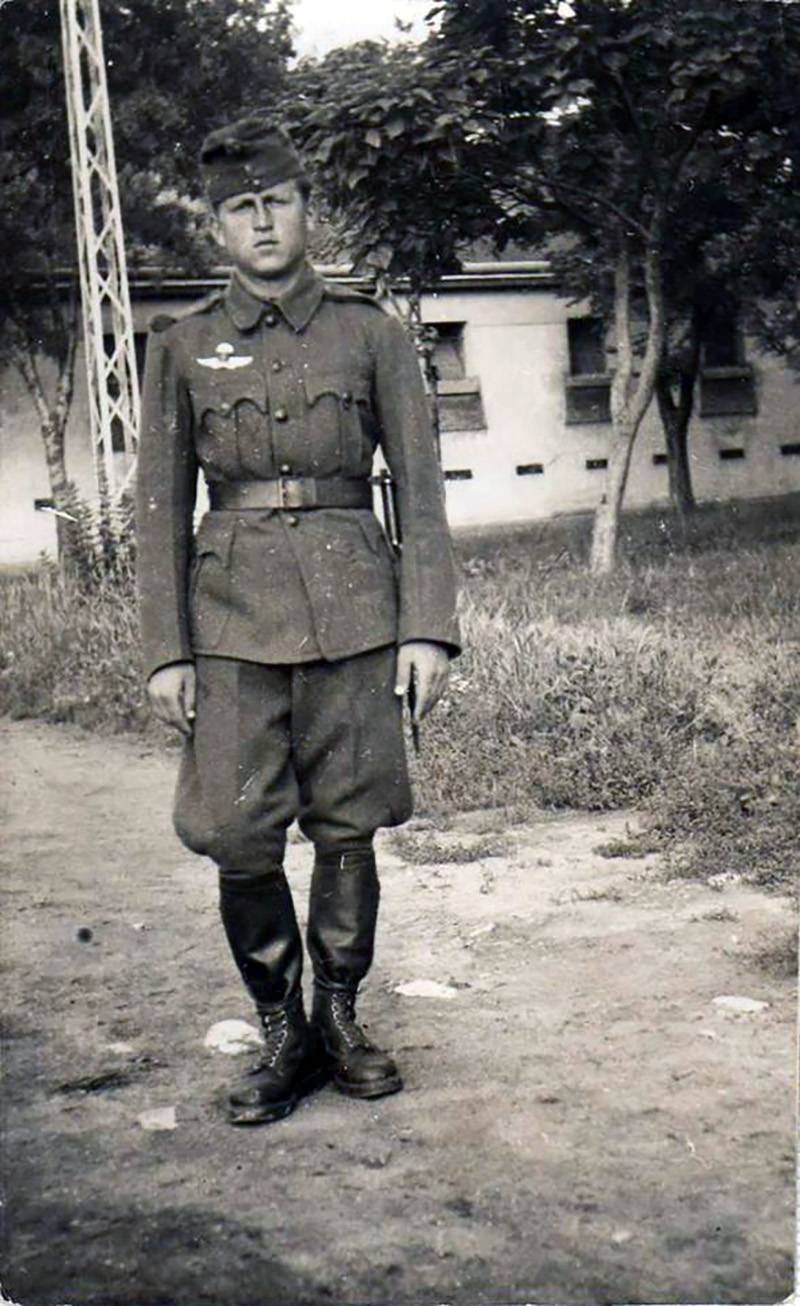 The shoes turned out to be so comfortable that they began to use them "out of order" as a ceremonial day off. For officers tank and automobile divisions in 1941 developed a simplified version - Fűzőscsizma 1941M. They differed from parachute boots with a simple leather sole and a lace-up boot instead of a fastener. But the name "Bilgeri" remained with them. As well as popularity. Those servicemen who were not supposed to have such shoes according to the state could buy them at their own expense or get them in another way, showing such an irreplaceable quality in army life as a soldier's ingenuity.