21 September 2012
14
Time is ruthless. 27 February 2012 was killed by another person who was rightfully considered a legend of special forces, rear admiral Gennady Ivanovich Zakharov, vice president of the Regional Public Organization “Association of Veterans and President’s Security Services”. 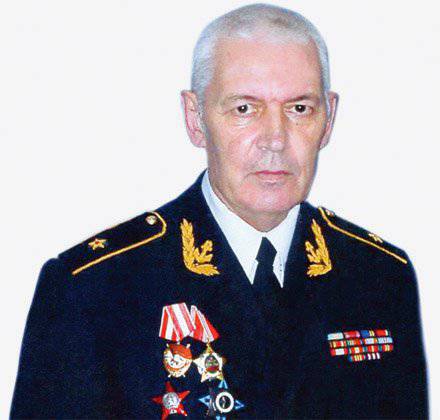 Gennady Ivanovich grew up in a mining town, where physical strength and the ability to stand up for himself were not just held in high esteem, it was a necessity. Therefore, the fighting qualities in it were laid from childhood. Already more seriously engaged in sports in the Naval School.
But more about that later. Now I would like to say something else.

Those people who were familiar with Gennady Ivanovich and knew history of his life, one cannot fail to get the impression that the fate of this man sent him where he did not even go and did not intend to go. Judge for yourself.

He graduated from the mining technical school and dreamed of working in his specialty after service at navy.

But instead of being called up to the fleet, the military commissar persuaded him to try to enter the Frunze VMU in Leningrad. The main reason that influenced the decision to “try” was the opportunity to ride to the city on the Neva River free of charge and see its sights. But only! However, even unexpectedly for himself, he passed all the exams as “excellent” and entered the mine-torpedo department.

Here I became interested in sports. He participated in competitions in marine all-around, swimming, water polo. In the team was a champion of Leningrad among naval universities, winner of the primacy of the Armed Forces. Got to serve the Baltic.

The second turn of fate happened in 1967, when Senior Lieutenant Zakharov already served as Assistant Commander of the amphibious assault ship. By the 50 anniversary of the Great October Socialist Revolution in the Baltic, demonstration maneuvers were conducted with the landing of a group of naval special forces from the Palace of Culture. Preparation for the landing went for ten days. The scouts could not help but notice that the assistant ship commander devotes all his free time to sports. But he also watched with interest the work of special-purpose naval intelligence — people whom no one even knew at that time. 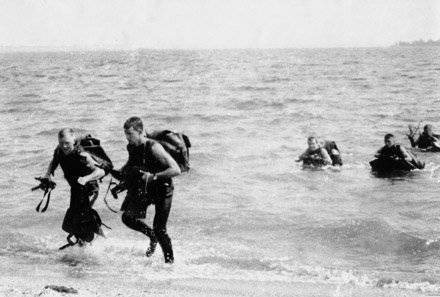 And fate intervened again. To serve and serve Zakharov on surface ships, but the commander of the special forces group at one of the last trainings was seriously injured, and there was no time to replace him. Then the scouts offered to take the lieutenant Zakharov instead of the commander for the time of the ostentatious disembarkation. The blessing his physical training allowed to make it. And they took it. And they did not regret it. Zakharov worked in such a way that after the exercises he was offered to go to the special forces of the Red Banner Baltic Fleet - 561 MRP.

All the time I was interested in a new specialty, constantly looking for ways of self-improvement in combat training, introduced these innovations into the training of subordinates. Gennady Ivanovich told:
“In the middle of the 1970's, a group of intelligence veterans and participants of the Great Patriotic War visited us on the Baltic. We showed them our skills of overcoming obstacles on the “scout trail”, as well as swimming, shooting and a forced march. Here one of the veterans, Colonel A. S. Muravyov, asked if we had a TT pistol and a revolver. I said that I have, only the scum sporty. Immediately Muraviev demonstrated shooting with two hands in motion. Shooting from the hip and moving along a scythe along a row of breast targets, he hit all the targets with two or three bullets to the head and chest. The distance to the targets was first 25, and at the end of 15 meters. We did not know how. It turned out that Colonel Muravyov served in the Smersh and for many years he had not lost his skills imparted in the war. I asked him to share my skill. He did not refuse, and this unique front-line experience was adopted by us. ” 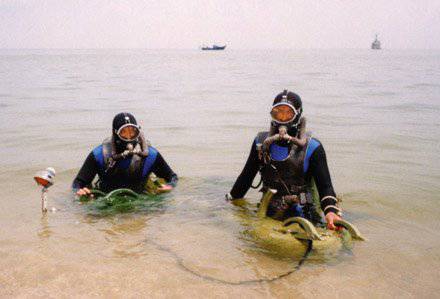 In the 561-m naval intelligence point, he grew to the commander of the detachment. Everything was going well, but fate again forced Gennady Ivanovich to make a decision that changed his future life.

The naval reconnaissance points, the so-called special purpose units of the fleet, were present in almost all fleets and even as part of the Red Banner Caspian Flotilla. The exception was the Northern Fleet. Created in 1957, the 304 MCI existed for a short time. It was recognized that the harsh conditions of the north do not allow to fully engage in combat training, and the point was disbanded in 1960. For the solution of special tasks, a detachment of reconnaissance divers from the Baltic was sent to the Northern Fleet. These divers were commanded by 3 rank captain Zakharov. However, a number of exercises and classes showed that for normal work in this area, it is nevertheless necessary to have a part here, with a permanent place of deployment, staffed by specialists, prepared for operations in these harsh conditions. In this connection, in 1985, 420 RPSPN was created in the Northern Fleet - a reconnaissance point for special purposes. The command of a new military unit was appointed G. I. Zakharov.

What is to create a new part, they know those who came across this. Organization of all issues - from providing units with everything necessary, including housing, to the organization of combat training.

The latter is not an easy task, given the temperature, the topography of the coastline and the depth. For example: the depths of the Baltic Sea (distance from the coast of 1 – 3 miles - 40 meters) allowed the submarine to lay down on the ground to organize the exit of scout divers through a torpedo tube. In the north, the depths were much greater, and where the boat could lie on the ground, the exit of the divers was impossible. In this regard, began to work out of the submarine without setting the ground on a floating anchor. It is many times more difficult, especially for the crew of the boat. And what is to make the crew of the boat, which formally does not obey you, to start working in the way they never worked? Zakharov and here has achieved his.

About everything to tell, probably, there is no sense. Much has been written about this. Suffice it to say that with the efforts of Gennady Ivanovich a new item became one of the best parts in the fleet. 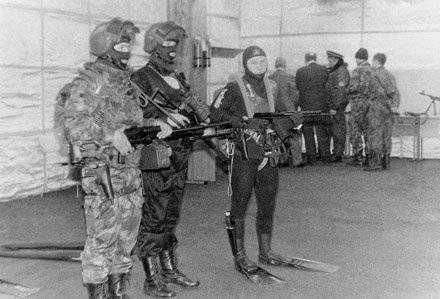 The captain of the 1 rank Zakharov GI was retired. He lived in Kolomna. And it seems to be time to rest. But it was not such a man.
In January, 1991, when he was already 50 years, saw a film on television about the security service of B. N. Yeltsin, who at that time was the Chairman of the Supreme Soviet. After seeing it, I realized that the level of training of employees is low. I decided to take up their training. But how to get there? After all, this is not a factory turner to get.

But then he was a special forces officer to the bone to solve the most complex tasks.

After a couple of days I arrived in Moscow and soon found myself at the reception of General A. Korzhakov. Gennady Ivanovich said: “When Korzhakov saw me, I was very surprised:“ And how did they let you through? ”He replied that I was a naval intelligence officer and was ready to start preparing the unit.
Korzhakov asked how old he was. Zakharov honestly admitted that already 50. 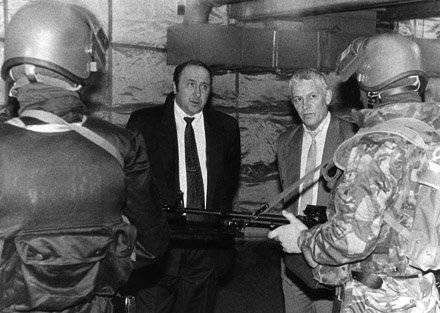 “It's not late,” the general asked, “to learn? The special forces need not just to tell, but also to show. ” Then Zakharov, without further ado, made a handstand right in the office.

“Well, okay,” said Korzhakov, “let's go to the gym.” When they arrived, there were classes in hand-to-hand combat. Korzhakov put a Karate master, black belt holder, against Zakharov. He immediately stood up in the rack, and Zakharov told him: “Will you protect the object in the rack?” The guy did not expect such a question and assumed the usual position, after which he received a lightning kick from Zakharov. That was enough. There was no further sparring. Korzhakov grinned, and they went to the shooting range. They shot from a Makarov pistol while in the academic stand. Zakharov asked the question: “And in the case of weapons will you be able to take such a stand? ”The guys asked what he could offer instead. Then Gennady Ivanovich took two "Makarov" and showed what he was taught by the veteran "Smersh". Korzhakov had no more questions. 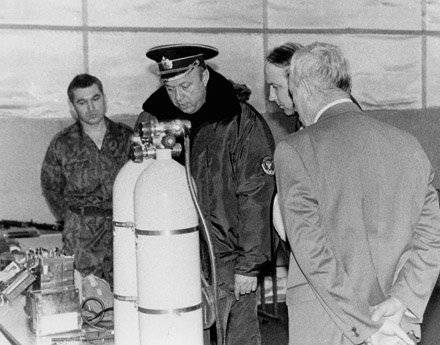 Captain 1 of the rank of G.I. Zakharov headed the special unit of the Main Directorate of Protection, which later became the Presidential Security Service, and is now called the Special Purpose Office of the FSO. In fact, with his active participation, special forces of the President of the Russian Federation were created, who are currently able to solve the widest range of special tasks related to the protection of the first person of the state.

After the conflict with Yeltsin and the departure of Korzhakov from his post in the rank of rear admiral, Gennady Ivanovich retired to the reserve.

He lived in retirement, was engaged in the affairs of veterans SBP, being the vice-president of the regional public organization "Association of veterans and employees of the Presidential Security Service." I met with young people, passed on my experience. 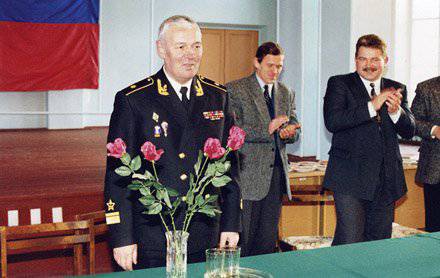 What he did for his bright and eventful life would be enough for more than one biography. During his service, he made parachute jumps around 700 and spent nearly underwater 1000 hours. Almost from scratch he put two special units, and with completely different directions.

He himself estimated his merits: “According to official statistics, 1960 – 1980-s in parts of divers-scouts killed 3 – 4 people a year. For 15 years of command of special units in the fleet, I have not lost a single person. This is the main business of my life. ”