"The result of the reverse engineering of the Su-33": Western press about the Chinese J-15 fighter and its new version 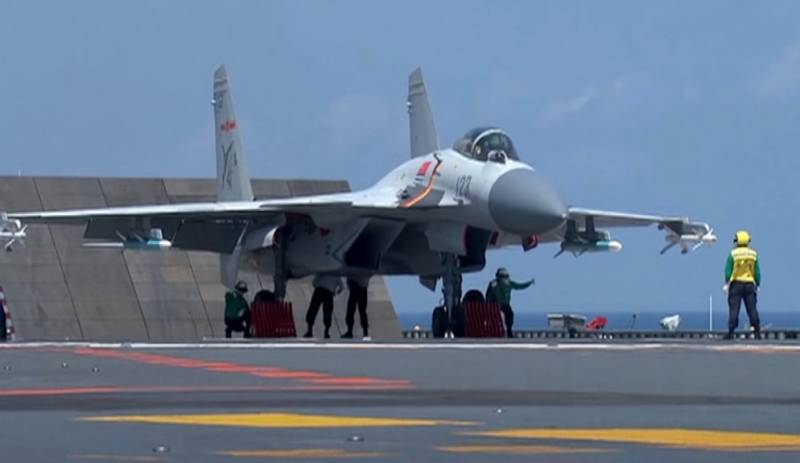 The Chinese military-industrial complex is no stranger to designing combat aircraft through reverse engineering - creating drawings or a 3D model based on an existing aircraft. This was the case with the J-11 air superiority fighter based on the Su-27; in the development of the J-16 fighter-bomber based on the Su-30; This method was used by specialists from the PRC, who eventually received a heavy deck-based fighter J-15.

The J-15 is the result of reverse engineering of the Russian Su-33 fighter, acquired in Ukraine during the purchase of the Varyag aircraft-carrying cruiser
- indicated in the French edition Meta-defense.

It is noted that, unlike the J-11B and especially the J-16, the J-15 has undergone a slight modernization in the process of creation, borrowing some of the "flaws" of the Soviet model:

The J-15 suffered from a number of shortcomings inherent in its "older brother" [Su-33], in particular, from low reliability, which caused numerous accidents.
- explained in the publication.

In the near future, Beijing expects to enter service with the new carrier-based stealth fighter J-35. However, at the moment, the PRC is equipping its aircraft carriers with the J-15. At the same time, work is underway to improve this aircraft, the modernized version of which has received the designation J-15T.

This is a more modern aircraft, primarily capable of using the powerful catapults of the future Chinese aircraft carrier [Type 003] for takeoff at full load.
- the author writes. 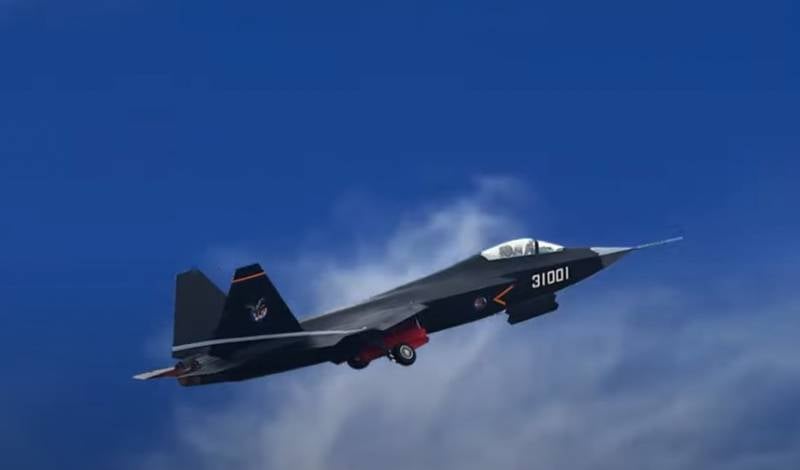 Level with the US Navy Air Group

Based on scant photo and video materials, a columnist in the Western press is trying to track the changes made to the appearance of the new variation of the J-15T. It has new pylons at the ends of the wing, similar to those of the J-16. Apparently, they are designed to carry the new PL-10 air-to-air missile - much more efficient than its predecessor, the PL-8. The J-15T has a new IRST [target search and track] infrared sensor in the front. The modified nose cone suggests a new radar, most likely with AFAR, which all other modern Chinese aircraft from J-10 to J-20 received.

As the author notes, an interesting decision by the Chinese military is to equip its promising aircraft carrier with two types of combat aircraft at once - the "invisible" J-35 and J-15T. The latter is a heavier car:

It will likely act as a "ammunition truck" for the J-35 (J-31) stealth, while remaining at a safe distance [from enemy weapons]
- says the observer.

In his words, the formation of a full-fledged carrier-based air group can be traced in the PLA Navy. The work of the J-35 (J-31) and J-15T will be coordinated by the J-15D electronic warfare aircraft (being tested). There are signs of equipping the aviation link with the stealthy GJ-11 attack drones, which will expand the offensive potential of aircraft carriers.

By equipping the first aircraft carrier Type 003 with the new J-35 (J-31), J-15T, J-15D, GJ-11 and KJ-600 [AWACS aircraft], it will receive a combat potential comparable to that of American aircraft carriers.
- the conclusion is made in the Western press.