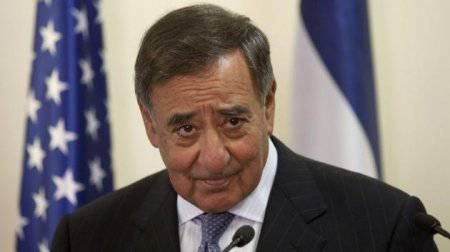 Japan and the United States concluded an agreement on the deployment of the second element of the American missile defense system in Japan, the head of the Pentagon Leon Panetta said.

Panetta believes that the deployment of a new early-warning radar in Japan will increase the possibilities for the DPRK to protect against the threat of a missile attack from both the Japanese islands and the US mainland. The parties have yet to agree on the location of the new radar.

According to military experts, the new radar station is likely to be built in the south of the country. Today, the task of repelling a missile threat in this area is performed by US Navy ships equipped with the Aegis system. After commissioning of the new station, these ships will receive considerable freedom of movement. Which, of course, is important for the United States in the framework of the concept of "returning to Asia" announced by Barack Obama.

In the summer of this year, it became known about the plans of the Pentagon to create an expanded missile defense system in the Asia-Pacific region. In the coming years, a chain of modern missile defense radars can be constructed, which will extend from the north of Japan through its southern islands to the Philippines. Together with rocket launchers and ships, radars form a single system that allows the interception of ballistic missiles.

A well-known political scientist, academician Alexei Arbatov believes that it is difficult to believe that the North Korean missiles are the only targets of this grandiose system: "Of course, North Korea is not the only one, and perhaps not the main object of this system. and almost no one doubts that.

China is building up its nuclear missile potential; it is still far behind the United States, but China does not disclose what plans for its development there are. And the United States is not ready to recognize China as an equal partner, is not ready to go with it to mutual nuclear deterrence, strategic parity - all that they recognized in relations with the USSR and now recognize in relations with Russia. "

As Aleksey Arbatov noted, parity and mutual nuclear deterrence are not presented to anyone for free. He has to win. At one time, the USSR made great efforts to achieve parity in the race with the United States. It is precisely because China claims the role of the second superpower of the twenty-first century that Washington seeks to defend its position and not to let the growing power on this role.

As long as it is possible to maintain a great strategic superiority over China, relying both on offensive weapons and on the missile defense system, the United States will continue its policy of containing China, ignoring Beijing’s concerns.

In connection with the latest events in the Japanese-American military cooperation, the Russian Foreign Ministry called on the US to take into account the security interests of other countries when deciding on the deployment of missile defense elements in Japan. Moscow believes that the United States should measure its efforts in the field of missile defense with real challenges and threats, act in such a way as not to damage the security interests of other members of the international community.