"The explosion occurred 1,5 seconds before the collision of the plane with a birch": in Poland, they publish excerpts from the report of the Macerevich subcommittee on the fall of the Tu-154 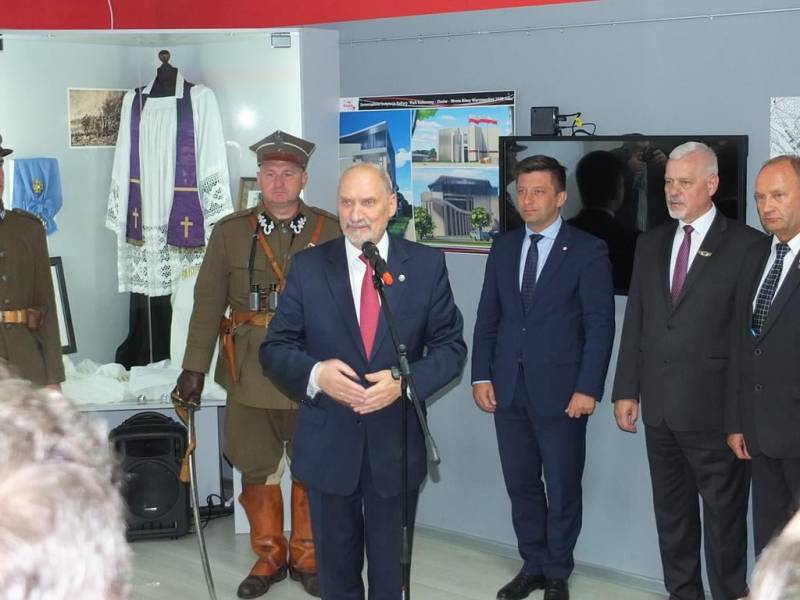 In Poland, a new trial begins in the case of the fall of the Tu-154 plane near Smolensk in 2010. Then, in a plane crash, we recall, the President of Poland and his wife and dozens of officials of the Polish government and other power structures died. The joint investigation team found that bad weather conditions, the crew's refusal to leave for an alternate airfield, and the pressure exerted on the pilots by the Polish Air Force Commander-in-Chief, who was in the cockpit while intoxicated, was the cause of the disaster.


As you know, in the end, Warsaw decided to start their own investigation, creating a subcommittee headed by former Defense Minister Antoni Matserevich. This subcommittee worked for several years, and in the end announced "the existence of facts about the explosion on board board number 1." Macerevich said that the explosives were allegedly planted in the wing of the Tu-154. This statement immediately became the object of criticism in Poland itself, where ordinary citizens asked the question: if so, then where did the Polish special services look, which "did not establish the presence of an explosive on board." The Poles began to declare that Macerevich was called upon to do everything to appoint the innocent guilty, although the real culprits "can sit in the chairs of the government and the Diet of the country."

The new trial is no longer about the disaster itself, but about the investigation that Macerevich's subcommittee has been conducting for several years.

The large Polish newspaper Rzeczpospolita writes that the Ministry of Defense has announced the amount of expenses for the activities of the said subcommittee. Macerevich and his team spent over 30 million zlotys (over 7 million dollars). The information is confirmed by the State Committee for the Investigation of Aviation Accidents. It is noteworthy that most of these funds went to pay wages to Macerevich and other representatives of the "investigative subcommittee". In this regard, there were suggestions in Poland that the investigation could have been conducted not for the sake of obtaining reliable data on the causes of the disaster near Smolensk, but for the sake of the investigation itself, that is, for the sake of obtaining funds from the budget.

The Ministry of Defense of Poland, according to the Polish observer Marek Kotsubal, reports that the leadership of the subcommittee received the right to use official cars, to pay for the execution of administrative protocols. The Polish press indicates that a large part of the funds went to pay for utilities when officials were in one of the mansions in Warsaw. It is noted that several million dollars were spent during this time on cooperation with the National Institute aviation US Studies at the University of Wichita.

It is added that the Macerevich subcommittee officially completed its work on November 30 of this year, about 6 years after the start of its activities. It was added that almost a month after the official completion of the work of the subcommittee, the full final report has not been presented to the public.

At the same time, some excerpts from the report of the Macerevich subcommittee appeared. Among them is the one that deserves special attention.

The explosion occurred 1,5 seconds before the collision of the plane with the birch.
Polish experts note that such an interpretation does not stand up to criticism. It turns out that the plane, in any case, flew in the direction of the trees near the Smolensk Severny airfield, and in any case, a disaster would have occurred. And the words about explosives are called "an attempt to justify an unsuccessful investigation, which went on for six years and consumed millions of budget funds."

Relatives of the victims of the disaster demand from the Macerevich commission a detailed report on the work done and an explanation of where the considerable funds were spent.