The invention of the anchor 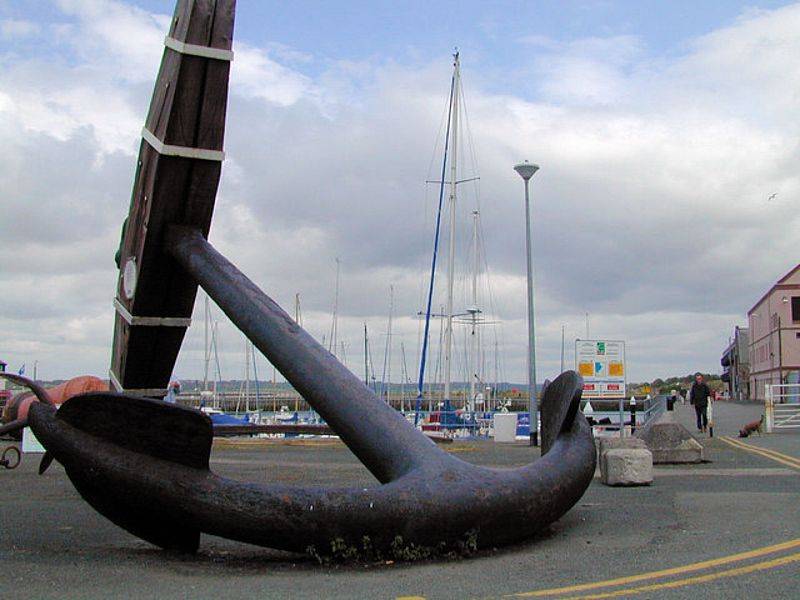 Human civilization has come a long way in its development, and throughout this path people were drawn to water. At first, primitive people went out into rivers and lakes on primitive boats hollowed out of a tree trunk or on reed rafts. Over time, they set out to conquer the seas and oceans. Already in these first attempts at nascent navigation, it became obvious that a device was needed that would allow the ship to be kept in the middle of a fast river or far from the sea shore.

The first anchors were made of stone

Scientists believe that the first shipping appeared six thousand years ago or even earlier. At about the same time, apparently, the first anchor appeared, which was the most ordinary stone. The stone was tied to a rope, which could be woven from vines or from the sinews of dead wild animals. For hundreds of years, such a primitive device remained the only one available to the first navigators.

Despite this, due to the simplest design, such anchors were actively used all over the world. Stone anchors, among other things, were used in Ancient Egypt, as mentioned by the ancient Greek historian Herodotus in his writings. He pointed out that while sailing on the Nile, the Egyptians used anchor stones to reduce the speed of the vessel by throwing them from the stern. 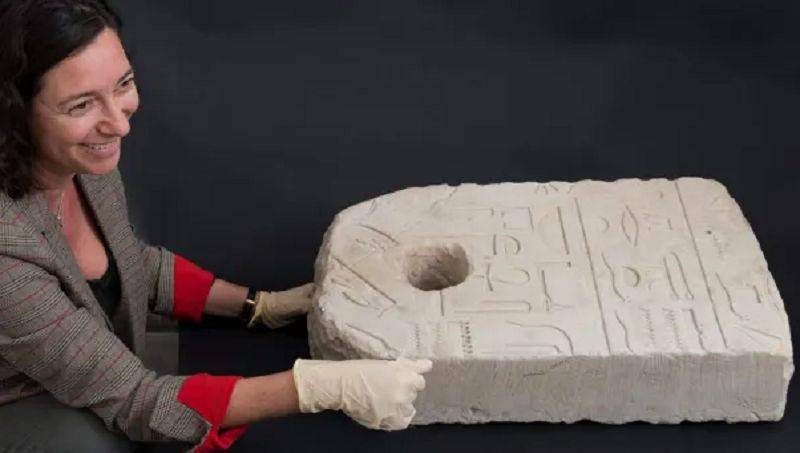 Stone anchor discovered in Israel, estimated to be 3400 years old, photo: imj.org.il
Over time, the anchor has improved. Initially, a hollowed-out rim was added to its design, which simplified the fastening of the cable. Then a hole appeared in the stone itself, into which the cable was threaded. Already at the beginning of the III millennium BC. e. stone anchors appeared, in which holes were punched in the lower part. Scientists speculate that these holes could have been used for wood inserts that burrowed into the ground, holding the ship in place. That is, already in those years, anchors could acquire a structural element, which would later be called a horn.

Stone anchors were actively used by all sailors of antiquity - the citizens of Phenicia, Babylon, Carthage, Rome and Greece. Homer's famous work "The Odyssey" indicates that the anchor on the ship "Argo" was also made of stone. The simplest anchor can still be found on small fishing boats and boats, especially in areas where there is a rocky or flat bottom and an anchor with paws is simply not needed.

It is believed that already in the III millennium BC. e in the region of Southeast Asia, an anchor could be invented, in its appearance close to modern - it was a two-horned anchor with a rod and a crossbar. Its inventors could have been the ancestors of the Chinese or the Malays. In the Mediterranean, anchors of this design appeared much later; it is believed that they ended up here in the region of the VIII century BC. e.

For many years such anchors were made of solid wood species that sink in water. Wooden anchors also proved to be as tenacious as possible. The simplicity of the design and the availability of wood contributed to their distribution around the world. Such anchors are still preserved on small Chinese and Malay junks, which can be found, for example, off the coast of Singapore or Hong Kong. 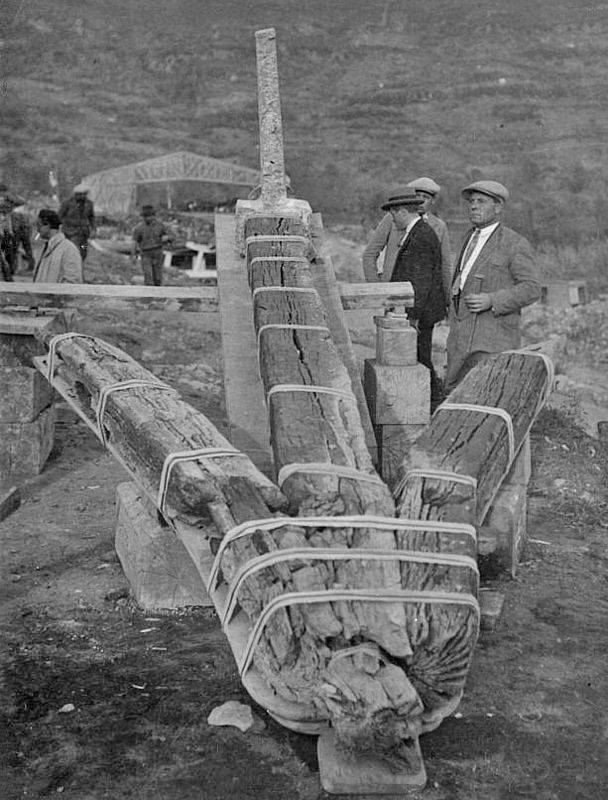 Ancient Roman wooden anchor found in Italy in the early 1930s, photo: museumanapa.ru
If initially the stock on a wooden anchor was also made of heavy wood or stone, then starting from about the XNUMXth century BC. e. they began to cast it from lead. The heavy and massive stock helped the anchor to press closer to the seabed and allowed the horn to penetrate deeper into the ground. In modern anchors, the role of the downforce is largely taken over by a massive steel chain.

The design of the first two-horned wooden anchors turned out to be so effective and at the same time simple that it is still used in the design of anchors, called the Admiralty. An anchor of this design, once at the bottom, rested on the bases of the horns and on one of the ends of the rod. Such an anchor position was unstable, and as soon as a thrust appeared on the rope, the anchor turned over on its own at the end of one of the horns, starting to sink into the ground.

The appearance of the iron anchor

Researchers believe that anchors in the form in which we imagine them began to appear in the XNUMXth century BC. e. At the same time, there are still disputes regarding the name and nationality of the inventor. For example, the ancient Greek writer Pausanias (XNUMXnd century AD) claimed that the first two-horned iron anchor was made by order of the Phrygian king Midas (XNUMXth century BC).

The Roman writer Pliny the Younger (62-114 years old) claimed that the designer of the iron ship's anchor was a Greek named Evlampius. At the same time, Pliny attributed the invention of the iron anchor, the horns of which had paws at their ends, to the ancient inhabitants of Etruria. 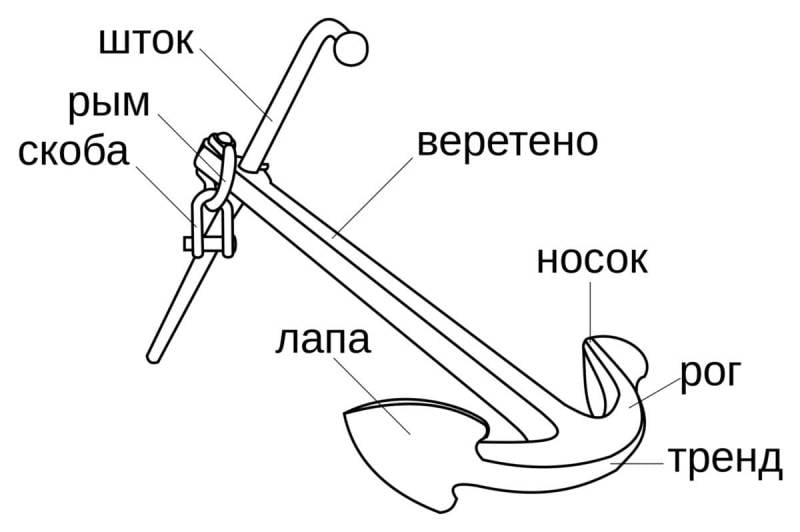 Russian names of parts of the anchor (in this case - Admiralty), image: wikimedia.org
Another piece of evidence that has survived to this day was left by the ancient Greek historian and geographer Strabo (64 BC). According to him, the first inventor of the iron anchor with a stock was the Greek scientist Anacharisis, who was of Scythian origin and back in the XNUMXth century BC. e. moved to Greece. One way or another, in many sources today you can find information that it was the ancient Greeks who gave us anchors of the form and type to which we are accustomed.

This is in some way connected with the origin of the word. The ancient Greeks called the anchor with the word "ankura". The root of this word "ankh" means in translation into Russian "hook" or "curve". Thus, "ankura" in Russian could be translated as having curvature or curvature. Later, the ancient Greek word "ankura" migrated to other languages ​​of Europe, retaining the common root "ankh". For example, in German, Danish and Norwegian languages ​​the word anchor sounds and is written as "anker".

For a long time, the spread of the iron anchor was hindered by its very high cost. Until the 120nd century BC. e. iron was very expensive and was valued on a par with silver, its cost could be XNUMX times more expensive than copper. Therefore, only wealthy shipowners could afford to forge an iron anchor. It is no coincidence that the anchor acquired a sacred meaning at the same time. 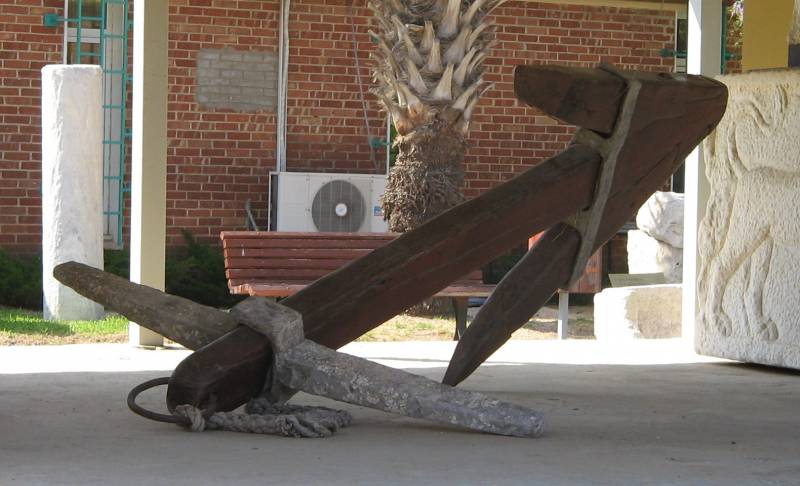 Ancient Roman wooden anchor with a lead stem, photo: wikimedia.org
In ancient Greece, anchors made by craftsmen were first carried to the temple of Zeus, where due honors were erected for this invention. For greater faith in the reliability of the anchor in the ancient world, its design was often decorated with symbols of the ancient gods, such as Poseidon. The sailors of the ancient world were convinced of the usefulness of this device on their own skin. It often saved their lives, preventing the ship from breaking on the rocks, so the sailors considered the image of the anchor itself a symbol of hope.

In ancient Roman art, the anchor became one of the symbols of returning home after long voyages and wanderings around the world. According to one version, in the era of the spread of Christianity in the world among many peoples who lived on the shores of the Mediterranean and the seas closest to it, the anchor was a symbol of hope, salvation and steadfastness. At the same time, the upper part of the anchor with the stock could resemble the image of a cross to the first Christians.