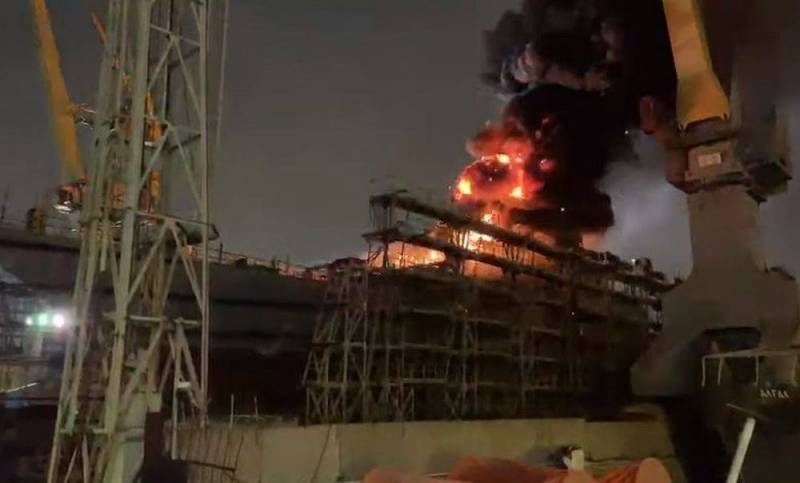 We had illusions again. This time at the Severnaya Verf plant, in the Bolshaya Turukhtannaya harbor. There, as you know, for eight years they tormented the "Provorny" corvette, which was supposed to join the ranks of the Pacific Ocean ships at the end of next year. fleet.


Perhaps, if the corvette was intended to serve on the Black or Baltic Sea, the bitterness would be less. But the loss will now affect the Pacific Fleet, for which each new ship is not just important - it is vital.

However, many words have been said about this. And we will talk more.

But now we are talking about an emergency with a ship, which is unlikely to go into operation in the next seven to eight years. No matter how they swagger at Severnaya Verf, their optimism is very, very dubious.

Anyway, all история with "Agile" it smells really ... burned.

So, the almost finished corvette burned down. The amount of damage was 22 billion rubles or, if you prefer, 300 million dollars. The amount, of course, is enormous. Even for the budget of a country richer than Russia, this is a very significant loss. And even more so for us. 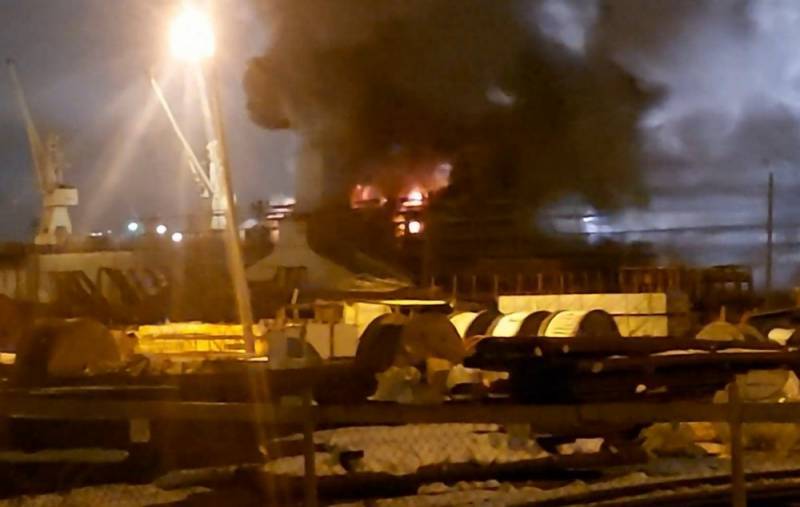 A fire has occurred. The blaze very quickly engulfed the superstructure, made of modern multilayer composite materials based on fiberglass and carbon fiber.

That is, the antenna mast superstructure was made of materials that, in principle, should not have burned. But they were burning.

The saddest thing is that in the bowels of this very antenna-mast superstructure, the electronic "stuffing" of the ship was mounted - the "Zaslon" radar complex. Well, or perhaps it was edited, now it's difficult to say something on this topic.

The main thing here is that for all eight years that a corvette has been built at Severnaya Verf (there is simply no other word, for such a period, even less, in the United States they are building an atomic strike aircraft carrier), we were told what advanced materials are used in the construction, how these the materials perfectly scatter the beams of enemy radars and practically do not burn.

True, numerous photographs taken by eyewitnesses of the incident indicate that it was the “non-combustible” command cabin and the antenna-mast superstructure that blazed very brightly. The fire was observed by half of St. Petersburg, including our readers, who will not let the lie that fire and smoke were visible from afar.

For five hours the fire destroyed the fruit of eight years' work. And 22 billion rubles.

But it already became possible to see what the fire had done to the ship, which was about to go to mooring trials.

Yes, representatives of Severnaya Verf were optimistic in their assurances, but in fact the ship was practically destroyed.

Antenna-mast device collapsed inside the hull, it is necessary to find out the extent of damage to the main power plant. 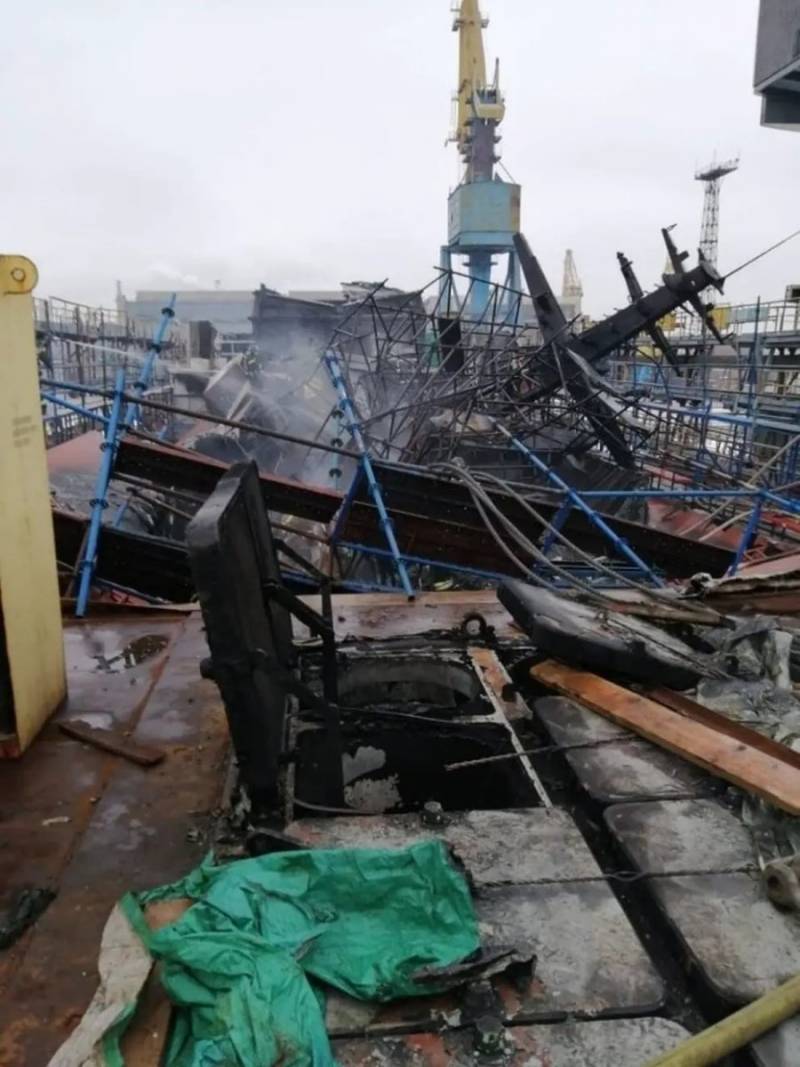 The missile silos were completely burned out. 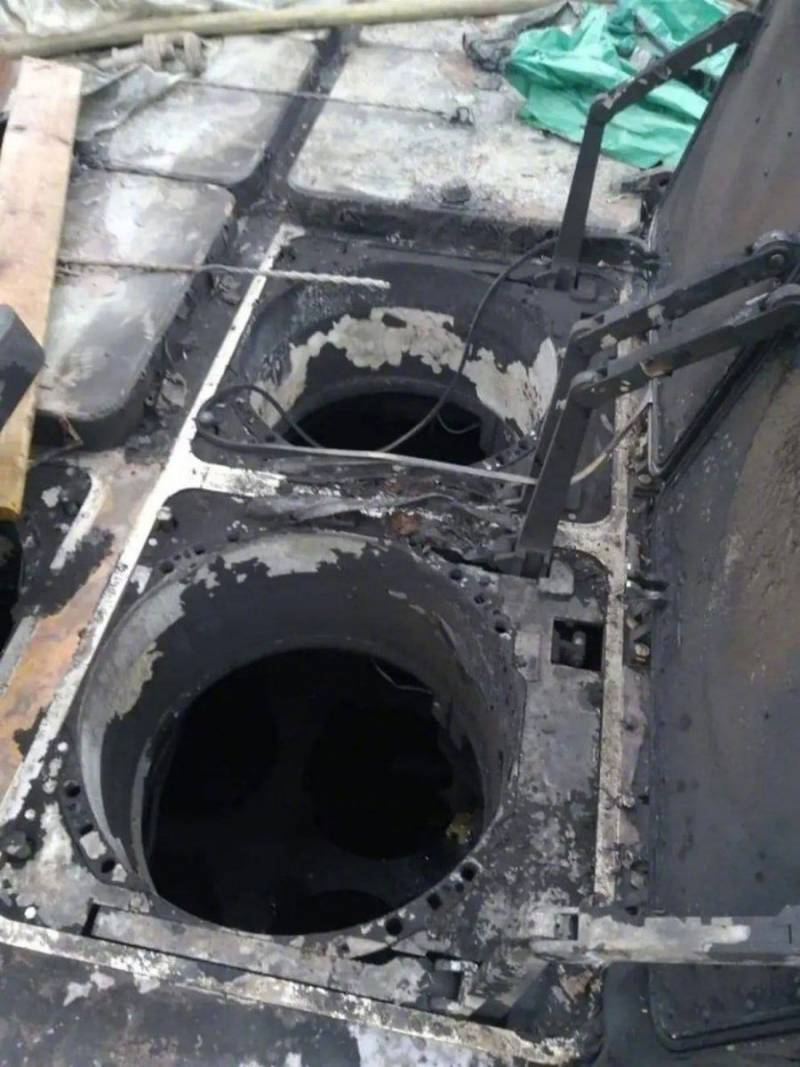 What happens inside below deck level is still unknown, but it is clear that first the fire, and then the water that was used to extinguish the fire, did not bring anything good.

Having rummaged in earlier publications, I saw that the cost of the ship was estimated at 30 billion rubles. If you count, then 22 out of 30 is almost 75%. That is, in fact, three quarters of the cost.

The question arises: what could have survived at all? "Miraculously" saved the hull of the ship? But the body is the easiest to build. Although the leaders of Severnaya Verf assure that the hull was not damaged, the superstructure is easy and simple to dismantle. And they say that there was no equipment in the superstructure. And that the manufacturer "Sredne-Nevsky Shipbuilding Plant" will easily and naturally build a new superstructure. Negotiations are already underway. 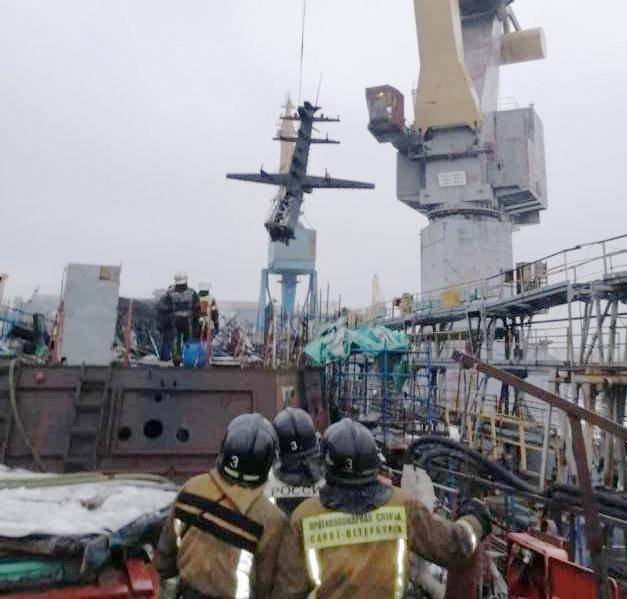 Everything looks too rosy. And questions arise. Especially - regarding the fact that there was nothing in the superstructure. Somehow this does not fit with the way the deckhouse and superstructure burned. Either they still contained equipment and hundreds of meters of wires and cables, or it turns out that the incombustible plastic walls were burning so dashingly.

One more question: at whose expense is the banquet?

Again "lighten" the budget by some 22 billion? Yes, it is very simple. But first, it seems to me, specialists and experts of the Investigative Committee should work out, who are simply obliged to determine the culprit. And only then it will be possible to conclude contracts for the construction of a new cabin and the like.

At the expense of the culprit.

In general, questions of the investigation must be given a great deal of attention. And not only at what is happening at the "Severnaya Verf", but also at the Sredne-Nevsky NW, which is called "the leader of the domestic composite shipbuilding". This is not the first fire for the "leader".

Until today, in 2015, the minesweeper Georgy Kurbatov was on fire at the Sredne-Nevsky plant. A fire broke out on board, which seriously damaged the hull. The fire damaged the skin of both sides above the upper deck, the forecastle deck, part of the upper deck flooring with a reinforcing set, and other connections between the 10th and 90th frames. The timing of the construction of "Georgy Kurbatov" was revised. Laid down in 2015, the minesweeper was handed over to the fleet only in 2021.

And this, too, was a ship built entirely from non-combustible materials. However, the area of ​​the fire was more than 600 square meters, and it was necessary to extinguish it with the help of aviation.

By the way, in the case of Georgy Kurbatov, the SNSZ management also made very optimistic statements. Say, nothing of the kind was burning there, some kind of "auxiliary materials" and scaffolding. And, since there was nothing to burn on the ship at all, nothing burned. 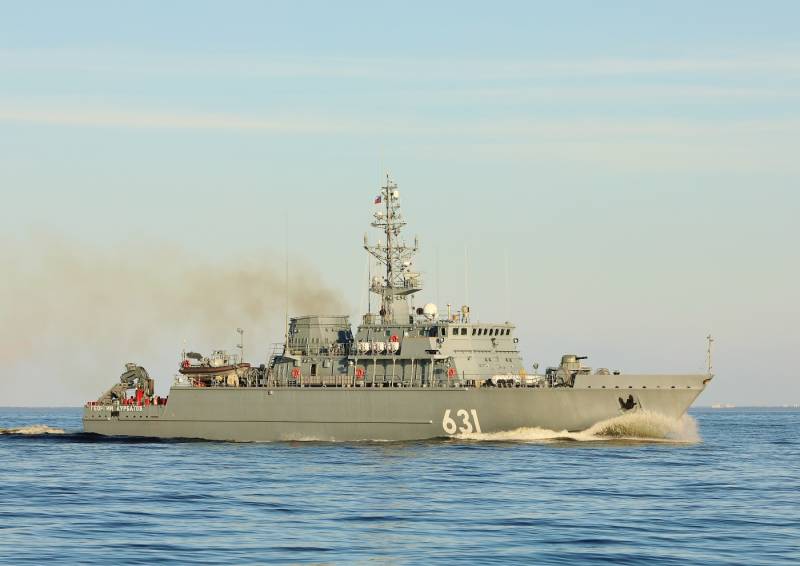 Photo: "Sredne-Nevsky Shipyard"
If the fire did not cause much damage to the fiberglass ship, what did they do with it, doubling the construction time exactly?

It would be very useful if our investigators and experts would find out whether the same non-combustible materials from which warships are now built are really non-combustible?

And another question: what will happen to "Agile"?

A battleship that did not get into service, did not fire a single shot, now it may have to be written off. And the fact that the leadership of the United Shipbuilding Corporation is silent, who has the last word in this matter, speaks volumes.

For example, that the OS decided to wait for the results of the work of investigators and experts.

Perhaps this is the only way out of this situation. Agree, the behavior of the management of Severnaya Verf is somewhat ... strange. It's okay, now we will make a new wheelhouse, the main thing is that the hull is intact, we will fix everything. We would not have much time and billionaires. And everything will be in openwork.

USC is silent. Indeed, it is worth the wait, because the actual death of a built ship just before testing starts is serious. And, if the investigators see in the incident something more than negligence that led to the fire, then there will be nothing supernatural in this.

And only when there is a clear decision on the ship, another question will arise. What to do with another ship, with the first corvette of the series, "Thundering", which has already arrived at its duty station in the Pacific Ocean? 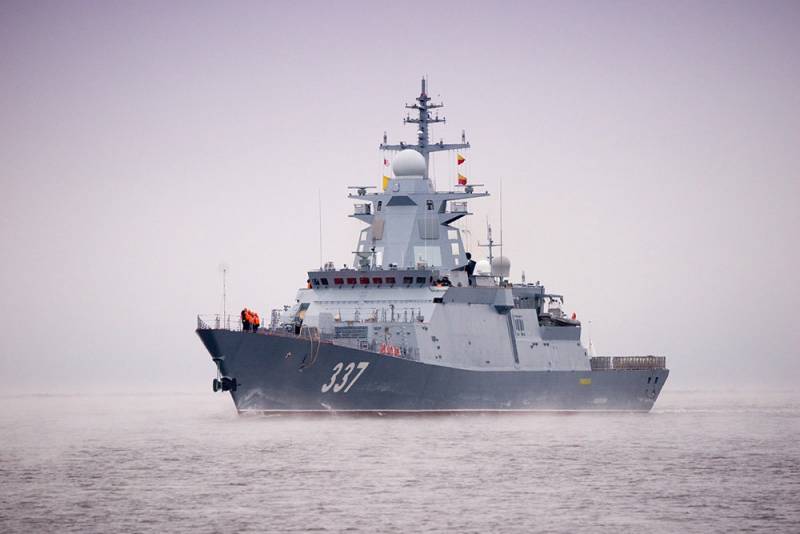 Photo: Press Service of the Northern Fleet
The corvette is already in service, which means that it will be used as it should be for a warship. As far as can be assigned such functions to the "Thundering", given that its wheelhouse and antenna-mast superstructure with the "Zaslon" radar are made of exactly the same "non-combustible" materials as those of the "Provorny".

How much can you trust the composite materials produced at the Sredne-Nevsky plant tomorrow? And how much more will we have to pay for the illusion that everything is fine with us and “has no analogues in the world”?

There are many unpleasant questions, which may be followed by equally unpleasant answers in the very near future.