Aerial reconnaissance from a submarine. The first helicopters of the Kriegsmarine

December 23 2021
7
Read about stories gyroplanes Fa. 330 Bachstelze in a new article from the creators of World of Warships.


At times, private engineering solutions will seriously advance overall technological development. A similar example was the Focke-Achgelis Fa gyroplane. 330, which significantly increased the field of view of German submarines during World War II. Despite the original folding hull and the ability to gain a decent height, the gyroplane still did not have a serious impact on the course of battles.

The Kriegsmarine submarine fleet covered an ever wider area of ​​operations, as a result of which the need for long-range reconnaissance increased. It was the detection of enemy warships and transports that was a difficult task for submarines on campaigns. Hydroacoustic devices had limited capabilities compared to conventional visual observation of the horizon. However, the radius of view from the low deckhouse of the boat was minimal. The solution to the problem that arose fell on the shoulders of German aircraft designers.

In 1940, the Kriegsmarine command considered a proposal from Arado, which consisted of a reconnaissance aircraft project that could be carried on board a submarine and when folded was placed in a pipe with a diameter of 2 meters. However, in spite of the well thought-out design, there were difficulties with assembling the aircraft in high seas, and it was also very problematic to return it on board. Because of this, the command abandoned this idea. 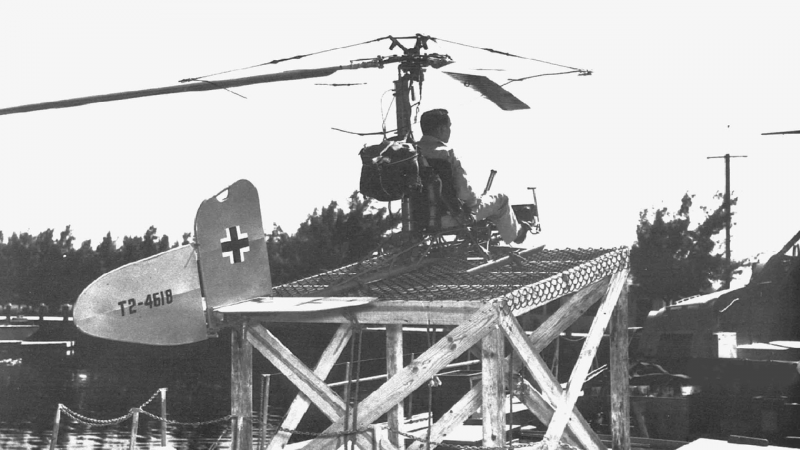 Focke-Achgelis Fa 330
The project of another company called Focke-Achgelis looked more promising - a light helicopter with a convenient and compact design. The model was called Fa. 330 Bachstelze, or "Wagtail" in Russian.

Focke-Achgelis was involved in the development and implementation of projects in the helicopter industry in the 1940s. This industry was completely new at that time: the world's first working helicopter was created in 1935. Five years later, Focke-Achgelis made Fa. 223, which was already serial. The series was small and included various modifications: search and rescue, military transport and anti-submarine. Therefore, the project proposed to the divers turned out to be so promising - the company did not have to make it from scratch.

And yet Fa. The 330 Bachstelze was not a helicopter. It would be more correct to call it a gyroplane or an autogyro. It did not have its own engine, it rose due to the oncoming air currents on freely rotating blades. They were located at an angle, and the lift thrust was achieved by the influence of the wind, which lifted the gyroplane into the air. The design was simple: a vertical boom with a rotor and three blades, the simplest vertical and horizontal rudders, a ski-shaped landing gear and, of course, a pilot's seat with a dashboard. The curb weight was 172 kilograms, the diameter of the blades was 7,3 meters.

The pilot could control the climb and landing using an adjustable blade angle. The gyroplane was attached to the boat with a steel cable; there was also a telephone connection with the conning tower. In the event of an emergency submersion of the submarine, the pilot, with one movement of a special lever, dropped the blade propeller and descended on a parachute that was next to him. After that, the fastening cable was disconnected, and the pilot in the water could only wait for the submarine to surface soon.

The passed tests were successful and showed that from a height of 50 meters the pilot could see objects at a distance of up to 22 km, and from 200 meters, that is, from the maximum height, the detection range increased to 50 km! This significantly increased the reconnaissance capabilities of the submarine. Obviously, such a project could not but arouse the interest of the German military command, which ordered the construction of 488 new gyroplanes. Moreover, both for the Kriegsmarine and for the Luftwaffe. Less than half of what was ordered was built - 200 copies. Initial modification A-0 - 20 cars, the rest - improved model Fa. 330 A-1. 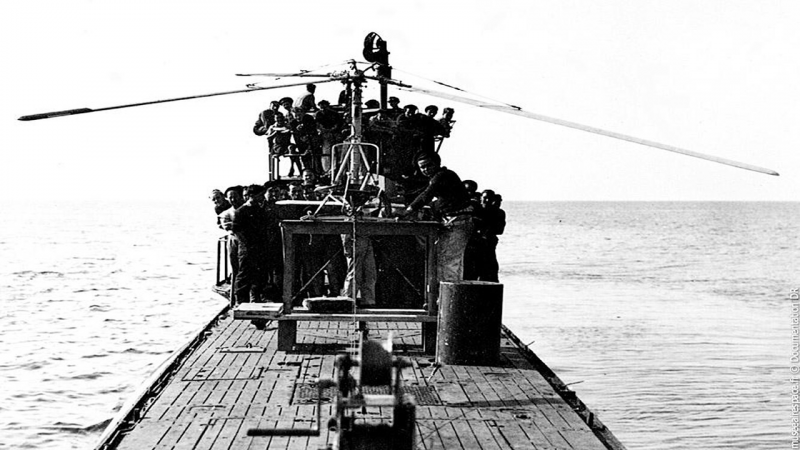 Focke-Achgelis Fa.330 Bachstelze by submarine
These gyroplanes were used only by submariners. They were not in service with the surface forces. They were used to equip type IX D2 ocean-going submarines, which, due to their size and great autonomy, operated at a distance of tens of thousands of kilometers from their bases. According to the plan, each submarine was supposed to have two gyroplanes, but only 19 boats were equipped with them. Several were bought by Japan. 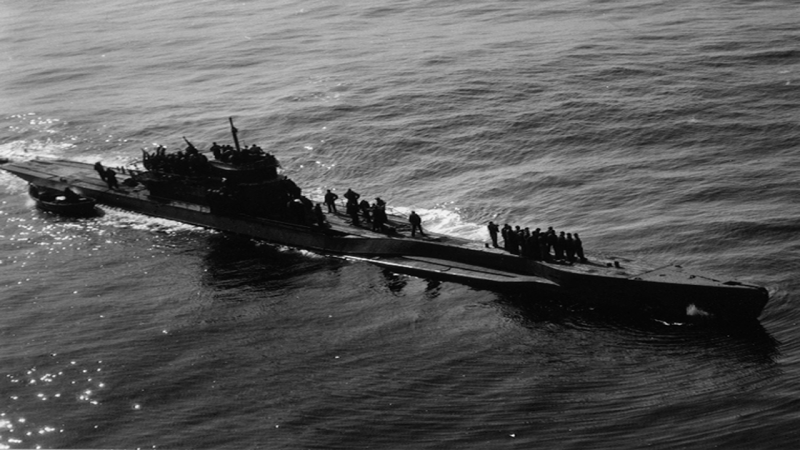 German submarine type IX D2
One of the areas where Wagtails were used was the Indian Ocean. There, the risk of a sudden enemy attack was minimal. Successful use of Fa. 330 was documented: in August 1943, submarine U-177, using aerial reconnaissance, discovered and sank a transport off the coast of Madagascar. There is some more evidence of the use of gyroplanes, in particular in the South Atlantic.

And yet, many submarine captains did not trust gyroplanes, despite their very simple and successful design. The reason for this was the risk of detection when the rotorcraft was in the air. In addition, the crews did not receive sufficient training to operate the Fa. 330. 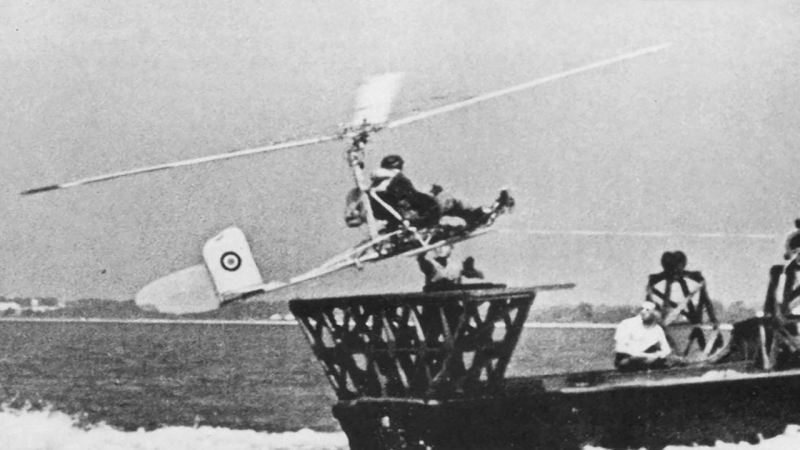 Fa.330 in trials in the UK
Various proposals were made to improve the gyroplane. So, in 1944, the possibility of equipping an air reconnaissance aircraft with an engine was considered so that flights would not depend on weather conditions. However, the technology of radar systems developed faster, which neutralized visual observation. The development of gyroplanes in Germany, which at that time was losing in World War II, was stopped. After the end of the war, the Allied forces captured large numbers of Fa. 330 Bachstelze. They went to Great Britain, the USA and France, and the ideas of German designers became part of the history of the world helicopter industry.

Sometimes intelligence aviation able to do much more than one would reasonably expect from her. In 1940, for example, two German seaplanes managed to capture an entire submarine. Find out the details of this story in the video from Wargaming.