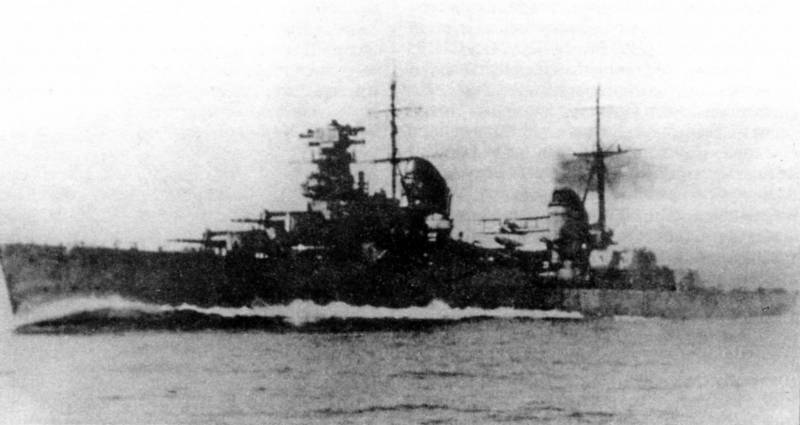 In principle, in the 30s, we were at the level of advanced Western countries in breakthrough developments, lagging behind in the introduction of new products. There was complete order with the experimental samples, but when it came to the series, the production culture often let down. Perhaps the most famous high-tech machine of that time was the Katyusha, aka BM-13.


Back in 1921, experiments with rocket fuel began in Tikhomirov's laboratory, in 1937 - tests of the RS-82 projectile (adopted for service) and RS-132 (adopted for service in 1938). We entered the war with about 160 thousand aviation unguided rockets, they were actively used at Khalkhin Gol and in the Finnish war.

In June 1938, the development of a projectile for a ground installation, called the M-13, began. The range was increased to 8,5 km, a launcher was created, and in June 1941 the first eight units were manufactured. They did not have time to go to war just a little, but in 1942 alone, the Red Army received 2392 installations. "Katyusha" became one of the symbols of that war, and this symbol was created by the minds of Soviet designers and the hands of Soviet workers. We did not lose the race for the MLRS; by the end of the war, the "Katyusha" was supplemented by the "Andryusha" with a caliber of 300 mm.

The first experience of detecting an aircraft using reflected radio waves in the USSR was carried out in 1934 in Leningrad. After long tests, the RUS-1 was adopted by the Red Army, before the start of the war, 45 of them were manufactured. Of course, this is not the end - in 1941, the RUS-2 impulse radar was put into service, during the war years 607 units produced them. In principle, we were not champions, as we were with MLRS, we did not overtake the world, but in 1939 we went quite on a level with this very world, with England, the USA and Germany. Experiments were carried out and shipborne, on the Black Sea the cruiser "Molotov" received the first Soviet shipborne radar. During the war years in the USSR, artillery radars and aircraft radars were also produced.

Of course, by 1945 we had lagged behind the United States on the radars, but there it was not necessary to evacuate institutions and production, to work in conditions of a lack of resources and workers of the required qualifications ... Nevertheless, in general, the USSR coped with it, both before the war and during, providing air defense with their radars. And after the war, he made a new leap, but this is already another история.

“For the thirties of the twentieth century, the creation in 1932 in Leningrad of the Vodtranspribor plant - the first serial plant in the field of hydroacoustic instrumentation, was a milestone for the development of domestic hydroacoustics.”
Work has been actively carried out since 1932, and by the beginning of the Great Patriotic War, the results appeared. In 1940, the Tamir-1 GAS was put into service. Weak and without noise immunity, it operated at an SKA speed of up to 3 knots and at a range of up to 5 cable, but its own. In addition, underwater communication equipment was also developed. The war, during which it turned out to be easier to use Lend-Lease samples than to refine your own, prevented the first-born from being brought to mind, but the development did not stop, and by the end of the war, Tamir-M appeared, quite comparable to Western models.

Whatever it was, but in the hydroacoustics race, of course, we were not in the lead, but we walked quite confidently. They did not lead, among other things, because this issue was not vitally important for us. The USSR generally depended little on sea trade, and our experience of the First World War required weapons somewhat different.

“His life began at the Kharkov Locomotive Plant named after Comintern, whose design department in 1931 received a state order for a high-speed diesel engine for tanks... And it was immediately renamed to the diesel department. The assignment stipulated a power of 300 liters. With. at 1600 rpm, while the crankshaft rotational speed of typical diesels of that time did not exceed 250 rpm. "
It started from scratch: before the revolution, we were actively engaged in powerful diesel engines for ships, of course, but compact ones for land equipment were not. Yes, and that school was lost, everything was revived from the rubble. Nevertheless, in 1935, the engine began to be tested, and in 1939 it was accepted into service. As a result, the power will be brought to 850 liters. With. Enemies and friends alike will admit that the engine was ahead of its time. It was given to the country hard, but it was given, the best diesel engine in the world at that time, and the heart of the legendary T-34.

The “official date of birth” of Soviet computer technology should be considered, apparently, the end of 1948. It was then that in a secret laboratory in the town of Feofaniya near Kiev, under the leadership of Sergei Aleksandrovich Lebedev (at that time - director of the Institute of Electrical Engineering of the Academy of Sciences of Ukraine and also head of the laboratory of the Institute of Precise Mechanics and Computing Technology of the Academy of Sciences of the USSR), work began on the creation of a Small Electronic Counting Machine (MESM) . "
And in parallel there is also M-1 for the Kurchatov Institute, Strela, BESM ... Everything is at the level of the best world analogues. Everything in the post-war period. But the first-born MESM began to be developed in Kiev, in 1944, when the battles were still on the territory of Soviet Ukraine. As a result, in the 50s we were quite at the world level, the lag will begin later. And this is a feat of scientists and a powerful material base, without which serial computers were, in principle, impossible.

You can continue about missiles, about nuclear weapons, about naval artillery, we have created and built 406 mm caliber, about medicines and synthetic materials, about SVT, and finally, one of the best self-loading rifles ...

Was Russia the homeland of elephants? Undoubtedly not, and everything was not invented here, and we were not ahead of the whole world, and problems with the culture of production ruined even the best projects. But this was overcome, the main success of that time was not discoveries and scientific breakthroughs, but the creation of a network of research institutes, scientific schools, a qualified working class, grown practically from scratch.

And in science we were quite at the level of the best world models, somewhere lagging behind, somewhere overtaking, but not being backward savages, capable of running into an attack with one rifle for three. And I am glad that the history of technology and science of that era finally finds its researchers, since there is something to explore, from stratospheric flights in the 30s to the creation of Russian autarchy, with its own production of everything the country needs.