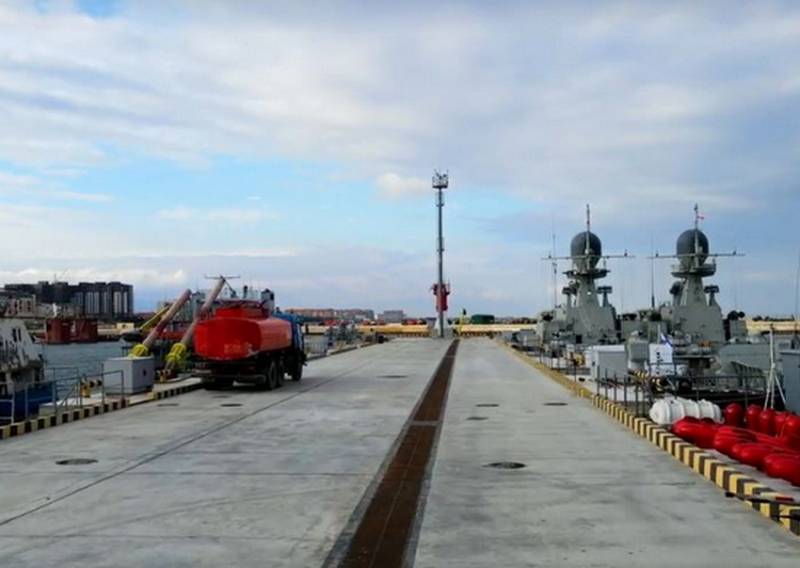 Construction of berths in the new basing point of the Caspian flotilla completed, berthing facilities are ready to receive ships and vessels. This was reported by the press service of the southern military district.


According to the report, the construction of 6 berths has been completed at the new base of the flotilla in Kaspiysk, but the work on this has not yet been completed. Specialists of the military construction complex are still building two protective breakwaters more than 3 km long (southern and northern), coastal infrastructure for parking and servicing ships.

To ensure the design depth in the harbor, bottom deepening works were carried out; the new basing point of the Caspian Flotilla is capable of receiving all types of ships. In the city itself, construction of social infrastructure facilities, including kindergartens and schools, is underway. The builders do not forget about housing for the personnel of the flotilla. There is no information about the completion date of the work in the message.

The decision to create a new permanent base for the Caspian Flotilla in Kaspiysk (Dagestan) was made in 2018. Prior to that, the main base was Astrakhan, less convenient for ships in hydrological terms. For too long an exit of ships in the Caspian Sea made it difficult to quickly deploy the forces and means of the flotilla. In addition, the shallowing of the Volga in summer and freezing in winter could lead to a complete blockage of the flotilla. Note that Astrakhan was chosen as the main base by force after the collapse of the Soviet Union, the division of ships between the "Caspian" countries and the withdrawal of the Russian part from Baku.

The Caspian Flotilla is one of the oldest operational formations of the Russian Navy. The main base at the moment is Kaspiysk, the places of basing and deployment are Makhachkala, Astrakhan, the villages of Nikolskoye and Trudfront in the Astrakhan region.
Ctrl Enter
Noticed oshЫbku Highlight text and press. Ctrl + Enter
Military Reviewin Yandex News
Military Reviewin Yandex Zen
4 comments
Ad