19 September 2012
7
Last year, representatives of the European concern MBDA announced the launch of the Missile Moyenne Portee program this year to replace the Milan ATGM Milan with the promising anti-tank missile system. 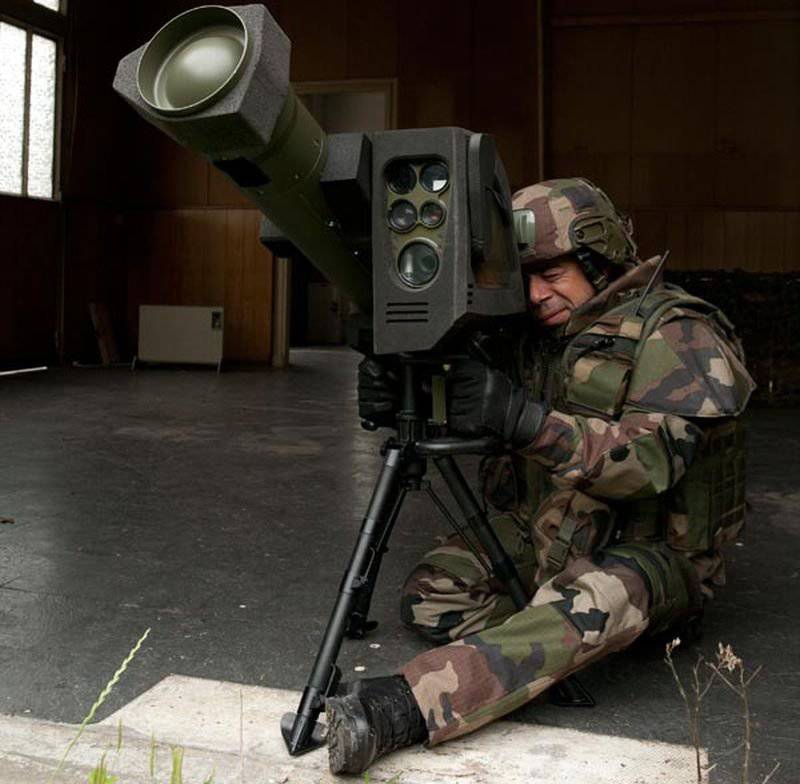 The new "MMP" will have to become a fully universal means of destruction on the battlefield. They will be provided with increased accuracy of guidance and defeat. The range of destruction in different sources is different - from 2.5 to 8 kilometers on land-based stationary and mobile targets up to tanks last generation. The MBDA website has a range of up to 4 kilometers for MMP and 8 kilometers for MLP / MHP. When creating the anti-tank complex will be taken into account the results of the use of anti-tank systems "Milan" by the French military in Afghanistan. ATGM “MMP” will receive “LOS” and “NLOS” - the ability to use from closed and open positions.

Missiles will be controlled in two ways:
- shot and forgotten (infrared guidance);
- command guidance, the rocket is controlled remotely by an optical device via fiber optic wire. 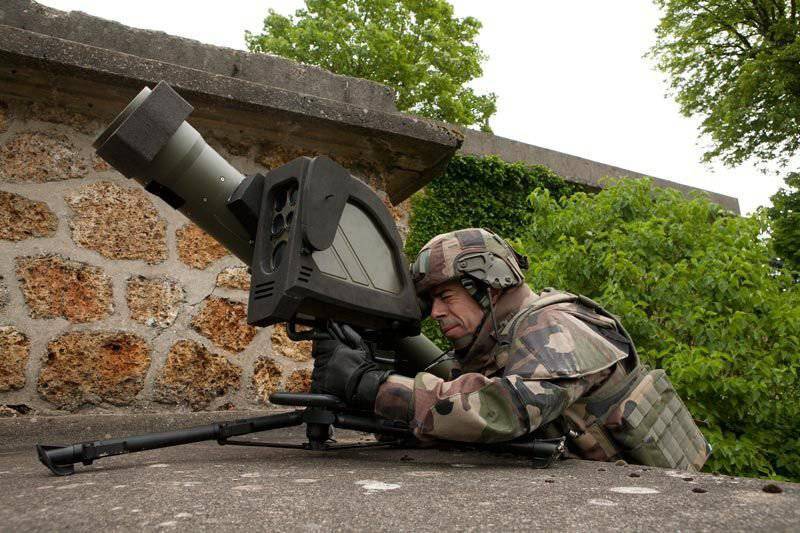 The promising MMP ATGM will be fully compatible with Felin-type networks and is positioned as a possible replacement for the heavy Haut subsonique Optiquement teleguide tire d'un Tube.

In the 2012 year, at the Eurosatory 2012 arms exhibition last summer, MBDA presented MMP material for review. It is being developed exclusively for the French army - the French military department entered into a one-year contract with MBDA to refine the technical documentation of the promising anti-tank missile system. Before the end of 2013, the Euroconcern should complete testing of all the technologies used to create a new ATGM, such as fiber-optic missile control, the missile aerodynamic design used. After submitting a technical project, MBDA hopes to get a full-fledged contract for the development of MMP. On the 2014 year, prototype tests are planned. When adopting the French Ministry of Defense will order about 500 newest anti-tank complexes and 3 thousands of missiles. It is expected that the new ATGMs will be provided with units of the French infantry by 2017, with the gradual withdrawal of the “old” Milan. 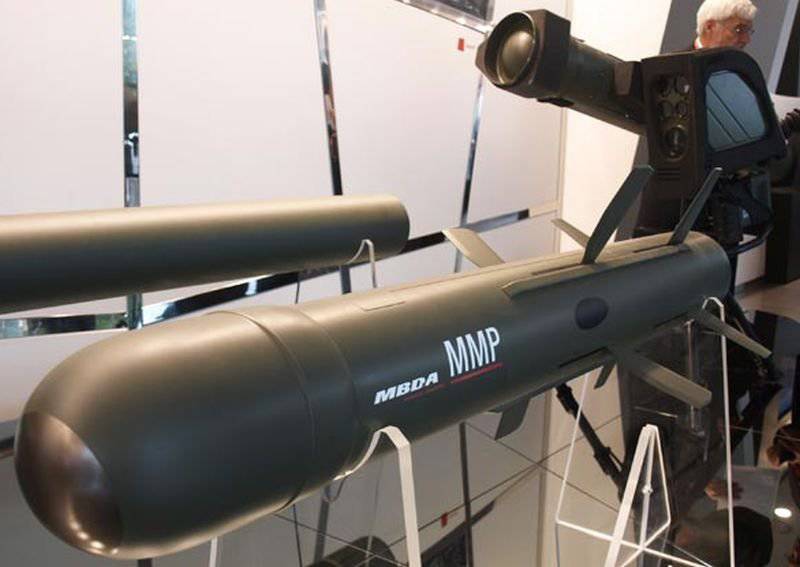 Euroconcern hopes that after the adoption of the new ATGM in the NW of France, the ATGM will be successfully exported, making competition to American and Israeli counterparts.

Representatives of MBDA at Eurosatory 2012 spoke about the features of the anti-tank complex being developed:
- the possibility of using ATGM from a limited space such as an enclosed space;
- the range of minimum use - 150 meters;
- range of maximum use - 4 kilometer;
- effective range of application - 2.5 kilometer;

ATGM "MMP" will receive a guidance system of the combined type. The homing head is warm (or tele) -vizionnogo execution, the development of the unit "Sagem" type IIR with an inertial system and command guidance through a fiber-optic cable.

The previously voiced methods of “shot and forget” and “command guidance” were confirmed. Also, the rocket will be provided with guidance when firing from closed positions, retargeting during the flight of the rocket and performing complex flight path maneuvers.

The rocket will hit the selected objects from above, the tandem cumulative warhead will be installed. The launcher will have a weight of about 12 kilogram without taking into account the weight of the guided missile - 15 kilogram.

The rocket itself will be built in versions of “MMP” and “MNT”. MNT - version of the missile for the armament of armored vehicles. She will not use command guidance. The purpose of the rocket is the same as the version of the "MMP". The range of maximum use is 8-10 kilometers with a rocket weight of the order of 30 kilograms. The length of the heavy version of the 1.7 meter. 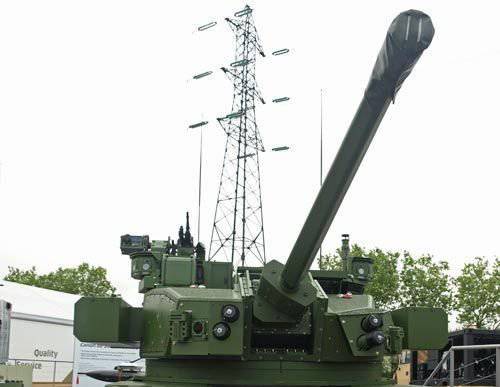 In the 2012 year, about 24.5 million dollars were allocated for the development of the MMP program.