"Equipment works even at extreme temperatures": the Spanish contingent returned from "combat watch" in Latvia 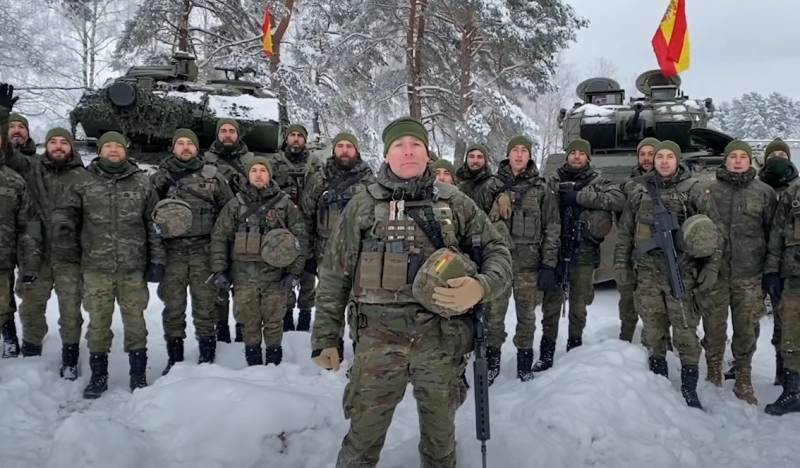 The Spanish army faced harsh conditions of service in the Baltics, but passed the tests with dignity.

From the Spanish side, a tactical subgroup of mechanized infantry and an engineering unit took part in the "Winter Shield" exercise, which took place from November 22 to December 3 at the Adazi training ground.

Possession of equipment by our soldiers, weapons and equipment allowed the materiel to work effectively even in these extreme temperature conditions
- said the Defense Headquarters of the Spanish Armed Forces.

After completing its mission in the union state, the Spanish contingent returned from the "combat watch" to their homeland, to their places of permanent deployment.

NATO forces are stationed in the Baltics on a virtually permanent basis; their replacement here is carried out on a rotational basis. This season, the mission to "contain Russia" was assigned to the units of the Spanish army.