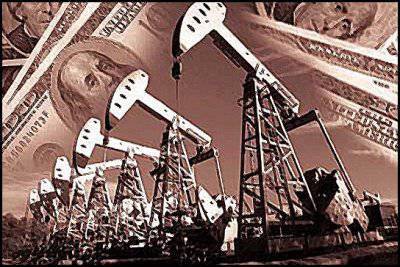 Lindsay Williams: The most important day at stories The US dollar, since its inception, occurred on Thursday, September 6. What happened on this day will affect your life, your family, your dining table more than you can imagine.

On Thursday, 6 September, China made an official statement that the PRC banking system is ready, all PRC transfer and transfer systems are ready. From now on, any nation in the world that wishes, can buy, sell or regularly trade crude oil using Chinese currency, not the US dollar!

This statement by China is one of the most significant changes in the global economic and monetary system, but it was barely mentioned on radio last week. The implications of this new action are enormous, and they may well be the catalyst that would bring down the dollar as the world's reserve currency, and change the entire landscape of energy trade and the entire world order.

Already on September 7, an agreement was signed between China and Russia, in which Russia actually agreed to sell oil to China in any quantities for yuan.

Lindsay Williams: “This has never happened in the history of crude oil, which has become the driving force of our entire (US) economy. Everything that exists in our life revolves around crude oil. A bundle of dollar-oil is the motivating factor of our economy. Never, ever there was no crude oil sold, bought or traded, in any country in the world, without the use of the American dollar. "

Not the yen, not the pounds and not the dollar itself, but crude oil, is the standard currency of the world. The largest amounts of money are transferred around the world in the form of settlements for crude oil and this is more money than in calculations for any other product of world trade.

This duet of the two most powerful opponents of the American economy and the US empire, now acts together. China and Russia are making a move to strike at the foundations of the economic strength of the United States, on which America’s position as the most powerful economic superpower is based. After that, most countries in the world will begin to move away from the US dollar through the purchase of oil in other currencies.

Now the full weight of our debt and the decline in the structure of production in the United States will befall the American people.

This new agreement between Russia and China also has serious implications for Iran, and the rest of the Middle East. The US sanctions against Iran will no longer have a noticeable effect, as the rogue nation can now simply choose a buyer and sell its oil to China, receive Chinese yuan in exchange for its oil and then use this currency to exchange for any other resources needed for maintaining its economy and nuclear programs.

The world changed dramatically last week, but not a single word was said, by Wall Street financiers or politicians who reveled in their magnificence during party conventions.

The main blow to the American Empire and the power of the American dollar as a reserve currency in the world, was made on September 6 jointly by China and Russia. Now these countries are striving to become energy controllers on the world market, and thus, the controllers of the new oil currency, the yuan.