In Russia, began testing a new drone for radar and radio intelligence 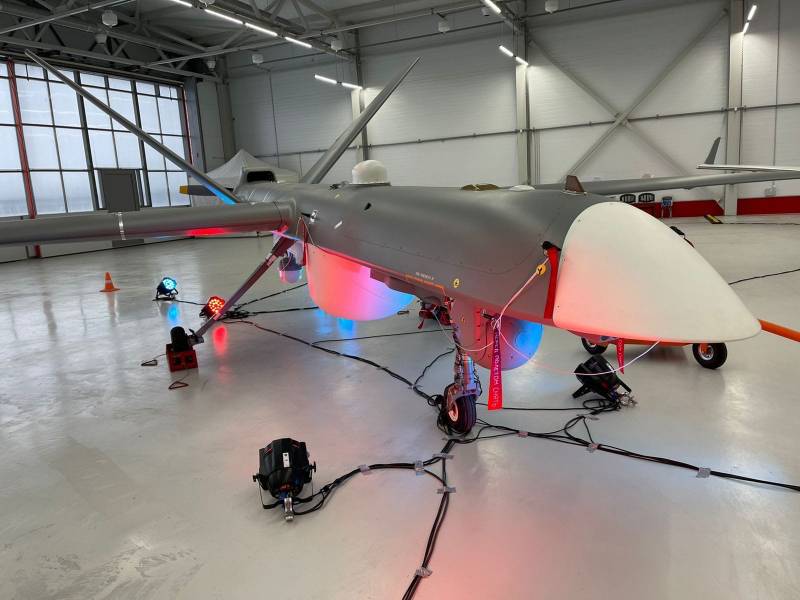 A new modification of the Russian Orion reconnaissance drone has entered the flight test stage. The new UAV was developed on the basis of the reconnaissance and strike version of the drone.


The new drone for radar and radio-technical reconnaissance is equipped with an onboard ventral radar that allows reconnaissance of ground targets, including by radiation sources, for example, to detect air defense systems. In addition, it can perform target designation functions and direct combat to a target. Aviation or rockets. The developers have provided for the introduction of a new drone into the reconnaissance and strike contour of a unified tactical control system.

According to a source in the OPK, which is referred to by RIA News, the drone was developed on the basis of the reconnaissance and strike version of the Orion UAV. The characteristics of the new complex are not disclosed, but should not differ greatly from the basic version. As previously reported, Orion was created by the Kronstadt company as part of the Inokhodets development project under a contract with the Ministry of Defense. The UAV is capable of staying in the air at maximum load for up to 24 hours. Flight altitude - 7,5 thousand meters. The drone has a maximum payload of 200 kg and a cruising speed of 200 km / h.

Currently, the new drone has entered the flight test stage, other details are not yet available.