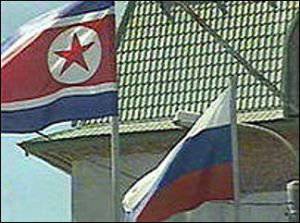 Russia and the DPRK on Monday signed an agreement on the settlement of North Korean debt to Russia in the amount of 11 billion dollars, said Russian Deputy Finance Minister Sergei Storchak.


“Yesterday they signed,” he said, explaining that we are talking about North Korea’s debt in the amount of 11 billion dollars, reports RIA “News».

As a result of the negotiations, the amount of the debt settled and the conditions remained the same, Storchak explained then. We are talking about 11 billion dollars in DPRK debt on loans provided by the former USSR. “Classical conditions (settlements) related to our participation in the Paris Club, recalculated into dollars at the corresponding rate, further primary discount, and the balance of the debt is used in the operations“ debt in exchange for help, ”said the deputy minister.

Storchak added that the balance is about 1 billion dollars. At the same time, he noted that we are talking about assistance in the field of energy, health and education.

Russia and the DPRK resumed negotiations to settle the debt in 2011 after a long break. Until 2007, the parties could not agree on a debt repayment scheme. In particular, the Russian Federation did not exclude the possibility of writing off part of the debt and providing installments to pay the remaining amount or repaying the debt in the form of investments.

In August 2011, the leaders of the Russian Federation and the DPRK, Dmitry Medvedev and Kim Jong Il, at a meeting in Ulan-Ude, developed approaches to solving the problem of North Korean debt.

Then Storchak said that the size of the debt of North Korea is 11 billion dollars. The loan was issued in Soviet rubles at the rate of 60 kopecks per 1 dollar.