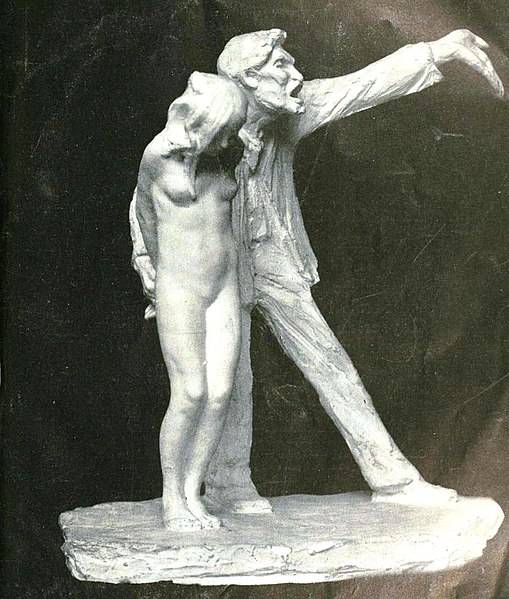 White slavery and the West

In the modern "developed" world (USA and Europe), when speaking of slavery, it is customary to speak of Negro slaves and the transatlantic slave trade. However, even before the start of the mass slave trade in the Atlantic, the sale of live goods was developed in Europe and the Mediterranean.

In general, Western civilization was a development, a reincarnation of the slave-owning civilization of Rome. It is based on the seizure and use of other people's resources, without which the West cannot exist. Without the ability to plunder, loot, the Western world immediately goes to self-destruction, devouring each other.

The West is a society of slaves and slave owners, in its current form, plutocratic lords, oligarchs, the elect and consumers, who are spiritually, intellectually and physically suppressed to the level of two cattle. And now the Westerners have thrown away all the propriety created in the XIX-XX centuries. (like a large stratum of the middle class and human rights), when they were hindered by Russia-USSR, and they move to an openly fascist, racist, partly new feudal, partly slave-owning society. Brave New World (Brave new world), where each "two-legged weapon" will have its own code number.

Catholic Rome, which was the first "command post" of the Western world, first devoured the Celtic world (Irish, Britons, etc.), then the German-Slavic-Russian ("Slavic Atlantis" in Central Europe). Millions of people were killed and turned into slaves. Then the "onslaught on the North and East" began. The West was able to colonize Northern Europe, but the eastern core of the super-ethnos of the Rus, despite heavy losses, withstood and fought back.

Then the gentlemen-crusaders (although the teachings of Christ were completely trampled upon by them) moved south, trying to profit from the Middle East. There they were also greeted like plague beasts, and "cultural cooperation" was refused. Westerners found themselves at a broken trough. The Western world had to perish in the agony of self-destruction.

However, Rome, as a repository of ancient knowledge, had access to many secrets, including old maps. Some captains got access to them. The West is making a dash for India. True, at first they discovered America again (earlier, the ancient Egyptians, Phoenicians, Varangians, etc.). This is how the era of the great geographical discoveries began and at the same time large-scale robbery, looting, piracy, the slave trade in the Atlantic and the drug trade. Initial capital accumulation.

Turkey and the Crimean Khanate were engaged in capturing prisoners on a large scale. In general, the Crimean horde actually only lived off the slave trade. The Caucasus, a significant part of the southern and central part of the Russian state, the Grand Duchy of Lithuania and Russia, Poland and Transnistria were a hunting zone for people. 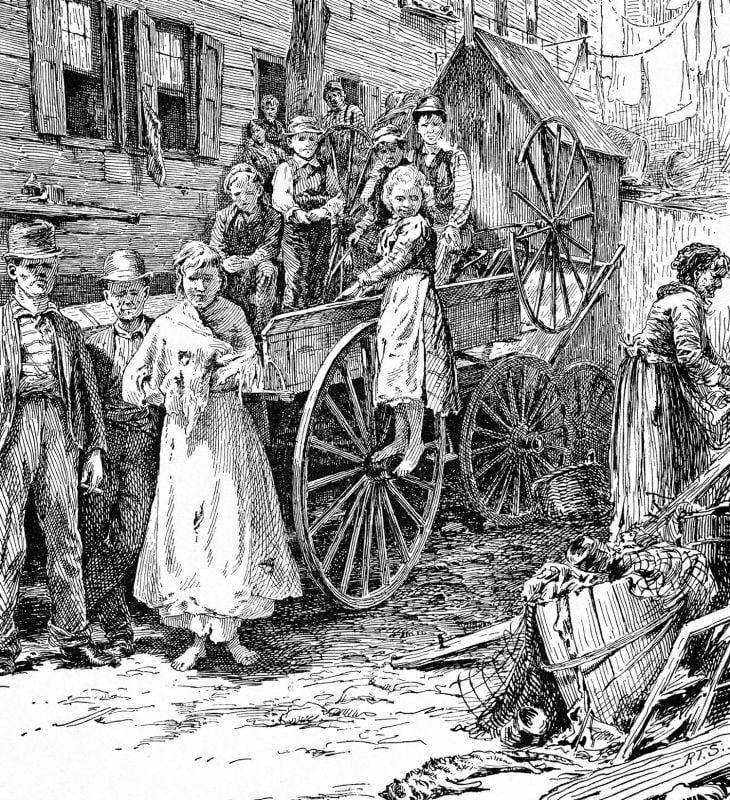 For the development of the American economy, masses of powerless people, slaves were required. Spain and Portugal controlled the export of black slaves from Africa to their colonies in America. The British, Dutch and other Western Europeans were not immediately able to break into such a rich market. Therefore, it was necessary to use the labor resources of Europe.

So, many poor people wanted to go to America in pursuit of the American dream - to radically change their lives, become self-sufficient and wealthy. Hunger, poverty and religious beliefs drove these people across the ocean. But the fare had to be paid £ 6-10. An unaffordable amount for the poor man and his family. Therefore, a person signed a contract with an entrepreneur and was obliged to work for several years in the position of a servant-slave in reimbursement of costs.

He was taken to America and sold at an auction. It was believed that after working out the contract, the servant should be free. It happened that the slaves fled or died prematurely from illness, poor nutrition, the atrocities of the masters, etc. They tried to catch the fugitives and punished them demonstratively, branded them, extended the term of their contracts, and sometimes executed them. In general, the system acted in such a way that people made new debts, and the bonded slave remained in the service for the second or third terms.

Agents - recruiters of British and American masters - scoured Europe. They lured the poor with stories about the "well-fed" and "free" life in America. Many were simply kidnapped. They lured children and adolescents to the ships. The adults were given food to drink, and they were tricked into signing a contract. People were transported across the sea like cattle. The food was meager and unusable, the water rotten.

“The horror of what is happening on these ships,” says one of his contemporaries, who himself survived such a trip, “stench, fumes, vomiting, various stages of seasickness, fever, dysentery, fever, abscesses, scurvy. Many die a terrible death. "
Also, convicted criminals, various rebels and rebels were brought from Europe, who were sentenced to death.

Why would "good" be lost?

So, an excellent example is described in the famous novel by Raphael Sabatini "Captain Blood". Where the protagonist fell into the grip of a "fair trial" in England, trying to help the wounded rebels. The rebels are sentenced to death by hanging, but the king will be replaced by a longer and more painful death - the rebels are sent to the West Indies to be sold into slavery.

The crews and passengers of ships attacked by pirates could fall into slavery. White people for the most part did not adapt well to the tropics. Malnutrition, poor water and disease, plus the whips and clubs of the planters, quickly sent white slaves to the afterlife.

The bulk of whites contracted servants were the English, Scottish and Irish poor. Peasants and artisans, ruined, deprived of their livelihoods during the fencing and industrial revolution in England.

The English gentlemen had to somewhere to put the huge mass of poor people into whom almost all the English peasantry had become. Some were hanged like vagabonds and criminals, others were sent to workhouses, where people were squeezed dry in a very short time. Still others were sent to develop the colonies. A huge mass of people will die from disease, hunger, in the fight against the Indians or at the hands of captains and landlords. But the rest will help kick-start America's economy and replenish the capital of the upper class.

Another source of replenishment of white slaves - wars and uprisings in Scotland and Ireland.

The British colonized Ireland, crushing any resistance in the most merciless manner. Cannibalistic laws and the actions of the invaders regularly provoked new uprisings. Only under the Lord Protector of England, Scotland and Ireland, Oliver Cromwell, according to some sources, Ireland lost up to half of its population.

After the defeat of the rebels, survivors, including women and children, were sold into slavery. In addition, the Irish were placed in such living conditions that they themselves agreed to debt bondage.

Most of the early slaves of the New World were white.

It happened that they were sold together with blacks and Indians. In colonial newspapers, there were similar announcements: 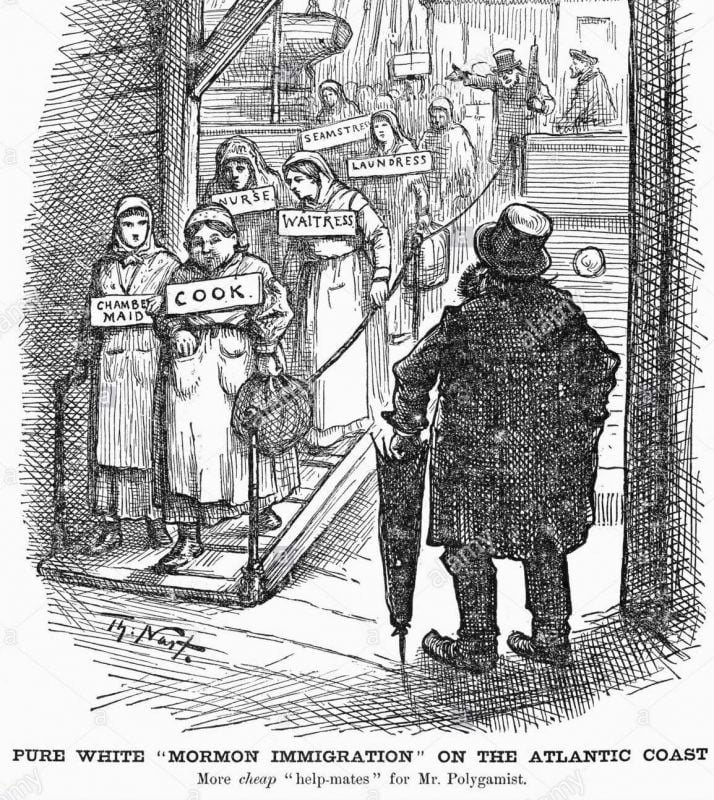 “A party of young, healthy workers has just arrived from London, consisting of weavers, carpenters, shoemakers, blacksmiths, masons, sawmen, tailors, coachmen, butchers, furniture makers and other craftsmen. They are sold at a fair price. It is also possible in exchange for wheat, bread, flour. "
"Wealthy businessman Samuel Sewall wants to sell women from Ireland, most of them for five years, one Irish barber, and five good black boys."

In the XNUMXth century, the white slave trade gradually declined.

England and Holland were able to enter the slave markets in Africa. The owners were good at calculating profits.

First, the "hunting grounds" in Europe were devastated, it became more and more difficult to get live goods.

Secondly, Negroes turned out to be better adapted to the conditions of the tropics and subtropics. They were slaves all their lives, like their children. And every year of life is a profit.

True, this does not mean that the shameful trade is completely dead. People continued to be deceived, lured to America by paradisiacal living conditions and opening opportunities.

There they were “free,” but essentially laborers in factories or plantations, where they were exploited as slaves. People were getting drunk, they promised mountains of gold to make them sailors. The girls were sent to brothels. The Irish were replaced by the Chinese, Italians, etc. Although the Irish poor still moved to America.

Today, in the West, and especially in the United States, the "black revolution" is used to dismantle the American state, and any white heterosexual man who tries to show sanity and defend his rights is deliberately turned into a racist and Nazi.

Whites must repent and ask for forgiveness all the time, it is clear that they must pay for the crimes of their ancestors. Today's African Americans are considered unfairly “offended”, which translates into a host of benefits (for example, university quotas).

Only blacks and other "colored" people are considered slaves in the past in America today.

White slaves there are now called exclusively criminals serving sentences, and servants under contract. Accordingly, European scientists, obeying the line of the globalist party, recognized that only enslaved blacks are now considered to be slaves.

Ctrl Enter
Noticed oshЫbku Highlight text and press. Ctrl + Enter
We are
“The Slave Revolution”: how did slaves fight for their freedom, what was the result of slavery in the modern world?Cattle and war
Military Reviewin Yandex News
Military Reviewin Google News
48 comments
Ad