"We will overcome the blockade on our own": old NATO military equipment is being restored in Venezuela 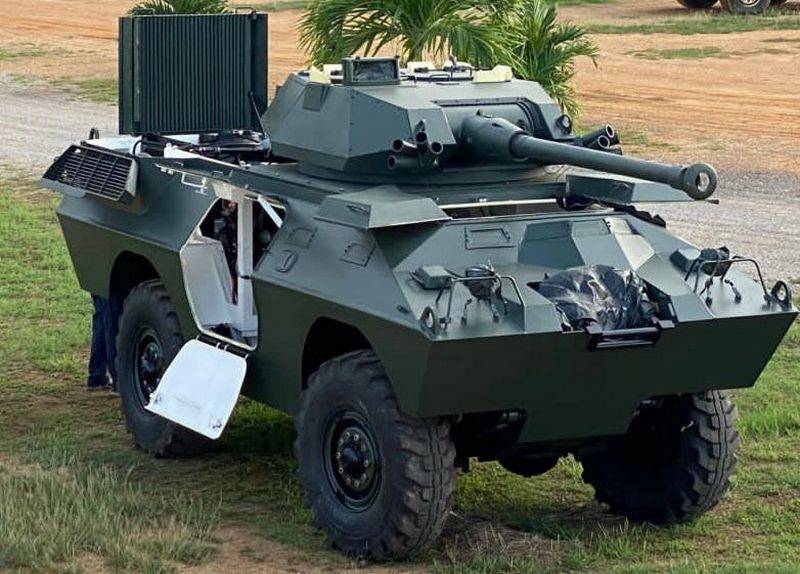 For a long time Venezuela was one of the countries located in the so-called "backyard" of the United States, that is, together with other Latin American states, it entered the sphere of Washington's unquestioning dictatorship. In this regard, it is not surprising that the basis of the materiel of the country's armed forces is made up of NATO models.


In the 2010s, Venezuela found itself in isolation imposed by the Western world. Under these conditions, the supply of spare parts became impossible and, as a result, the question of keeping military equipment in combat readiness arose.

We will overcome this blockade on our own and without charity
- says Domingo Hernandez Lares, head of CEOFANB, one of the Armed Forces Commands responsible for military operations.

According to reports from the Ministry of Defense, gradual work is underway to restore old military equipment of NATO origin. Among the vehicles that have undergone major overhauls is the British light tank Scorpion 90, which is armed with the 76-mm L23A1 semi-automatic cannon. As mentioned earlier, 82 out of 84 vehicles have already been repaired.

Venezuela is a sovereign and independent country despite the imperialist blockade. We will overcome it on our own
- noted Lares.

In early December, information appeared about the modernization of the anti-tank M40A1 with its equipment with sights from the SVD. This weapon can be installed both in a single form and in a multi-barreled version on mobile vehicles.

Similarly, it was recently reported about the completion of the task of overhauling the armored personnel carrier Engesa EE-11 Urutu. This is already a non-NATO technique. It was produced in Brazil in the first half of the 1970s. In the Venezuelan version, it is equipped with either a 20 mm cannon or a machine gun. In the video below, both modifications are presented.

La #FANB Rejoin 9 "Urutu" tanks to increase their combat power. If we can! In revolution we continue to recover our material and Weapons Systems with our own means and national effort. pic.twitter.com/bd0B289yRA