"Armored fist" saved: in the Polish press on the state and tactics of the tank forces of Syria 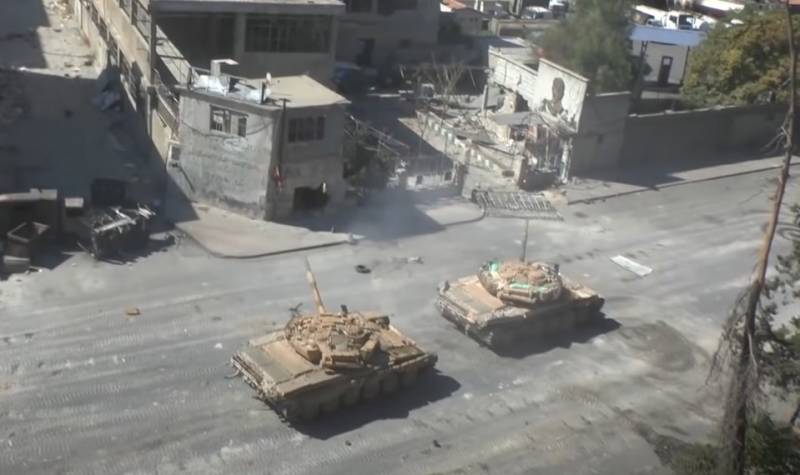 Significant losses of the Syrian government forces during the ten-year war, still going on in the country, were accompanied by a massive reduction in the park. tanks... However, the army managed to maintain its "armored fist", largely due to the change in battle tactics.

Initially, the army suffered serious losses in tanks when attacking urban fortifications, since it did not use sufficient infantry protection. But in some cases this was done on purpose. For example, if it was necessary to overcome the fired sections of the road, armored vehicles tried to pass them at full speed, without the support of the infantry.

Over time, the tanks began to be used more carefully, the Syrian crews gained experience, adjusted their tactics, but losses grew, because instead of the RPG-7, RPG-29 grenade launchers and ATGM HJ-8, TOW-2 or 9M133 "Kornet", which turned out to be deadly, began to be massively used on short and long distances
- noted in the Polish press.

Under these conditions, a special tactic was developed for conducting combat in groups consisting of tanks and support / cover vehicles, for example, from several MBTs, mobile ZSU-23-4, BMP-1/2 and engineering demining vehicles, such as IMR-2.

Tanks were often the backbone of such a small battle group, often fighting in pairs, covering each other.
- the author believes, considering that in 2017 it was possible to achieve an increasing reduction in losses in tanks. They increased sharply only in 2020 after the start of active battles with Turkish troops.

According to the author, the Syrian army was able to maintain its "armored fist" due to two main factors. First, the supply of tanks from Russia. Secondly, the preservation of the repair base. For example, in Homs, with the active participation of specialists from the Russian Federation, capacities were restored, allowing hundreds of armored vehicles to be repaired annually. As a result, the "Syrian Express", as the author suggests, began to deal mainly with the transportation of spare parts, and not the equipment itself.