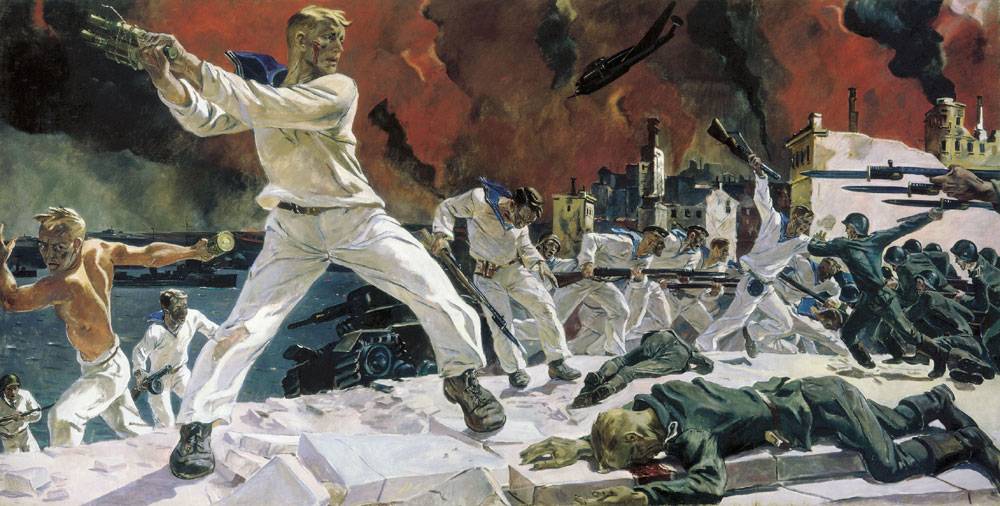 They also knew the blockade

The unparalleled heroism of the Soviet soldiers who defended Sevastopol and Odessa from the fascist aggressors inspired the staunch defenders of the Tobruk fortress and the island of Malta. But after 1945 and the victory in the war in Great Britain and the United States, they chose not to remember the heroic defense of Sevastopol and Odessa.

The military brotherhood with Tobruk was also forgotten. This port city with a powerful, albeit ancient, fortress is located on the Libyan Mediterranean coast near the border with Egypt. In 1941, Tobruk held out under the siege of German-Italian troops for 240 days.

Despite the fact that in 1942 the Germans still managed to take Tobruk, this could no longer bring them victory in North Africa. General C. de Gaulle in one of his letters to Molotov at the end of November 1941 noted that

“Such a long, courageous defense of Odessa and Sevastopol did not allow the Nazis to dominate the Black Sea; she became an example for the valiant defenders of Tobruk and Malta, blocking the Nazis' path to Cairo and the Suez Canal ... "
Winston Churchill showed respect for the feat of Sevastopol and Odessa in his letters to JV Stalin. Allied commanders in North Africa and the Mediterranean also paid tribute to the defense of these Soviet walled cities.

Unlike Tobruk, Malta, which was blocked by the German-Italian Air Force and Navy from June 10, 1940 to December 15, 1942, never surrendered. William Dobby, British Governor General of the island - this unsinkable aircraft carrier, declared in early January 1942 that

“British troops in Malta, reflecting the constant attempts of the Axis to seize the Maltese citadel, see before themselves a vivid example of the brave defenders of Sevastopol and other regions of the Crimean peninsula. I am confident that together we will be able to withstand the onslaught of the invaders. "
Tobruk, located in the northeast of Italian (until 1944) Libya, near the border with Egypt, was at that time the only major port on an area over 1 km - from French (until 500) Tunisia to Egyptian Alexandria. The capture of Tobruk by Italian-German forces would have allowed Rommel's Afrika Korps to accelerate the advance on Cairo and the Suez Canal.

The defense of Tobruk by the British allies did not allow Germany to transfer part of its air force from this area to Eritrea (Italian colony on the Red Sea) and neighboring Italian Somalia. There, in the fall of 1941, Italian troops were surrounded by British Commonwealth troops, De Gaulle's Fighting France, and Ethiopian troops.

Vast areas of Northeast Africa regularly passed from hand to hand, and only in the fall of 1942, after El Alamein, were they under the full control of the allied forces. And here parallels literally arise with the role of Odessa and Sevastopol in 1941-1942. The heroic defense of these ports delayed the German advance towards Stalingrad and the North Caucasus for many months.

It is no coincidence that practically all Soviet memoirists noted this, starting with Zhukov, Shtemenko and Rokossovsky and ending with Admiral Kuznetsov. The Hitlerite generals Manstein and Halder, as well as the semi-official historian Tippelskirch, complained about the same. Not hiding "regret" about the delays in the advance deep into the USSR because of Odessa and Sevastopol, said Mussolini and Antonescu ...

On September 21, 1941, the defenders of Odessa received a radio message from the commander of the Tobruk garrison, General Ronald Scoby:

"WELCOME TO THE ODESSA GARRISON
From besieged Tobruk, we salute the determination and fighting spirit inherent in your country, with which you and your courageous garrison face great challenges. From our African fortress, we follow your struggle with admiration and wish you every success and continued success. The enemy will soon be defeated! "
The command of the Odessa defense region on September 22 sent the following radiogram in response:

"FOR THE COMMANDER OF THE GARRISON AND THE DEFENDERS OF TOBRUK
It is with great satisfaction that we read your greetings. The Soviet people with determination and firmness will crush the fascist bandits until the complete destruction of these barbarians. Believe us that as long as our heart is beating, we will rush into battle until the final destruction of Hitler's hordes. We will have the strength, courage and courage to complete this task. Hitlerism will perish under the crushing blows of the Red Army, with the help of the peoples of the whole world. We send our ardent greetings to you, the valiant defenders of Tobruk! Be persistent in the fight, victory will be ours! "
Sevastopol lasted 250 days (from September 1941 to June 1942), Odessa - 71 days (August-October 1941), Tobruk - more than 240 days (from April to November 1941).

In a little more detail, during the greater period of the German-Italian siege of Tobruk (April-June 1941), it was mainly defended by the Australian 9th Division of Lieutenant General Leslie Morshid (pictured). 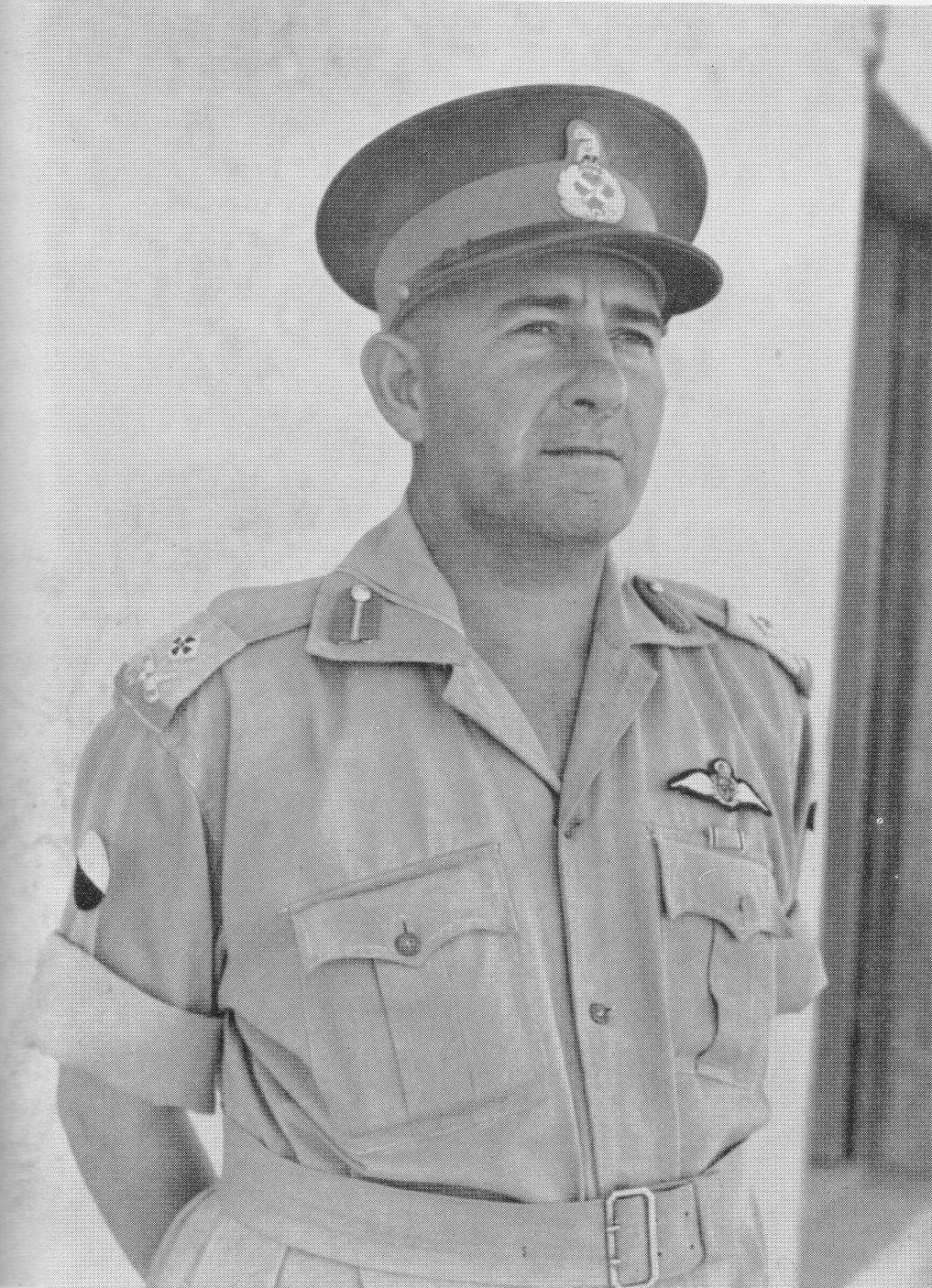 He was also the commander of the Tobruk garrison. For almost five months, his forces defended the fortress, after which, at the request of their command, in mid-August 1941, the said troops were replaced by a larger and better armed contingent: the 70th British Infantry Division, the Carpathian Polish Brigade and the 11th Czechoslovak Infantry Battalion under general command of the British Major General Ronald Scoby.

They defended Tobruk until the last decade of November 1941, when the siege of the city was lifted by the 8th Army of the British Commonwealth (Operation Crusader). 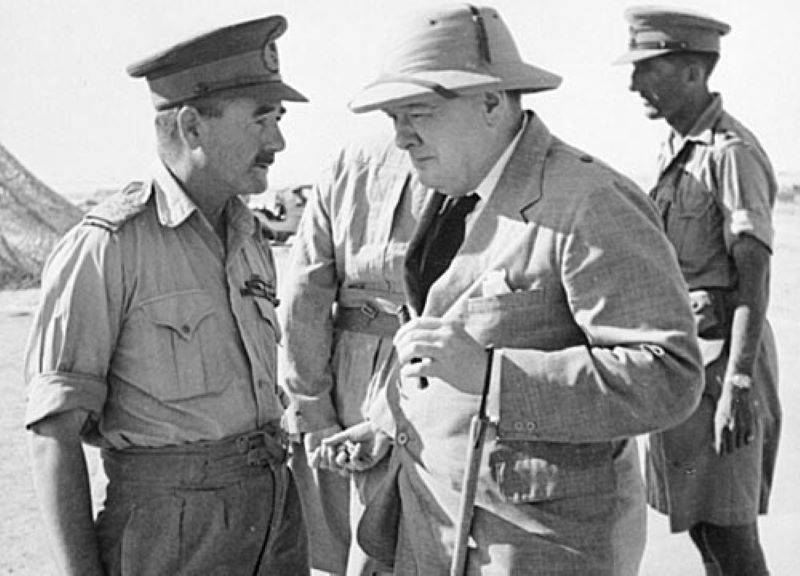 The commander of the Tobruk garrison from November 1941 to June 1942, General Hendrik Klopper (Union of South Africa, pictured with W. Churchill) stated shortly after taking office that

“From the fortresses of Malta, Tobruk and Sevastopol, the countdown of the exhaustion of the Nazis at the fronts begins. They clearly did not expect such a skillful defense on these fronts, and therefore they will soon begin to roll back to their lair. "
At the same time, Klopper, paying tribute to the defenders of Sevastopol, noted that

"Sevastopol and Tobruk can rightfully be proud of their contribution to the protection of peoples from Nazism, and be considered allied cities."
After that, a radiogram was sent to Sevastopol:

“We, the defenders of Tobruk, admire your courageous struggle! You are our fighting companions. Your successes in the fight against the enemy are also our successes. Your courage inspires to strengthen the defenses of our walled city and strike new attacks on the enemy. Tobruk, Odessa, Sevastopol are the harbingers of an imminent victory over the aggressors! "
In a response radiogram, the leadership of the Sevastopol Defense Region noted that "The Tobruk fortress is a vivid example of heroism and courage in the fight against the Nazi invaders", expressed solidarity with the valiant defenders of Tobruk and confidence in the imminent victory of the allies over fascism. 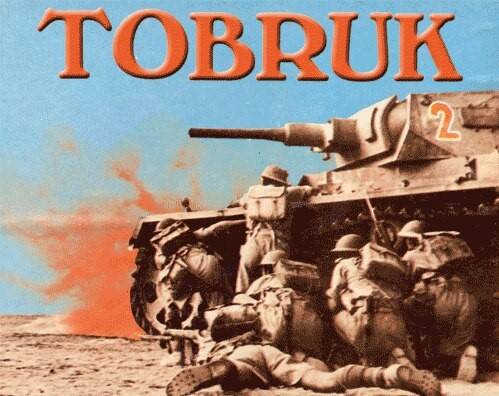 However, Tobruk was still occupied by the Axis forces that had launched a counteroffensive.

This happened on June 21, 1942, thanks to powerful reinforcements from Germany. Soon the aggressors came close to Egyptian Alexandria and, planning to blockade it, continued their attack on Cairo and the Suez Canal.

But in early November they were stopped at El Alamein and in a matter of days defeated. Already on November 13, 1942, Tobruk was again occupied by the Anglo-American troops. Moreover, he and Malta became the main bases for the subsequent offensive on Libya and Tunisia, captured by fascist troops, and then on Sicily.

Stalingrad and the damned "why"

And yet, the Battle of Stalingrad was the decisive factor in this turn on the North African front.

The encirclement of the 6th German army of Paulus did not allow Germany and even more so Italy to send new reinforcements to Libya and Egypt. In an attempt to break through the encirclement at Stalingrad, German Tankspainted in "yellow" - in vain they were waiting for Rommel's corps in North Africa.

Rommel himself, nicknamed "the fox of the desert," on the occasion of the defeat in Egypt and Libya, more than once "reprimanded" Mussolini for the low combat capability of the Italian troops. It is significant that at the same time, Duce advised Berlin to appoint a new commander of the German-Italian troops in North Africa for "advance insurance" ... 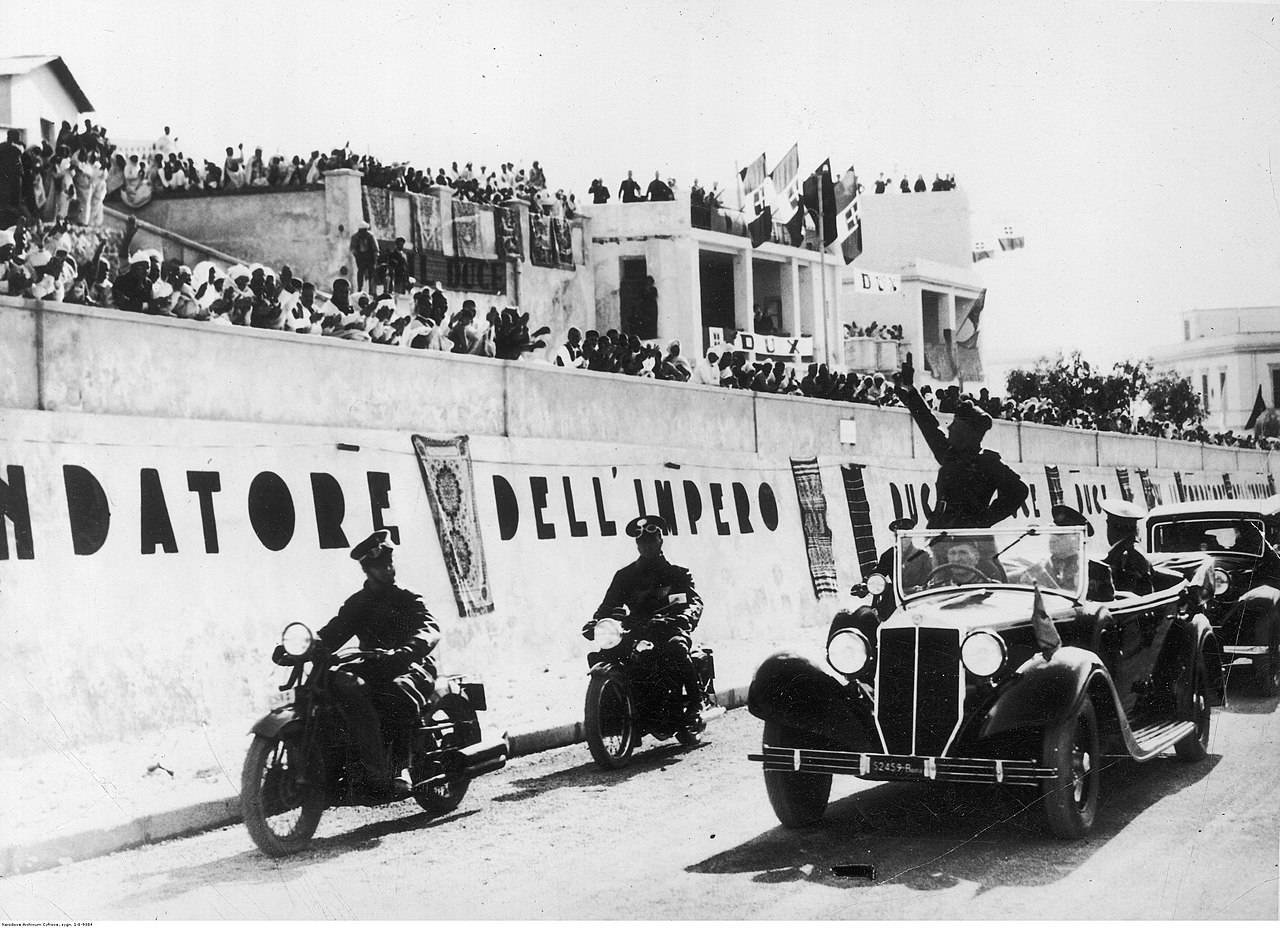 Mussolini visited Tobruk even before the war - in 1937
But why did Sevastopol and Odessa find themselves in a more vulnerable position before the aggressors than Tobruk or Malta?

According to the international conference "Readings on military stories"(St. Petersburg, 2006),

"The volume of cargo traffic that was required to provide the British Mediterranean the fleet in the areas of Malta-Tobruk, was much less than the volume that was required to maintain the combat capability of the Sevastopol defense region. "
Another factor that determined the success of the German blockade of Sevastopol, but which was impossible near Tobruk or near Malta, is the limited number of ships in the Black Sea Fleet of the USSR, in contrast to the British Mediterranean fleet. The shortage of merchant ships in the Black Sea forced them to shift their work to warships, and they could only play an auxiliary role in the delivery of supplies to a large grouping of troops.

Due to the shortage of merchant tonnage during January-July 1942, our fleet systematically failed to cope with the transportation plan for the Kerch and especially for the Sevastopol group of forces.

As a result, in Sevastopol, by May 1942, the emergency supplies, mostly spent in repelling the second assault, were not replenished.

It is not fashionable in the West today to recall military solidarity during the Second World War. And even more so about the mutual respect of soldiers and officers of the allied countries in those years. But the common sacrifices made on the altar of Victory, as well as historical memory, are by no means products of the political conjuncture.