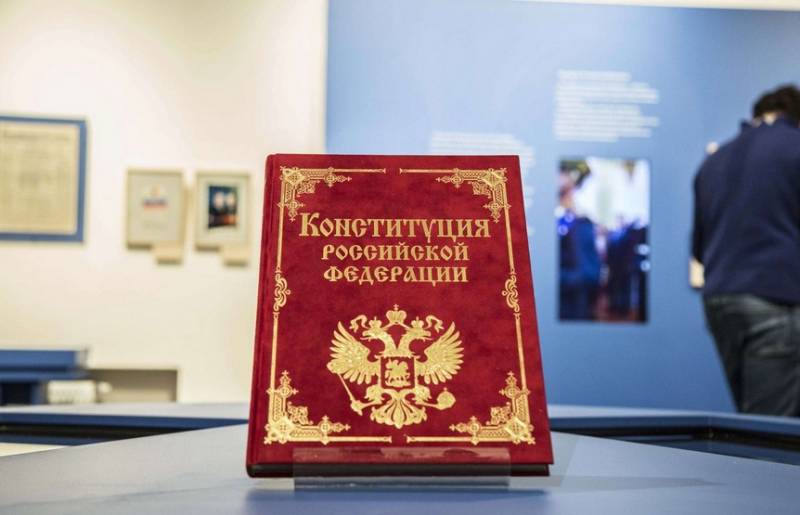 Today in our country is celebrated the Day of the Constitution of the Russian Federation. The officially memorable date was fixed in the fall of 1994 by decree of President B.N. Yeltsin, while the document itself was adopted on December 12, 1993.

It is worth noting that the process of adopting the country's basic law has caused a lot of controversy and controversy among the Russian authorities. The thing is that at that time there were several drafts of the Constitution. At the same time, the main "contenders" for the people's assessment were two: the draft of the Supreme Soviet and the Constitutional Conference convened by the president.

As a result, the latter was taken as a basis, but with revision, in which representatives from all subjects of the Federation, deputies and other specialists participated. A kind of compromise solution.

On December 12, 1993, the country's draft basic law was submitted to a popular referendum, in which just over 58 million Russians took part. Almost 33 million of our compatriots voted in favor of the adoption of the new Constitution. The main regulatory document of the country came into force on December 25.

Thanks to the adoption of the new Constitution, the citizens of Russia for the first time in stories there was an opportunity to defend their rights in court, referring to its norms. In addition, from now on, the basic law equally protected all forms of property, without exception, and not just state property, as it was during the Soviet era.

During the existence of the Constitution adopted in 1993, various amendments were made to it several times. For example, in 2009, the presidential term was increased from 4 to 6 years. In 2014, most of the changes to the main regulatory document of the country were associated with the inclusion of Crimea and Sevastopol in the Russian Federation, as well as the merger of the Supreme Court and the Supreme Arbitration Court of the Russian Federation.

However, the most ambitious constitutional amendments were made last year. Almost 78% of Russians voted in favor of changing the basic law, with a turnout of 67,97% (almost 58 million people).

It is worth noting that the greatest public outcry was caused by the changes associated with the so-called "zeroing" of presidential terms, which allows the current leader of Russia, Vladimir Putin, to nominate himself in the next elections in 2024.

However, many of our fellow citizens for some reason did not attach importance to other important changes. For example, many amendments, there were 206 of them, concern social issues such as the annual indexation of pensions, protection of the dignity of citizens and respect for their work, as well as affordable medicine and care for children left without parental care.

Finally, it should be borne in mind that the Constitution in Russia is now more important than international law. Consequently, the Constitutional Court from now on has the right not to execute decisions of international bodies, which in some way contradict our fundamental law. This is especially important in the current conditions, when many developed countries, primarily the United States, are demonstrating open hostility towards Russia.