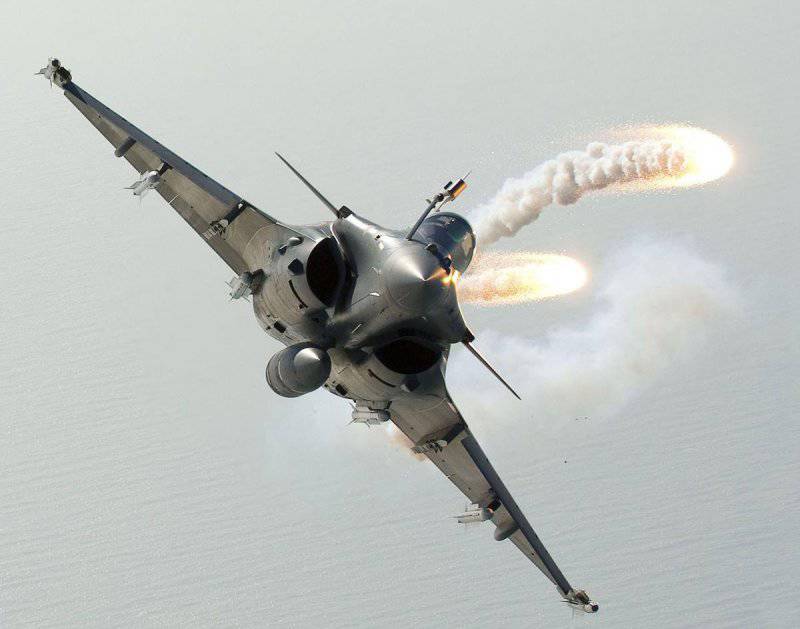 Sales of 2009 Rafale fighters to Brazil in 36, “historical a breakthrough, ”according to former President Frances N. Sarkozy, 126 aircraft to India ... The unsaleable Rafale began to gain momentum. But in Brazil, false consent did not turn into a contract, and in India negotiations were stalled even before the Indian government weakened under the blows of corruption scandals that could lead to a review of this deal.

The contract for the sale of 126 fighters to India was practically on ointment, the then ministers said. Only trivial things remained to be settled: the specification of materials, delivery time, weapon systems, pilot training. Too many little things of "incredible complexity", these words belong to M.P. Konez (Marianne Pierre Conesa), the former head of the Office of Strategic Affairs, which is responsible for export policy. According to him, at least a year must pass before the final signature on the contract, and he does not exclude his postponement depending on the results of the negotiations.

If the majority of French media at the beginning of the year expressed unbridled joy about this extraordinary commercial and industrial success, worth 9,2 billion dollars, very few, including the blog of Jean Guisnel, noted that it was not a contract, and that negotiations only have begun. “The point is that the Rafale fighter is offered by the manufacturer by Dassault Aviation at a price lower than that of the Eurofighter Typhoon. Therefore, special negotiations will be conducted between India and France. They will deal with the delivery of ready-made fighters to 16 and the assembly at HAL (Hindustan Aeronautics Limited), the remaining 110, whose components will be supplied by one of the 500 suppliers employed today in the production of Rafale. ”

Officially, India announced that it reserves the right to announce its decision before 31 in March 2013, when the fiscal year will be completed. That is, as in the Brazilian case, when the process continues, but France is no longer the favorite, and the political situation turns out to be much more complicated than it seemed before.

According to the Parisien newspaper, “two independent experts from the Committee for discussing the terms of the contract, the official commission that is in charge of exclusive negotiations in India, questioned the procedure, which led to the conclusion that the proposal of the Rafale group is financially preferable to the proposal of the European consortium Eurofighter, led by England and Germany. The Indian Minister of Defense made it clear that he would not stop before the cancellation of the contract, “if there were violations during the tender procedure”. Not to mention the corruption scandals that threaten the Indian Prime Minister, and whose resignation may suspend ongoing negotiations.

An auspicious moment that Rafale competitors will not fail to take advantage of. The Times of India newspaper conveys the words of A. Shockenoff (Andreas Schockenoff), a deputy from the Social Democratic Party and a close associate of A. Merkel: “Negotiations took place between the German representatives and the Indian side, and I can report that the negotiations are not closed. As far as I know, the Indian side has no formal commercial obligations. Eurofighter manufacturers are still finalizing their proposal, which will be the subject of negotiations between the European consortium and the Indian government. ”

The ringing of the bell was also heard from Russia, where the head of the FSMTC noted that "he has information that a new proposal for participation in the tender is on the agenda." Smoke in the eyes? In any case, this is an honest struggle on the part of those competitors who do not expect to surrender without a fight. Russia participates with the creation of a fifth-generation fighter jointly with India, and has proposals that are difficult to refuse.

Rafale still has some advantages related to its performance characteristics, cost of maintenance, similarity with the Mirage 2000 fighter, which is already in service with the Indian Air Force. Given strategic considerations, the choice of Eurofighter will force India to fight four different suppliers. Not to mention the risk of embargo, and here France can be considered as a more reliable partner, especially in relation to the Pakistani opponent of the Indians.