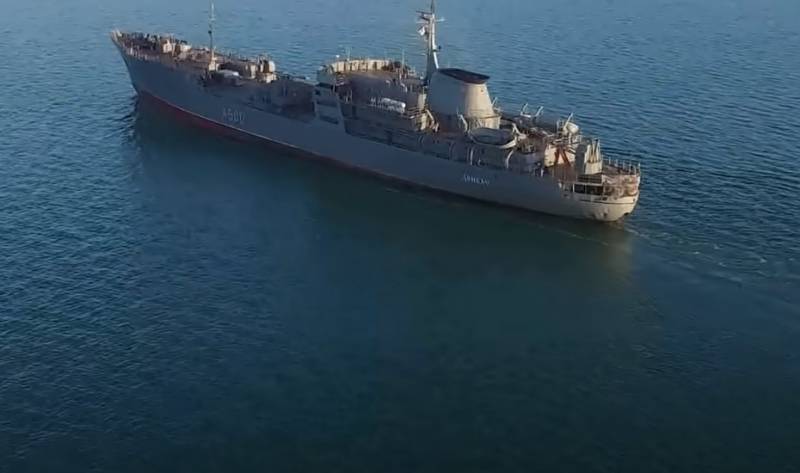 Another provocation of the Ukrainian Navy may occur in the Kerch Strait, where the Ukrainian command ship "Donbass" (A500) is moving, which does not respond to warnings from the border service of the FSB of the Russian Federation. The Ukrainian ship does not have a permit to cross the strait.

At the time of publication of the material, "Donbass" was about 18 nautical miles from the strait, moving in its direction, does not react to requests to change the course.

It became a part of the High-Speed ​​Line of Ukraine in 1997 as a floating workshop, in 2001 it was retrained as a command ship. Since 2014 he has been stationed in Odessa. He arrived in the Sea of ​​Azov in 2018 together with the tugboat Korets, passing the Kerch Strait accompanied by Russian border ships without any incidents. Based in Mariupol.
Ctrl Enter
Noticed oshЫbku Highlight text and press. Ctrl + Enter
Military Reviewin Yandex News
Military Reviewin Yandex Zen
72 comments
Ad