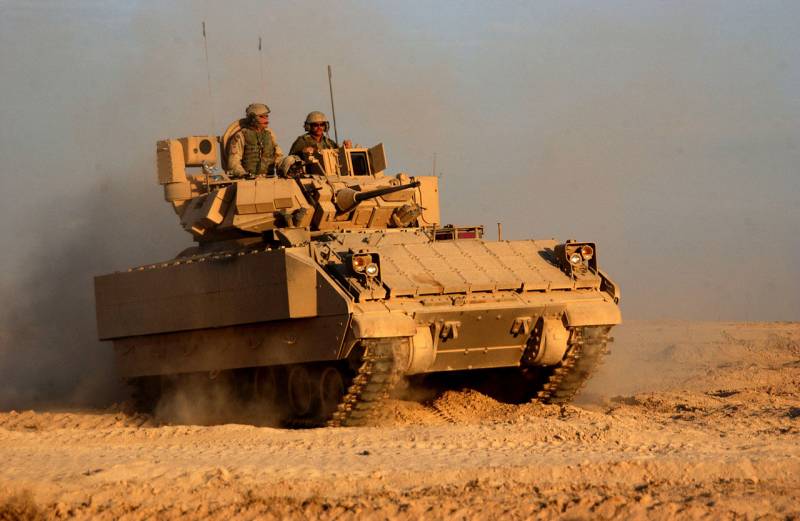 In the United States, work continues on a project to modernize the M2 Bradley serial infantry fighting vehicle using a hybrid power plant. By now, the necessary design work has been completed and the assembly of the prototype has begun. In the near future, he will go to the test, and later the second will join him. By the end of next year, the Pentagon will determine the real prospects for such a project.

The idea of ​​translating military equipment, incl. armored combat vehicles, fully electric or hybrid power plants appeared at the Pentagon for a long time. Several years ago, they began to consider it in relation to specific samples. The standard BMP "Bradley" was chosen as one of the potential carriers of the hybrid installation. This project received the working name B-HEV (Bradley - Hybrid Electric Vehicle).

Based on the results of preliminary study, in July 2020, a contract was signed for the creation of an experimental project with the subsequent manufacture of a prototype for testing. The customer is the Department of Defense's "Rapid Capabilities" and Critical Technologies Directorate. The American divisions of BAE Systems and QinetiQ were appointed as the contractors.

The contract cost of the project was $ 32 million. 15 months were allocated for its development, and the finished prototypes were required to be presented and brought to testing within 24 months. after receiving the order. So far, work is proceeding in full compliance with the established schedule. 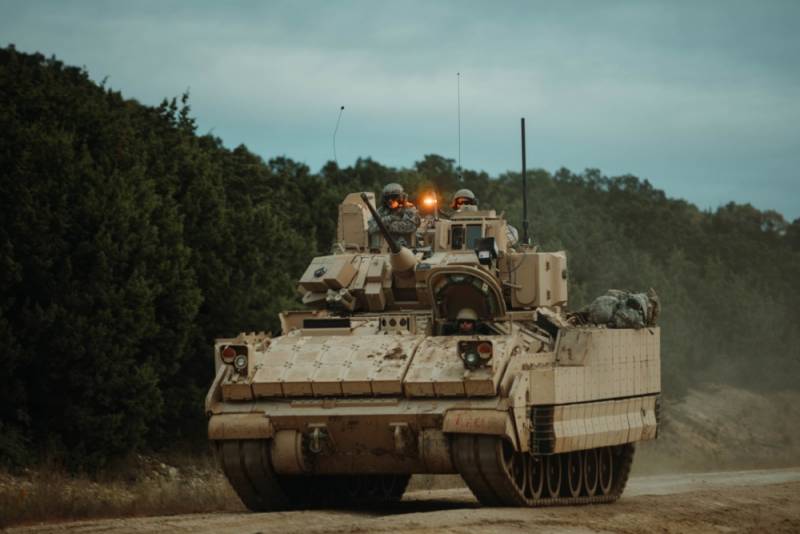 The latest modification "Bradley" - M2A4
In the future, the company developers several times disclosed the technical details of the project and their plans. The last news B-HEVs arrived in late November. According to Breaking Defense, the development companies are now completing the assembly of the first experimental BMP with a new power plant. The second car will be completed in February or March.

The first prototype will go to preliminary tests in January. In 2-3 months after that, it will be joined by a second copy of the B-HEV. A full set of tests will be carried out over the next year, although the exact date of its completion has not been announced.

The Office of Rapid Opportunities notes that so far it is only about demonstrating new technology and assessing its real capabilities. If two experienced BMPs show advantages over standard equipment, the B-HEV project will be developed. In addition, the experience and developments of this project can be extended to other relevant programs.

According to reports, the B-HEV project offers a deep modernization of the serial BMP "Bradley" one of the latest modifications. It provides for the preservation of existing armored units, general on-board systems, electronics and weapons. At the same time, a radical restructuring of the engine compartment is being carried out. Instead of the standard transmission, it houses the QinetiQ EX-Drive hybrid unit. 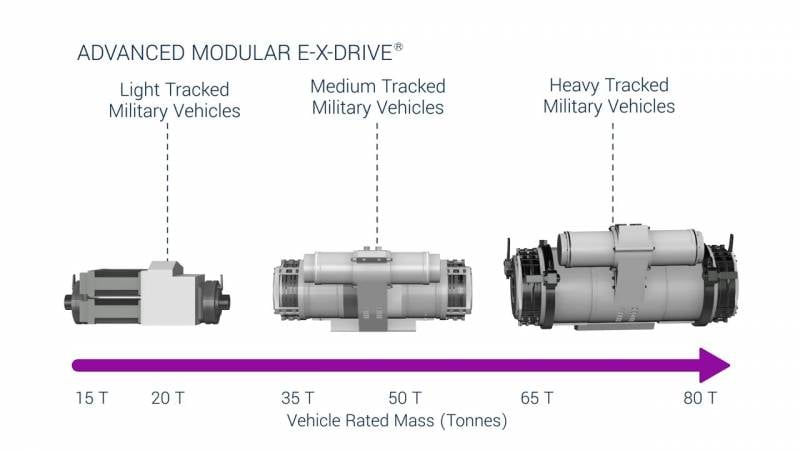 EX-Drive Transmission Line
The EX-Drive project has been developed since the late nineties and offers a whole family of electric transmissions for use on wheeled and tracked platforms of various classes. When creating a hybrid BMP, an "average" transmission configuration is used, designed for vehicles with a gross weight of up to 50 tons. This choice of transmission not only provides the necessary characteristics, but also provides a large margin for further modifications and experiments.

The EX-Drive medium version is a unit that includes an electric generator, a pair of traction motors, the necessary mechanics and electrical control systems. Depending on the features of the platform, the transmission can be performed using an integrated scheme or with component separation according to available volumes.

In their current form, the electric transmissions from QinetiQ are intended for use in conjunction with a diesel engine and battery. However, in the future, given the necessary technological capabilities and the wishes of the customer, they can abandon diesel engines and completely switch to electricity.

B-HEV prototypes receive the EX-Drive transmission fully configured with all the features offered. Its work will be provided by the standard 903 hp Cummins VTA-650T engine. and high capacity batteries. Apparently, the new units will also be included in the general electrical systems of the armored vehicle. 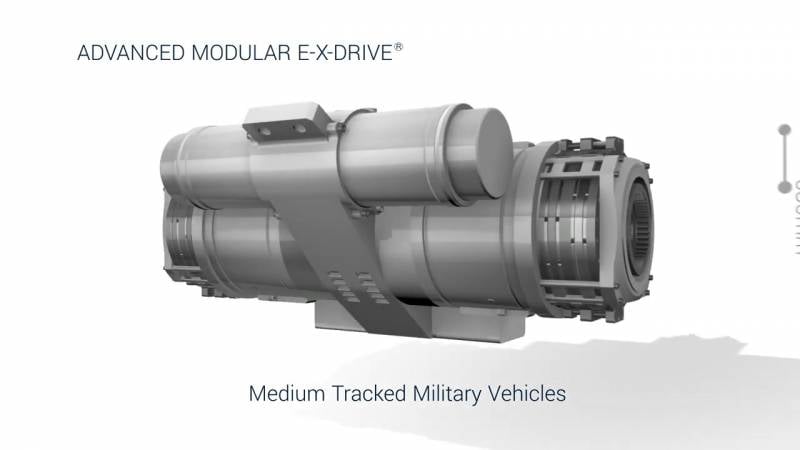 It is assumed that the hybrid power plant will maintain or improve the main characteristics of the combat vehicle. At the same time, it will provide an increase in some indicators, as well as give certain advantages over serial infantry fighting vehicles. However, so far we are talking only about calculations, and the B-HEV project still needs practical verification.

An important advantage of the B-HEV project is the use of the existing platform in the form of the production M2 Bradley machine. This allows you to check the transmission in fact in real operation in the army. In addition, a reserve is being created for a hypothetical modernization of combat equipment. If the current pilot project pays off, in the future the Pentagon could begin re-equipping its BMPs - without the need to develop such a project from scratch.

Two electric motors instantly deliver the required torque to the drive wheels and provide straight-line movement with the required speed and dynamics. Maneuverability is also improved: by simultaneously rewinding the tracks in different directions, the chassis can turn on the spot.

The B-HEV project provides for two driving modes: with a diesel engine and with batteries. In both cases, the mobility characteristics should remain at the level of the serial BMP. Using only rechargeable batteries will drastically reduce driving noise. When the batteries are fully charged, the car will be able to move for up to 6 hours. 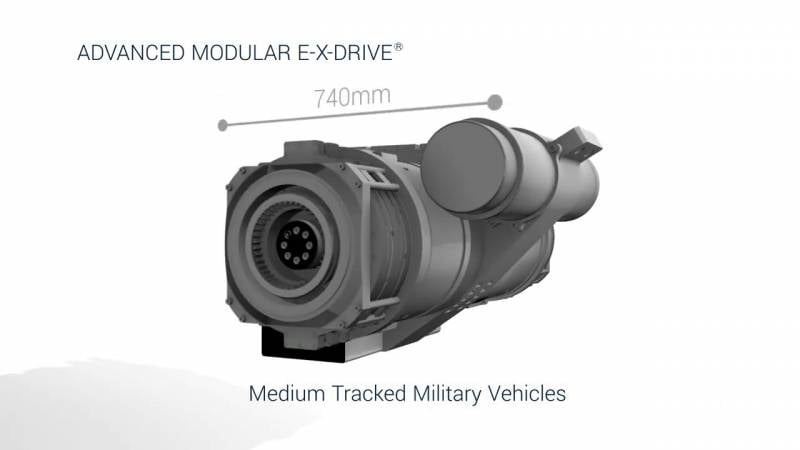 Due to the high-power generator, it will be possible to ensure not only movement, but also the operation of all on-board systems. In addition, there is a fundamental possibility of increasing the capacity with a reserve for further upgrades.

The economic aspects of the project are of great importance. According to calculations, the EX-Drive system differs from other types of transmission in its increased efficiency, which will reduce fuel consumption by 10-20 percent. Accordingly, the army will be able to reduce the cost of purchasing liquid fuel and free up funds for other projects. In the future, it is possible to abandon the diesel engine with charging batteries from external sources. This will provide even greater savings.

Finally, the ecological features of the technology are also mentioned. Due to the higher efficiency, emissions of carbon dioxide and other substances should decrease, and operation on batteries will generally eliminate the appearance of exhaust gases. In this case, the environmental performance of the machine will be determined mainly by the features of power grids and generation.

The EX-Drive electric transmission has already been tested on experimental platforms and confirmed all the main characteristics. Now BAE Systems and QinetiQ are preparing to test this product on the basis of a real combat armored vehicle, and in the interests of a large customer. The results of these tests will determine the future of both a specific project and an entire direction. 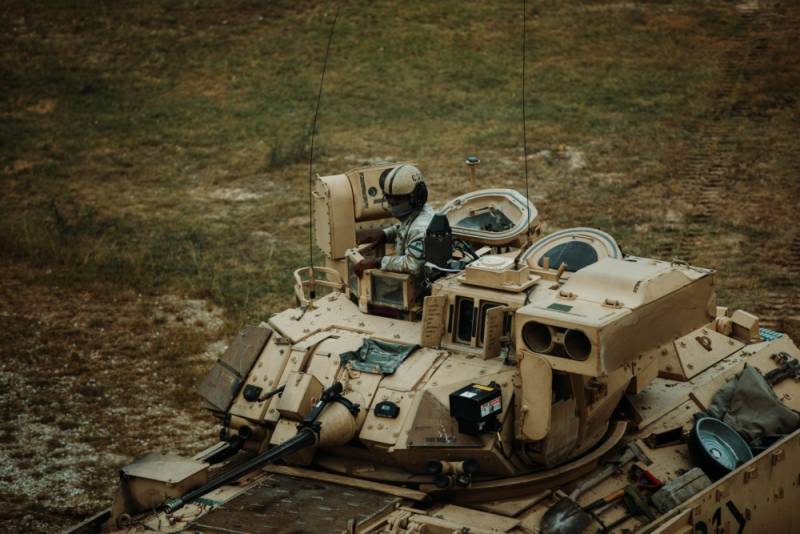 The latest modification of the M2 Bradley features an expanded range of equipment that imposes increased demands on power supply
The previous successes of the EX-Drive project give its creators reasons for optimism. Indeed, the experimental B-HEV technique with a new transmission can show all the necessary characteristics and qualities, and the project will be further developed. The most optimistic scenario implies the completion of the development of the modernization project and the subsequent massive update of the Bradley BMP in combat units.

In addition, the developments in B-HEV can find application in other projects of this kind. With the help of EX-Drive or similar products, in the future, you can upgrade other samples of armored vehicles. Also, these transmissions are suitable for use in completely new projects.

However, the B-HEV project is notable for its complexity, and its success is not guaranteed. At any stage of testing, he may encounter certain difficulties that will negatively affect the timing of the work, the opinion of the customer, as well as the prospects of the project and the entire hybrid direction. It cannot be ruled out that the new “green technologies in the proposed form will not meet expectations, and the project will be closed for lack of real prospects after the completion of the tests.

The future of the experimental B-HEV project and hybrid power plants for armored vehicles has not yet been determined. They have advantages and disadvantages, and only full-fledged tests of experimental equipment will be able to determine their exact ratio. Tests of the first prototype Bradley BMP with unusual units will begin next January, and the results of the project will be known by the end of the year. And then they can reveal new plans for the introduction of hybrid and electric systems in the field of armored vehicles.