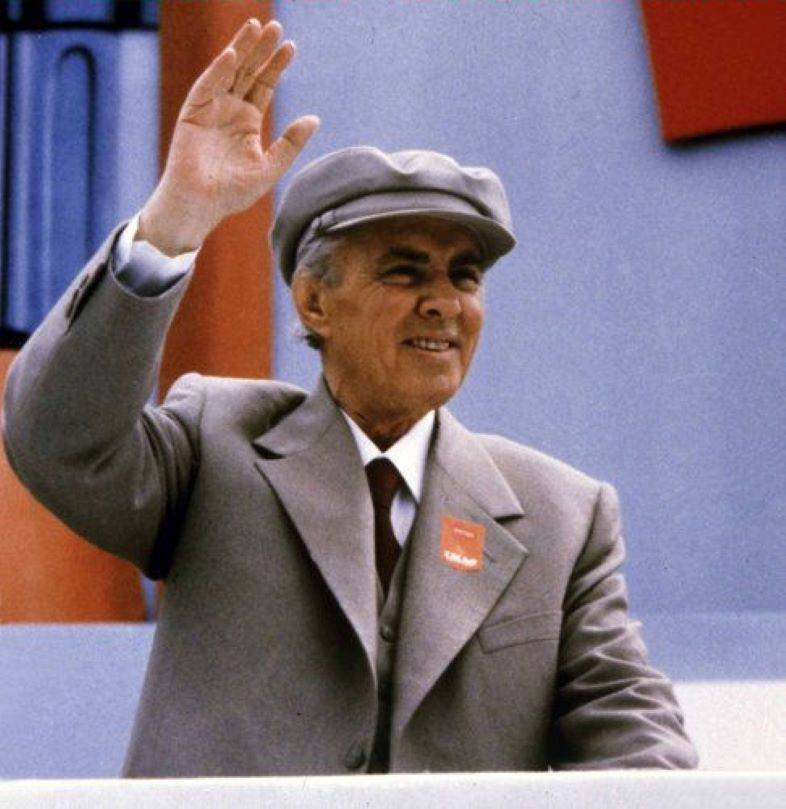 And our plans are huge

On December 9, 1961, two countries from the socialist camp - the powerful USSR and miniature Albania - officially broke off diplomatic relations with each other. The Ambassador of Albania to the USSR Nesti Nase (1922–1994) left Moscow on December 3, 1961; Soviet ambassador I. V. Shikin (1906-1973) left Tirana on 25 November.

Until 1962, only the heads of the embassy offices remained in the embassies. The Soviet Foreign Ministry, in its laconic statement on December 9, promptly accused Tirana of

unfriendly actions against Soviet diplomats and citizens, which is associated with the anti-Soviet policy of the Albanian leadership.
The Albanian Foreign Ministry was no less laconic to counter these accusations.

subversive, espionage work of a considerable number of Soviet diplomats, their attempts to dictate domestic and foreign policy to the leadership of our country.

Prior to that, in October 1961, at the XNUMXnd Congress of the CPSU, Khrushchev attacked the obstinate Albanian authorities, accusing them of “sold for 30 pieces of silver to the imperialists". At the same time, Khrushchev was echoed by all the members of the Presidium of the Central Committee who spoke at the congress, including, for example, Brezhnev, Mikoyan and Podgorny.

in October 1961, at the XNUMXnd Congress of the CPSU, at which Khrushchev renewed his offensive against Stalin, he attacked the Albanian “leaders longing for Stalin.

And Chinese Premier Zhou Enlai, in his speech at the Soviet Congress, stated that

"Indiscriminate criticism of the Albanian leadership cannot be regarded as a serious, Marxist-Leninist approach."

He demonstratively honored the memory of Stalin at his new grave. 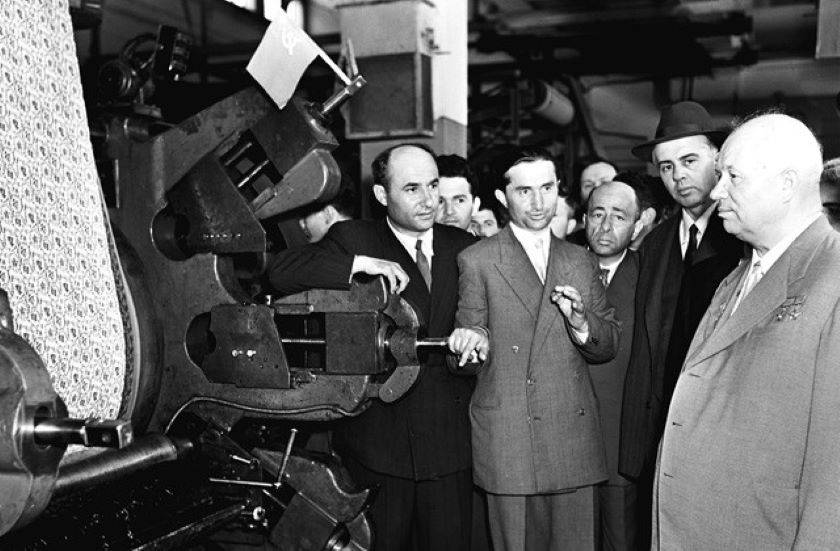 In turn, in the Albanian media, Enver Hoxha called the removal of the Stalinist sarcophagus from the mausoleum (October 31, 1961)

unique blasphemy, with which the Khrushchevites are trying to cover up the traces of their elimination of Stalin.
Moreover, Khrushchev, without agreement with Tirana, supported the then demand of Greece for an autonomous Greek region in the Albanian-Greek borderland. Not for the sake of a protocol meeting in early June 1960, Khrushchev invited ex-Prime Minister of Greece Sophocles Venizelos to Moscow.

During the conversation “dear Nikita Sergeevich"(As he was called in the Soviet media since 1959) agreed with the need for this autonomy, promising to discuss this issue with E. Hodge. The latter, of course, accused Moscow of alliance with Greek chauvinists and Tito's Belgrade to dismember Albania.

If a friend was suddenly

As noted by the Yugoslav newspapers,

the most friendly countries of the Soviet bloc to each other in a matter of time became each other's enemies. Khrushchev's hopes that Tirana would quickly obey his orders and anti-Stalinist decisions collapsed: E. Khodja, "Albanian Stalin" turned out to be a tough nut to crack.
The severance of diplomatic relations was preceded by mutual ideological polemics at different levels since the beginning of 1960, and on the verge of mutual direct insults of the top leaders. But already in the spring of 1961, both sides crossed this line.

And even in April-June 1961, the USSR unilaterally terminated all economic agreements with Albania. Since the spring of 1961, financial, economic and military-technical assistance to Tirana has been provided exclusively by Beijing (Khrushchev and the non-aligned).

The fact that Khrushchev hated the weakest at that time, moreover, the smallest socialist country, manifested itself during his meeting with the leadership of Czechoslovakia on June 1, 1961 in Prague:

... With Albania, where Stalin is worshiped, we now have such relations that it could not be worse. They are crazy. We stopped all help. Even where the construction of objects in Albania is 95% completed, we will not finish building it - we will not help our enemies! We will recall all our specialists shortly. 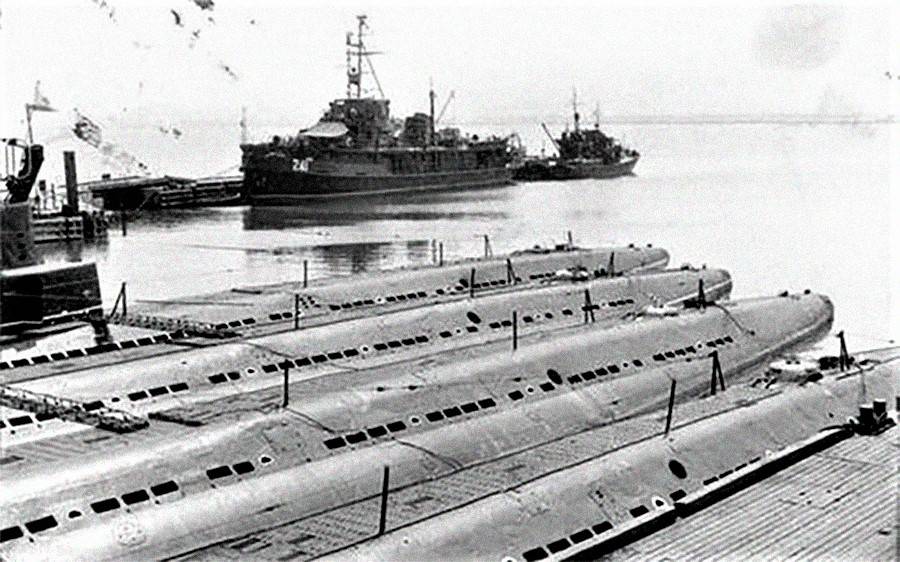 As for Khrushchev's assessment of the events in April-May 1961 at the Soviet naval base, which operated from the beginning of the 50s in the south of Albania in Vlora (The deeds of Nikita the miracle worker. Chao, Albania),

we were able to withdraw 8 submarines, and the Albanians, acting as pirates, captured 4 submarines, on which there was a mixed Soviet-Albanian command. From Beijing and Belgrade we were advised not to aggravate this conflict. 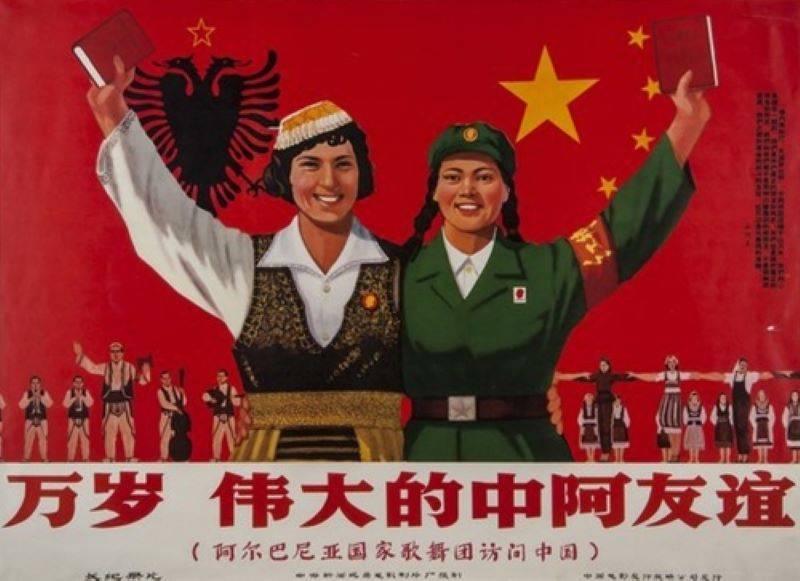 Meanwhile, the well-known contradictions between Tito's Yugoslavia and Stalinist Albania did not become an obstacle to Belgrade, along with Beijing, actually supporting Tirana in the Vlora conflict. For Yugoslavia, and even more so for the West, benefited from the weakening of the military-political positions of the USSR in the Balkans.

Moscow insisted that the CMEA and Warsaw Pact countries recall their ambassadors from Albania. But those ambassadors, except for the Romanian one, were recalled "for consultations" only for 5-6 months, and then they returned to Tirana. Although a campaign was launched in Albania against “East European puppet revisionism»: It only stopped in 1990.

Which party said: it is necessary!

In this regard, the statement of the Central Committee of the Albanian Party of Labor of January 19, 1990 is noteworthy:

... The peoples of the region fulfilled their long-standing aspirations by overthrowing the revisionist regimes, but this was taken advantage of by the right-wing forces and the international bourgeoisie supporting them. The working people, unfortunately, sided with the new anti-socialist authorities, for they mistakenly linked the rule of revisionism, the dominance of bureaucratic structures, the state of stagnation in these countries with socialism, with the ideology of Marxism-Leninism.
The Albanian communists have always consciously fought for the peoples to understand the danger of revisionist discrediting of socialism, its revolutionary ideology and politics. But the tragedy happened. We are painfully experiencing it, but we do not fall into despair.

However, in the fall of 1990, the APT was forced to abandon the monopoly on power in the country.

Meanwhile, the Soviet leadership in July 1962 requested Belgrade to allow Yugoslavia to pass the Warsaw Pact troops or Soviet special forces to Albania. But Tito rejected these "projects" and even reported them to E. Hoxha. The latter thanked Tito in a short telegram “Thank you, Marshal, for your decency”, But did not stop criticizing Tito's policies. 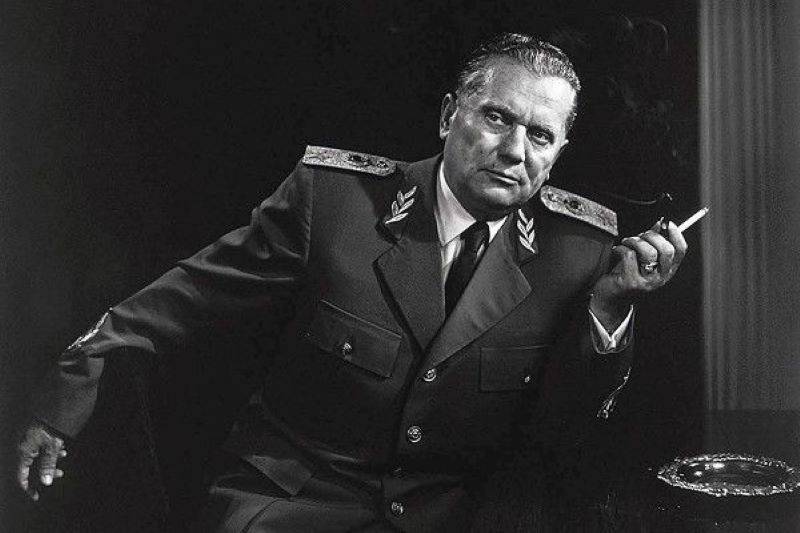 The fact that Albania escaped a pro-Soviet coup or invasion by troops of the Warsaw bloc countries is the merit of not only the PRC, but also, we repeat, Yugoslavia. As noted by the well-known Serbian political scientist and historian Alexander Zhivotich, the leadership of the SFRY convinced Moscow and the West that

they need to stay away from Albania. " Yugoslavia rejected “Moscow's hints of a possible military intervention in Albania or the elimination of E. Hoxha, rightly believing that these options were unacceptable for the SFRY.
Yugoslav diplomats believed that the intervention or coup in Tirana would be used by Western politicians and the media in a campaign against the USSR, which was trying to impose its will on one of the smallest and weakest countries. ”
In addition, the withdrawal of Albania from the Soviet camp “aroused great interest in it from the Western countries, which was known in Tirana. Where, in this situation, it was believed that the West would also support Stalin's Albania in the event of an attempt by Moscow to “repeat” in Albania the intervention and coup of 1956 in Hungary.
As a result, in the early 60s and later, Albania, thanks to many interrelated factors, managed not only to withstand, but also to win politically in the conflict with Moscow. Until 1990 ...