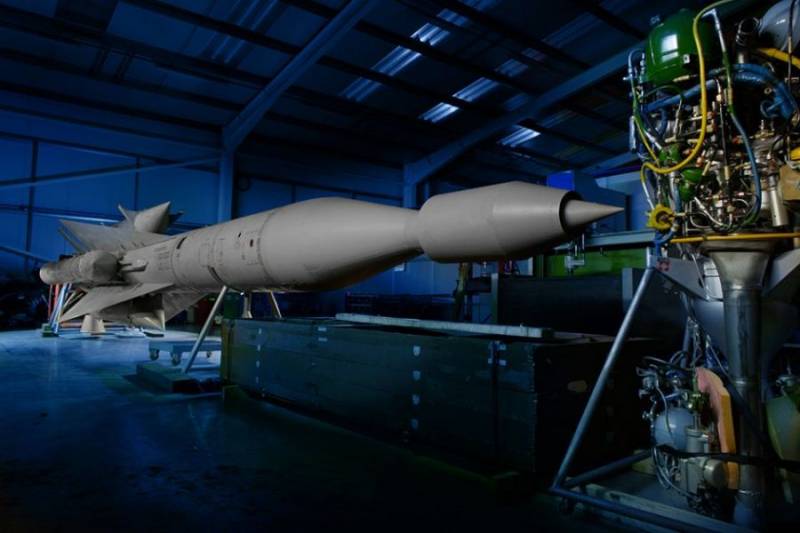 In November 2021, an unusual lot appeared at the Breker auction - a prototype of the Kholod hypersonic flying laboratory. History "Cold" itself ended two decades ago, but now, due to the growing interest in hypersonic vehicles, it is worth telling it again.

From a practical point of view, the main element of the hypersonic laboratory was the 11-meter missile of the S-200 complex. Without a liquid-propellant jet engine with a thrust of 10 tons, there could be no talk of hypersound.

The highlight was the head part. There were samples of hypersonic ramjet engines (scramjet engines) with control systems and fuel reserves. The purpose of the experiment was to study the operation of a scramjet engine running on cryogenic fuel (hydrogen) in the speed range 3,5–6,5 M.

The scramjet unit was part of the rocket design and did not make independent flights. Nevertheless, the instruments each time recorded disturbances when the engine was turned on. Of course, in that avalanche of fire created by a liquid-propellant rocket engine with a thrust of 10 tons, it was not easy to determine a mere percentage of additional thrust.

The purpose of the GL "Kholod" was not to make flights with the help of a scramjet engine. That would be too bold an expectation.

The project participants were interested in the processes in the combustion chamber in real conditions at hypersonic speeds. The goal was to test the basic principles of such an engine. And is his work even possible.

The combustion chamber has been proven to work. This became the main meaning of experiments with the participation of the Kholod hypersonic flying laboratory.

In the foreign project X-43A, the achievement of hypersonic speeds was carried out in two stages. The first "stage" was the B-52 bomber, which lifted the hypersonic aircraft with an accelerator to an altitude of 10 km and reported to this "bunch" a speed of 900 km / h. The accelerator was, neither more nor less, the light-class Pegasus space launch vehicle.

To communicate to the apparatus with a mass of 1 kg, a speed of 400 M, 7 tons of rocket fuel were consumed. Acceleration to a speed of 15M demanded full effort from the Pegasus. In this version, the mass of the rocket was 9 tons.

Unlike the Cold, the X-43A still separated from the missile. However, it remained a hypersonic glider. The fuel reserve on board was a whole 1 kg of hydrogen, to ensure the engine's operation for 11 seconds. The goal was again to study the processes in the combustion chamber at high Mach numbers.

It is no secret that hypersound was achieved only due to the thrust of a space rocket. But overseas hastened to present the X-43 as "the fastest aircraft with a scramjet engine." So he entered the "Book of Records".

For the 9-swing anti-ship missile "Zircon", all the problems identified are long gone. Secret technologies made it possible to "tamp" the space launch vehicle into the dimensions of the frigate launcher.

Not forgetting to save space for the aircraft itself with a hypersonic engine.

Assumptions about "Zircon", as about an unknown modification of "Onyx" with a more powerful accelerator, "which will throw the rocket to the required height, giving it a speed of 9 M", have nothing to do with reality.

This is indicated by well-known examples.

An example of GL "Cold".

The 58L hypersonic engine used in the project had a mass of 205 kg, excluding the equipment that occupied the first and second sections of the missile defense system. The total value of the load can be estimated at several hundred kilograms. To accelerate to a speed of "only" 6,5 M, it took the world's largest anti-aircraft missile, which burned more than 2 tons of liquid fuel and two tons of solid fuel.

When discussing the 9-swing Zircon, one should not pin hopes on achieving this speed with the help of the starting accelerator. A solid or liquid propellant rocket capable of accelerating an anti-ship missile up to Mach 9 will under no circumstances fit in a cell of the 3S14 ship firing complex (UKSK).

This can only be provided by a hypersonic ramjet engine, which does not require an oxidizer supply on board. Ambient air is used as an oxidizing agent. Therefore, any air-jet engine is many times superior in specific thrust to liquid and solid-propellant rocket engines.

However, it doesn't work that easily on hypersound.

Instead of creating thrust, a running engine, on the contrary, slows down the flight, being a source of excess resistance on the path of the oncoming flow. Of course, this situation will last for a few milliseconds, then detonation will occur with the destruction of the combustion chamber.

These are the common problems when creating a scramjet engine.

The solution is to achieve the maximum possible air flow rate in the engine (supersonic combustion), which will not only keep the combustion chamber intact, but also create the necessary thrust value to ensure flight. That immediately runs into another problem - the fuel does not have time to burn in such an engine. Therefore, in well-known experiments, the problem was flooded with liquid hydrogen.

Doesn't exist today not a single example of an operating scramjet engine for flight at speeds above 6 M, which would create enough thrust to maintain hypersonic speed and could use something more practical than hydrogen as fuel.

Except for the mysterious Zircon rocket.

In all known experiments, scramjet models were used that worked in an incoming air flow, which practically did not create thrust. The devices reached their hypersonic parameters only with the help of rocket boosters of a very robust size.

Is it enough to overclock to 5M?

As a proposal: give the device a speed of 5 M, after which the switched on scramjet will accelerate it to the required 9 speeds of sound!

Yes, this is exactly what the proposed idea sounds like, which is popular among many participants in the discussion of Zircon.

Let the readers themselves rate this idea.

The author will allow himself to add that in none of the modern concepts (for example, the Russian hypersonic laboratories GLL-AP or GLL-AP-02) the possibility of something like this is not considered.

There is reason to believe that the inclusion of a scramjet engine at a speed of 5 M will limit the maximum speed to about 7 M. The process of fuel combustion at even higher speeds will require a different design of the combustion chamber.

This conclusion follows from the test results of the Kh-43A. All details about the project were made publicly available. From shots taken from the side of a hypersonic aircraft, to the layout and layout of technological holes on the hull, with an explanation of their purpose.

One model of the engine was intended for testing at speeds up to 7 M. The second - at high speeds. In the illustration below, you can get acquainted with some of the details related to the combustion chamber and the design of the scramjet engine. 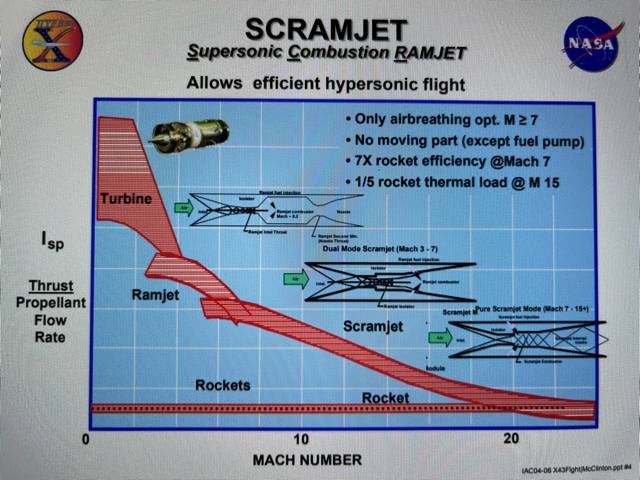 In all previous tests, scramjet-powered hypersonic vehicles could not even maintain flight at the speed that the rocket stage told them. Taking into account such "successes", the acceleration of an anti-ship missile from 5 to 9 M only with the help of a scramjet engine sounds unrealistic at the present time.

History has never seen anything like it. So that muzzle-loading caronads and rapid-firing miniguns would stand nearby on the deck.

Further, such breakthrough technologies, allowing flights in the atmosphere at 9 M, for some reason found application only in one single project. New engines, new fuels, new materials. When flying at a speed of 9 M for a couple of minutes, the skin temperature will be 15 times higher than that of the supersonic Onyx. A new era in materials science and rocketry!

However, all other modern projects of a similar purpose do not contain anything that would indicate the possible use of Zircon technologies.

"Caliber", unique missile "Onyx" or put into service in 2016 aviation The Kh-32 anti-ship missiles do not show a sensational performance gap.

And finally, how are the statements about the imminent adoption of a 9-fly rocket with the news from the "Flight Research Institute. MM. Gromov ", where work is underway to re-equip the Il-76MD military transport aircraft (board number 76454) into a carrier aircraft of the new generation hypersonic flying laboratory GL-AP-02, which has been undergoing tests at stands for more than ten years in order to study flight at speed 6 M. Of course, in the case of a real launch, a multi-ton rocket booster will be used to reach hypersonic speed. 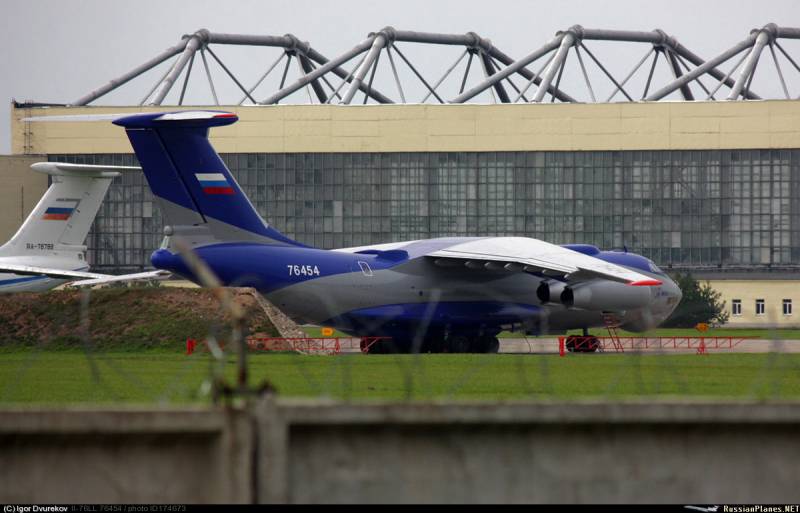 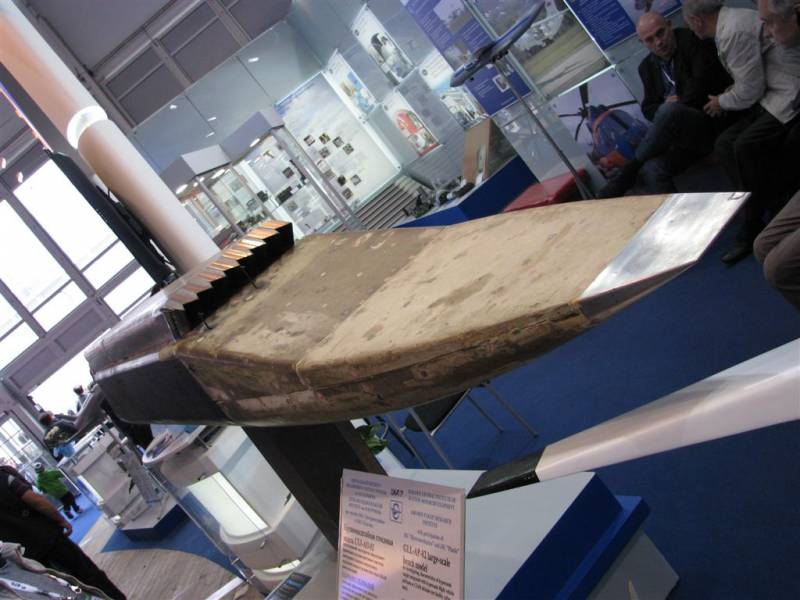 Photo: S.V. Gurov
It is urgent to inform the LII management that they are stuck in the past. Now the trend is the speed of Mach 9.

Over the past few years, the author has been making an annual review on this topic, delving deeper and deeper into the story of "Zircon" and hypersound. And with each new announcement of an increase in its speed, from the original 5-6 M to the current nine, this project is acquiring more and more grotesque features and diverges from the observed reality. The reality looks different. There are problems associated with the adoption of technology with a much more traditional design.

This year, the launch footage presented took into account an unfortunate mistake made when filming past tests. They began to retouch the footage, in which the operation of the attitude control engines at the head of the rocket was noticeable, followed by the shooting off of the engine air intake cover.

All too obvious signs inherent in only one, the only existing anti-ship missile with such a feature. RCC "Onyx". Which stood out too much on the launch footage in the fall of 2020 and immediately raised a number of natural questions.

Very convincing footage confirming the creation of weapons that will change all existing ideas about missile technology and aviation.