From autumn to winter - without Russian gas? November Stream Chronicles 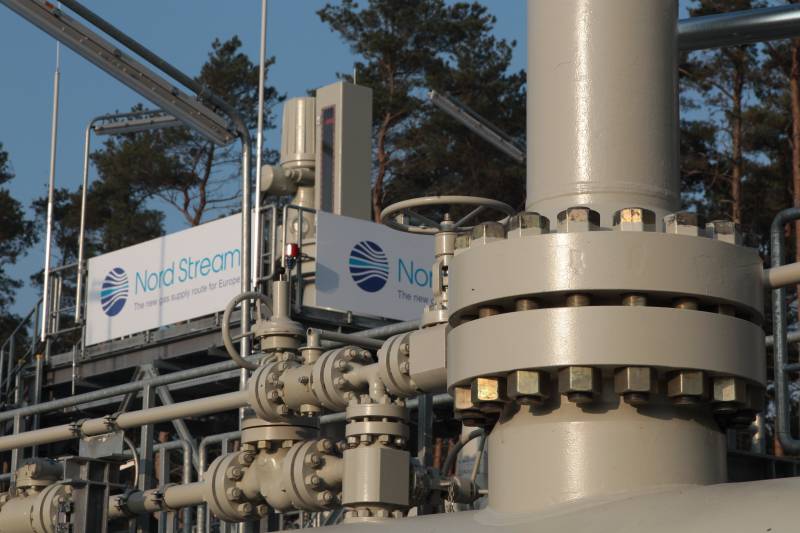 Everything has already been paid for to us

The situation around the ambitious gas project began to calm down at the end of October. It is no coincidence that Russian lawmakers then noted that the completion of the certification process for Nord Stream 2 is realistic already in December 2021 - January 2022, provided that the process is not politicized.

From the programmatic speech of Pavel Zavalny, Chairman of the Duma Energy Committee, it followed that if the European Commission and the German regulator did not violate the procedures and regulations, the gas pipeline would be certified no later than December 2021 - January 2022.

November 1 2021 city At the climate summit in Glasgow, Scotland, a number of green delegations acknowledged that the launch of Nord Stream 2 will definitely improve the gas supply situation in Europe.

Primarily because it opens up capacities for the supply of blue fuel from the Bovanenkovo ​​field. As you know, it reached the productivity of 115 billion m3 / year. There is no opportunity to supply these volumes to Europe through the Nizhny Novgorod corridor and through Ukraine, and only two Nord Streams are capable of doing this. 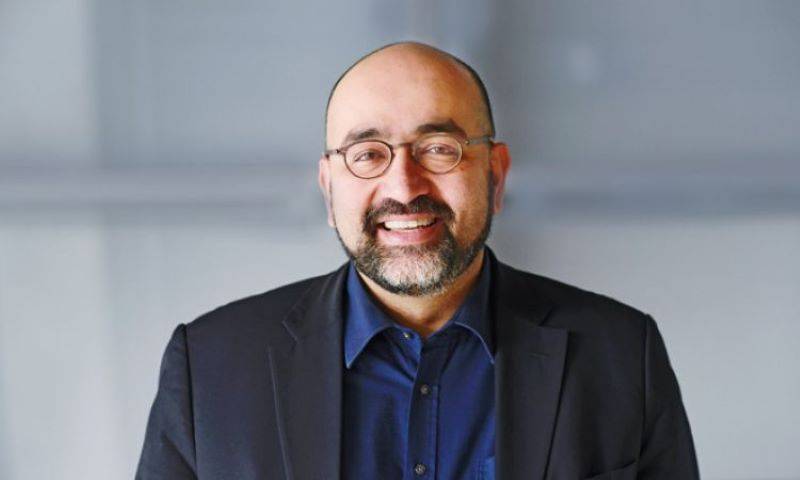 Photo: wikimedia.org
The representative of the German Green Party is quite in solidarity with the Ukrainian political scientist Zemlyansky, who is surprised that “the certification process of the gas pipeline is far from the first time, the conditions are the same, but for some reason neither German lawyers nor Russian lawyers understood that the pipeline operator should be registered in Germany".

These experts are convinced that they probably knew about such a nuance, but they deliberately violated it. At the same time, O. Nuripur notes that the gas pipeline itself was and remains a wrong German decision - not an American one.

But the new US sanctions are also unacceptable for the opponents of Nord Stream 2, and the “greens”, who have always fought with the gas pipeline, now cannot understand “what kind of friendship is that the United States is striving for and in which sanctions fall on friends if they do business with third parties. "

So, Denmark has taken up the old, despite the acute energy crisis in Europe and the previously issued building permit, which the Danish prime minister designated as a technical moment. The situation on the energy markets did not change the country's position.

Of stories issue... Recall that the problems of the Nord Stream 2 project began precisely with Denmark, which closed its Special Zone in the Baltic (Danish Gas Games). The subsequent retreat of the Danes turned out to be only a maneuver. Involvement in the Gazprom project created the illusion of confidence that the project could not be stopped.

Apparently, it was not possible to stop SP-2, but it was most likely to reduce profitability, although now the changed situation with gas prices again makes the project highly profitable.

The main route was threatened with blocking by Denmark for reasons of national security, and there was no progress on it. Project operator Nord-Stream AG withdrew its application, choosing an alternative route, which is regulated not by the Danish authorities, but by the UN Convention on the Law of the Sea.

However, there were delays, both along this route and along the third, although they did not seriously affect the course of construction. It was delayed the most by US sanctions and then by the coronavirus pandemic. Nevertheless, they deserve their gratitude from the United States in Copenhagen.

This did not stop US President Donald Trump from making an unprecedented scandal with his offer to buy from Denmark (more precisely, transfer it) to Greenland in perpetual US possession. Is it any wonder that Copenhagen has begun to look more soberly at the Nord Stream 2 project?

The coming to power of the Democrats, headed by J. Biden, allowed Denmark, saving face, to withdraw from bargaining on Nord Stream 2, focusing all attention on the Polish alternative to the Baltic Pipe (Poland offers an alternative to Nord Stream). 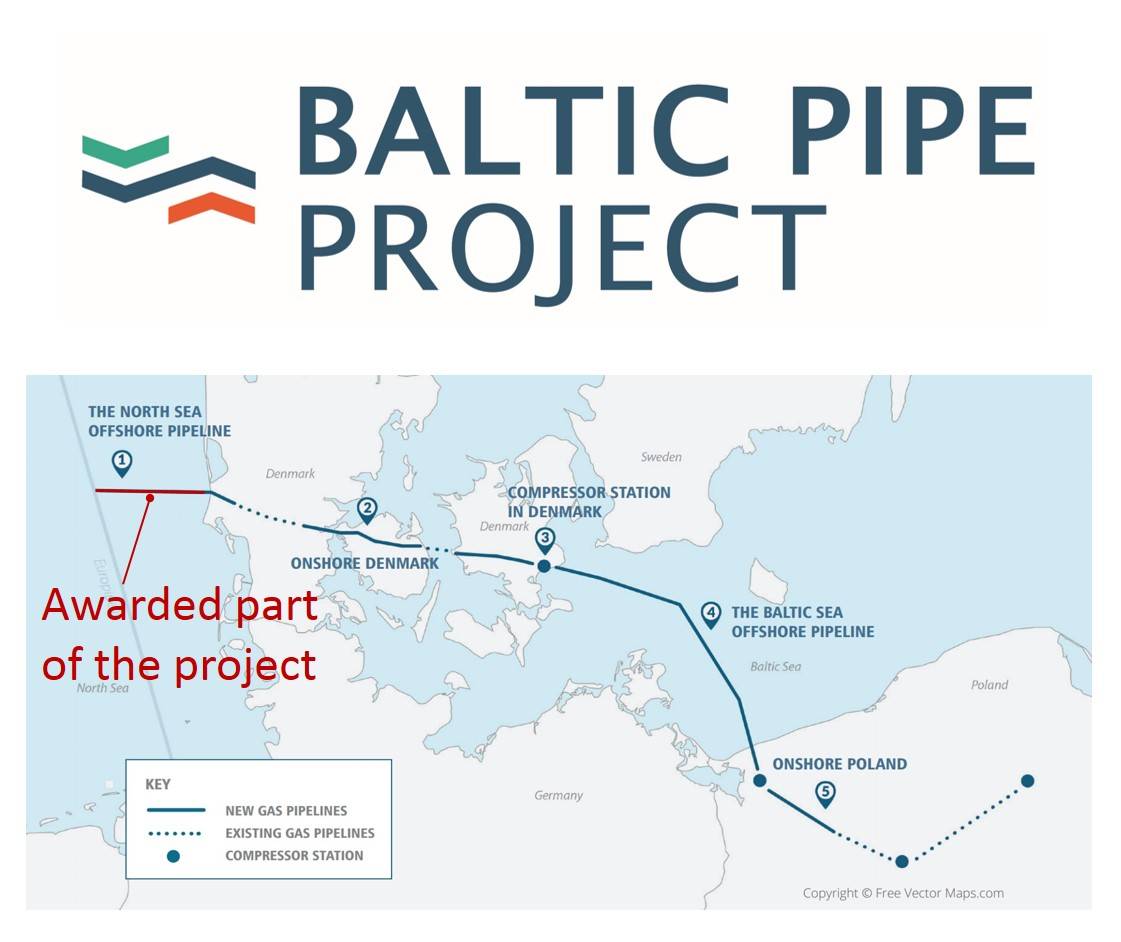 8 November. Another ardent opponent of Nord Stream 2, Ukraine, is in a hurry to remove its share of the cream from it. An application has been submitted from Kiev from the Ukrainian GTS to participate in the certification of the Russian-European main gas pipeline.

A positive decision was made a week later. There are no additional costs for the Ukrainian share - the partners will have to share.

9 November. A group of Republican senators prepared an amendment to the bill on the US defense budget for fiscal 2022, which, as is known, takes into account the expanding sanctions against the Nord Stream 2 gas pipeline.

The amendment was initiated by six senators, the leader of which is the head of the US Senate Foreign Relations Committee D. Risch. In accordance with it, the sanctions should be expanded.

As a result, on November 23, two more suspects were added to the sanctions list - the supply vessel Marlin, which participated in the completion of the Nord Stream 2 project, and the Blue Ship, a stone-laying vessel flying the flag of Cyprus. He has been backfilling gas pipes in Danish waters since September 2021, after the completion of the construction of the gas pipeline.

In the name of peace on earth?

16 November. In addition to the Ukrainian gas transportation system operator, admitted to the certification procedure for the Nord Stream 2 gas pipeline operator, Nord Stream 2 AG, the same right is reserved for the Polish PGNiG and its subsidiary PGNiG Supply & Trading GmbH.

17 November. Certification of the Nord Stream 2 operator has been suspended. The Kremlin does not consider such a decision politicized, drawing attention to the operation of certain protocols and norms of European legislation in this regard.

Operator Nord Stream 2 has declared its readiness to comply with all the requirements of the current legislation in order to launch this important project for all as soon as possible.

18 November. Germany should abandon Nord Stream 2 in the name of peace, says Polish Prime Minister M. Morawiecki. He is ready to repeat his words to the new German chancellor. According to Moravetsky, the situation on the border with Belarus is currently stable, but it is becoming more and more dangerous.

The Polish prime minister was brief - V. Putin and A. Lukashenko are clearly following a strategy to destabilize the West, and Belarus uses migrants as weapons... Although how this is connected with SP-2, the Polish politician did not explain. But it is Poland that protects all of Europe on its border.

24 November. The German party Soyuz 90 / Greens condemned the expansion of the US sanctions list against IHL Nord Stream 2. It is indicative that after convincing participation in the parliamentary elections and in the new cabinet, the position of the Soyuz-90 / Greens party, the traditional opponent of the SP-2, has become much more restrained in relation to the project.

30 November. Germany will not postpone certification of the Nord Stream 2 gas pipeline. Berlin's decision angered both Ukraine and the United States, where they were betting on the long-awaited departure of Angela Merkel, who allegedly had certain obligations to Russian President V. Putin.

With the unexpectedly rapid onset of cold weather, experts started talking about how this sobered the FRG politicians. Not only because of the delays in the certification and launch of Nord Stream 2, but also because of a number of other problems, there are less and less blue fuel reserves in European storage facilities. 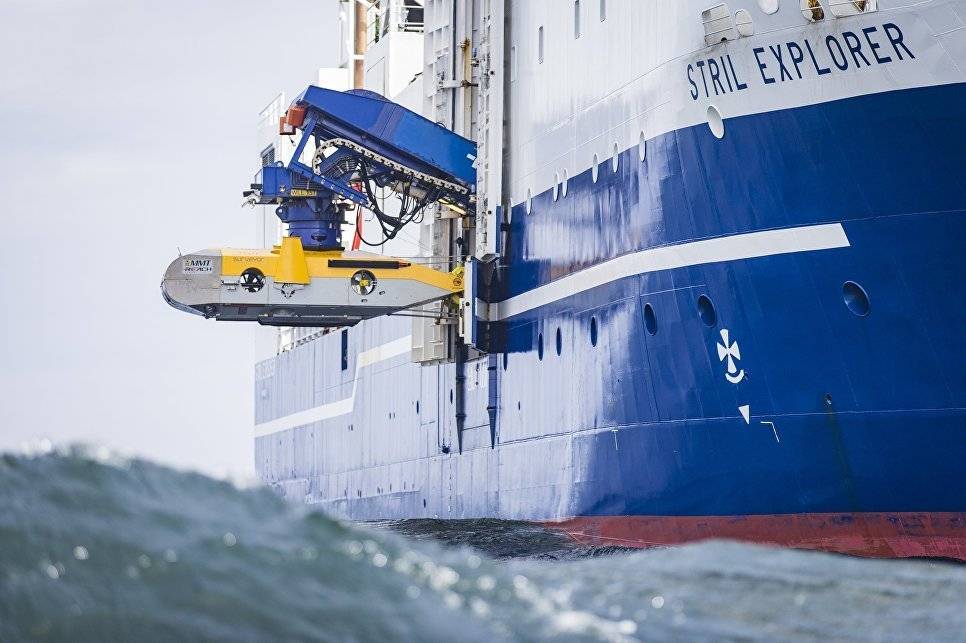 Photo: © Nord Stream 2 / Axel Schmidt
30 November. The launch date for Nord Stream 2 really depends not so much on certification or sanctions as on the weather. Now Germany is interested in starting to receive natural gas from Russia as soon as possible. It is no coincidence that Berlin demands that Washington stop interfering in Europe's energy security, forgetting about the policy of sanctions pressure.

German environmentalists have consistently actively opposed Nord Stream 2, but US interference in the project has become unnecessarily harsh even for them. Earlier, as you know, it was said that the project is a terrible decision for the energy security of Germany. It is anti-climate protection, divisive in the EU.

It was the “greens” who linked the project to the Navalny case, and the aforementioned O. Nuripur said that Nord Stream 2 finances repression in Russia. But now the voices in favor of a more relaxed attitude to the project are being heard more and more clearly among environmentalists.

Jurgen Trittin, one of the oldest (since 1980) members of the Soyuz-90 / Greens party, who served for eight years as Germany's environmental minister, admitted in the summer of this year that the shutdown of Nord Stream 2 would bring great damage to Germany. In his opinion, it is better to look for a fundamental solution to the issue in reducing the demand for gas, which will make the gas pipeline unnecessary.