December 7 2021
2
What are the designers capable of having received carte blanche? Flying equipment, Tanks with four tracks, military robots are just the tip of the iceberg of engineering. We present the project "The strangest combat vehicles in the world" from the creators of the legendary game World of Tanks. The rubric tells about the amazing, courageous and disastrous decisions of tank engineers. The main characters of this issue are flying combat vehicles.


At the beginning of the 20th century, airships were popular in the world. It is not surprising that at some point they prompted tank designers to think about flying combat vehicles. The concept itself was the development of J.W. Christie's idea of ​​high-speed tanks. A racing driver in the past, he was obsessed with speed, so he approached the next order for a car with a two-seat turret at least outside the box.

The engineer developed a 3-ton tank equipped with a special design with a propeller, wing and tail unit. On tracks, it could reach speeds of up to 100 km / h, and on wheels - more than 160 km / h. But this is not the most important thing. According to Christie's idea, the technique was supposed to take off on its own, cover distances through the air and land at the chosen position. After that, the special equipment could be dismantled and driven into battle. 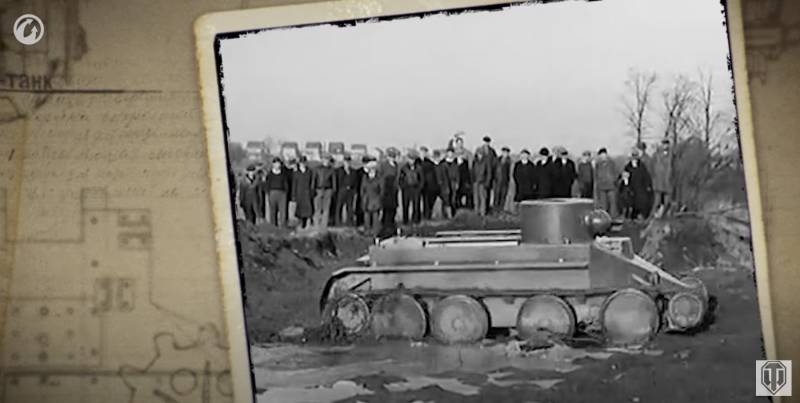 The project has reached the construction stage. A tank without a turret with a short-barreled cannon and light armor really developed the declared speed, and John Christie himself drove it. Flying over ditches and ditches led to a breakdown of the car, and it was not allowed into the series. However, the idea of ​​launching a tank into the sky still excited the minds of the designers.

Much attention was paid to flying technology in the USSR. In the 1930s, there was even a special competition. Engineers have developed several vehicles based on a lightweight version of the BT tank. The crew was reduced to two people, lighter alloys were used, and the main armament was replaced by a 20-mm automatic cannon. Three projects can be noted: the design bureau under the direction of Aram Rafaelyantsa proposed to create a semblance of an aircraft with a propeller rotating by means of a mechanical transmission from the tank's engine; engineers P. Samsonov and A. Dobrovolsky designed a model with a hydromechanical transmission to a propeller, and N. Kamov invented a kind of autogyro tank - a model with a non-motorized rotor, which is spun by the incoming air flow and creates a lifting force.

The idea of ​​transporting tanks by aircraft did not catch on. Powerful aviation There were no engines in the USSR and it was difficult to lift even light tanks. An increase in flight speed and altitude led to aircraft breakdowns even in non-combat conditions.

The new development appeared at the beginning of 1942. Soviet aircraft designer O. Antonov presented the project "Wings of a Tank" (CT). In fact, on the basis of the lightweight T-60, a glider was built, which was supposed to follow the TB-7 bomber. The wings of the car were distinguished by a span of 18 meters and a double-boom tail. To reduce the size, a biplane scheme was used, and the length of this "bird" was 12 meters. The cable control was brought to the place of the mechanical drive, which was additionally equipped with side and rear-view mirrors. 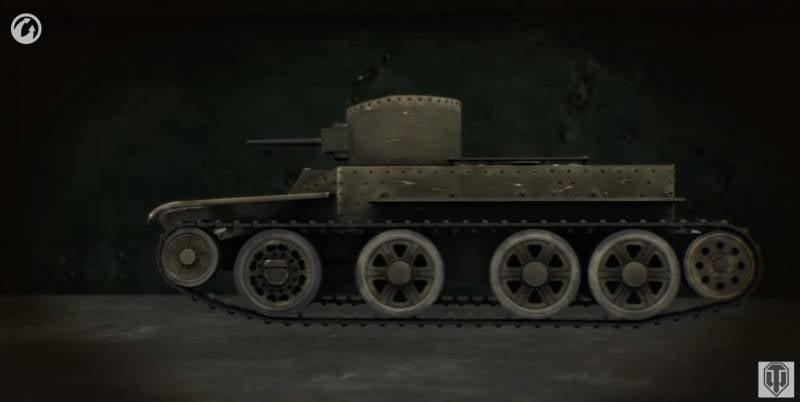 Without weapons, ammunition and with a minimum amount of fuel, the weight of the glider tank was 7804 kg, and this turned out to be too much. In the first test, a TB-3 bomber was involved, whose engines began to boil during towing. An attempt to reduce the revs led to a rapid descent of the aircraft with the tank. As a result, even at the start of the test flight, it was necessary to unhook the glider, which went to land at one of the neighboring airfields.

Tests have shown that the project has the right to life - only a more powerful driving machine was required. However, by that time there was already a war going on in the world, and all suitable equipment was needed in real battles.

The concept of a flying tank looked very promising for its time. In addition, the Second World War showed well the importance of a massive landing behind enemy lines. Perhaps the ideas of military vehicles moving through the air were ahead of their time, because some experts are still confident that under other circumstances such a technique could have a huge impact on military thought.

Nowadays, the issue of airborne equipment can be considered resolved, because it is not difficult for the military to deliver a combat vehicle by air to almost any position. However, the world has not yet seen flying tanks.

For more details on flying technology, see the video from Wargaming.