How to lose a country. Lukashenka's experience 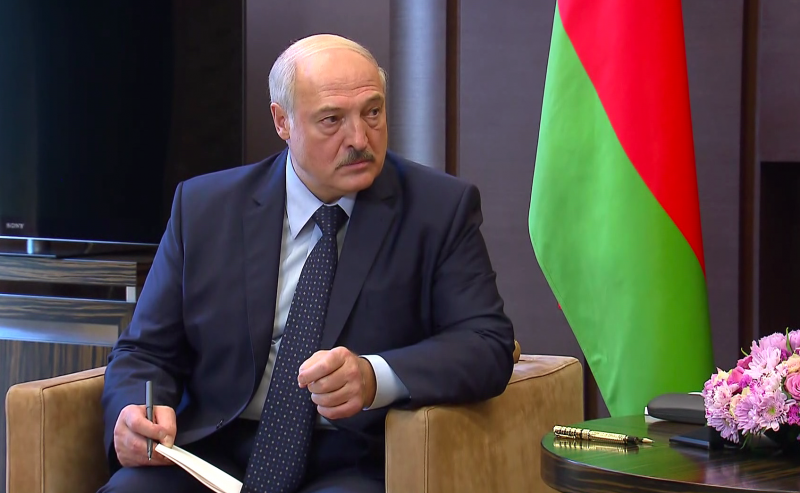 Free press as a means of taking over the country

And when in Russia nongovernmental organizations began to wool, many did not understand the "joke-humor", why is this?

In fact, everything is quite simple.

We will not touch Ukraine, we will leave Ukraine alone, Ukraine is that funnel that hangs over the whole of Europe, and which drags on, we will pay attention to the Belarusian events of 2020.

The visibility and simultaneity of the complete and catastrophic collapse of the Belarusian state system in terms of maintaining popularity and legitimacy are striking. Everything suddenly went downhill. Yesterday, everything seemed to be fine, but in the fall of the 20th, hundreds of thousands took to the streets with BCHB-flags and demanded Lukashenka's resignation.

For the author of this article, this event, unlike the Belarusian KGB, did not come as a complete surprise. Rather, the opposite is true. He expected something like this.

What is the fundamental difference between Belarus and Ukraine, and even more so Russia?

The country is small, compact and very homogeneous.

Exactly this way and nothing else. That is, there are no “geographical splits” there, and public opinion is fairly homogeneous. It turns out that "playing on regional contradictions" will not work very well.

And as a result, in August 20th we had the good fortune to observe one general reaction across the whole country of Belarus to the election results. That is, to tell that something is not quite right there somewhere is somewhat dishonest. There was simply no other “there”. The protest was widespread.

Now let's ask ourselves: how did it happen?

Of course, the rule of “late Lukashenka” is not Switzerland for you, but a protest so massive and homogeneous in slogans and goals with BCHB-banners is something with something.

And here we should pay attention to the glorious Belarusian press during its heyday. All the press there, which is not government, was oppositional. All. Without any exception. There were simply no other options. And in all this "free press" they wrote about the same thing.

As a matter of fact, even in comparison with the glorious Ukrainian press (much more popular in Russia), the Belarusian one looked much more “interesting”. In the sense that it is much more disciplined and aggressive. And more homogeneous. There were practically no fluctuations of opinion there. They wrote the same thing.

One and the same ideology was persistently introduced.

For an outside observer, this whole mess looked extremely strange. Those inside, apparently, got used to it. That is, very much, long before the next presidential elections in Lukashenko, practically the entire Belarusian press was actively pouring water on one very specific mill.

It was enough to regularly read the same tut.by, and there would be no limit to your surprise. I mean, if before that you believed in beautiful fairy tales about the “brotherly Belarusian people”. Yes, practically all the Belarusian press, all sorts of naviny.by or udf.name, printed practically the same opinion.

The impression was that the articles in these publications were written by the same journalists. And these journalists were not for Lukashenko, but not for Russia either. That is, they scolded Lukashenka, but they scolded Russia much more strongly.

Any sign of attention from the West caused a stormy and incessant delight in the Belarusian press (the American ambassador smiled at me twice!).

How it was possible not to pay attention to this and where the relevant services looked, remains a complete mystery.

Defeat in the war before the war

Lukashenka lost the country much earlier than August 20, missing the press and public opinion. In the summer of the 21st, all these Internet publications in the Republic of Belarus began to be very tightly closed. With the arrest of journalists. It's kind of "good", but it's too late. The country is already lost.
All this about all it would be necessary to think at least ten years before. It's minimum. By 2020, Western NGOs and foundations have completely devoured Belarus from the inside.

A few small examples: few people in Russia know American lotteries and their results are news for the front pages of Belarusian Internet publications. Belarusians can also participate there! And win!

Okay, so what's wrong with that?

Nothing - it becomes nationwide news! The whole Belarus is beside itself with happiness! And stuff is so different.

Tellingly, the entire Belarusian press writes (wrote) about one thing and about the same.

Yes, there is no loyalty to Russia, and this is true. But there is an incredible loyalty to the United States of America.

And here, at last, when the mass protests began, the Belarusian special services realized that something had gone wrong and started ... But it’s just too late. After 26 years of rule, Lukashenka rushed to change the ideology, education and attitude to the national idea. The train left, actually.

A new generation of Belarusians has grown up with brains completely washed out by pro-Western nationalist propaganda.

The Belarusian KGB kept a clear eye on everything and kept track of everything. It just didn't notice the elephant. Over the past quarter of a century, Lukashenkos have “changed Belarusians”. Yes, these are completely different Belarusians with different heads and a different ideology (and some of them are already working in the KGB!). And this is far from "Lukashenka's" ideology (the entire plant was taken out through the checkpoint on a bicycle, brick by brick).

And he can endlessly hold meetings and demand something from the security officials there. Belarus was “pulled out” from under him with his active participation.

The funny thing is that Lukashenka had thousands and thousands of official ideologists all over the country. That is, people who, receiving much more MTW workers, were engaged only and exclusively in ideology.

Didn't help in any way.

A similar collapse was observed in the Gorbachev Soviet Union. But there it was all “not so clear”. It's just that the "perestroika superintendents" took over the media, and did not publish other opinions. There are simply no “other opinions” left in Belarus.

Lukashenka played “gambling” with the West and lost his country precisely on the “ideological field”.

For some reason, in the country of the “preserved KGB”, no one has thought to hand over NPOs and restore minimal order in journalism and ideology. And now it's a little late. Independent opinion polls are prohibited, and the rating of the authorities in Belarus is the main state secret.
The level of Lukashenka’s trust in Russia's enemies is striking.

Since he is an enemy of the Russians, we can certainly trust him, and he printed money in NATO countries, and Belkali shipped his products only through Lithuania ... And then Lithuania imposed sanctions.

The secret behind the events of 2020 is quite simple.

Lukashenko not only made a lot of mistakes in running the state, but most importantly, he raised herds of zmagars and pro-Western journalists (they are against Russia, which is always good!), And then they grabbed his throat. And Lukashenka ran to fight them and suddenly change his ideology.

Russophobia did not save him from anything and did not guarantee him anything. That is, now any body movements on his part are meaningless, because he “lost the Belarusians”. Western NGOs stole the population from him, but he did not notice.

Then he caught himself ...

And nothing. It's too late. Indeed, even at the moment of Maidan-2 in Kiev, Lukashenka did not suspect anything and did not even think that he was next in line.

No, this will not affect him specifically, he is the “people's president”.

It was this complete inadequacy of the situation that was striking - at the time of the coup in Kiev in 2014, Lukashenka was absolutely confident in himself and his power. And he behaved accordingly. In August 20, he was already running around his residence with a gun and a frightened face.

That is, just in the summer of the 21st, everything in Belarus began to be closed. Any political organization or those close to them. Okay, but late. They have already done their job. Destruction of an enemy ballistic missile is, of course, necessary, but not after the separation of the warheads.

For 26 years the "chairman" has changed the country brick by brick, but he did not notice ...

American intelligence did not derail the USSR and did not recruit people "to unscrew the screws", or rather, it did not recruit them so much as it changed the situation from within the USSR, slowly, brick by brick (the USSR KGB was watching!), Changed the country, and then “ changed country ”fell.

The funny thing is that in 2015 independent opinion polls were banned in Belarus. As you might guess, due to a sharp drop in the rating of the current government. Well, the policy had to be changed urgently. Socio-economic. Do something.

Well, "with the enemies" to fight. Finally, cover up this propaganda mess in the press.

The entire press is oppositional (which is non-governmental) and is all conducted “from behind the hill”. Something had to be done about it, back in 2015 (in fact, earlier). But they did not do anything, either in politics or in the information field.

And now in the summer of 2021, a year after the "triumphant victory" ... The clearing of the information clearing began. Good. But it's too late. The oppositional Belarusian press has already fulfilled its task. The foreign customer got almost everything he wanted, and he is rather rubbing his paws. The fate of "independent journalists" does not bother him too much.

Well, one can only sympathize with the "independent journalists" themselves.

If they understood what they were doing and for whom they were working, then what were they waiting for?

If you didn’t understand ... Doing political journalism for many years and “not understanding” is not even funny.

But in general, the reaction is so-so, to beat up unnecessary enemy pawns after a chess game merged to the opponent.

And, of course, the most curious one will ask, why did the Belarusian KGB not arrest these very “independent journalists” before the elections?

When did they roll the barrel at Lukashenka with might and main?

And because of the same, why he did not recognize the Crimea and other things. Lukashenka really wanted to please the West. Well, I really wanted to. And I did everything for this. It didn't burn out, however.