UAVs for the domestic fleet

18 September 2012
25
At the end of August, the month of RIA News published an interview with the head of the department of state defense orders of the United Shipbuilding Corporation A. Shlemov. A characteristic feature of the publication was the mention of several interesting and partly new to our naval fleet things. Among other things, some work was mentioned to create unmanned aerial vehicles for the fleet. Moreover, according to Shlemov, in the future, domestic warships will be able to transport and use UAVs for various purposes. From reconnaissance to shock. Unfortunately, so far there has been quite a bit of information on this topic, but even from fragmentary information you can make an approximate picture and appearance of a ship's drone in the near future.

First of all, you need to remember the obvious fact. For basing on ships, with the exception of aircraft carriers, only helicopter-type UAVs are suitable. In other words, the emergence and development of naval unmanned vehicles will go the same way as earlier equipping ships aviation technique. Aircraft with a rotor are much less demanding on the area required for takeoff and landing, and can also perform a number of specific tasks inaccessible to aircraft. Therefore, for a sufficiently long time the fleet will receive only unmanned helicopters. As for aircraft without a man on board, their development, construction and delivery to the fleet are more dependent on the existing carrier fleet than on technical capabilities. 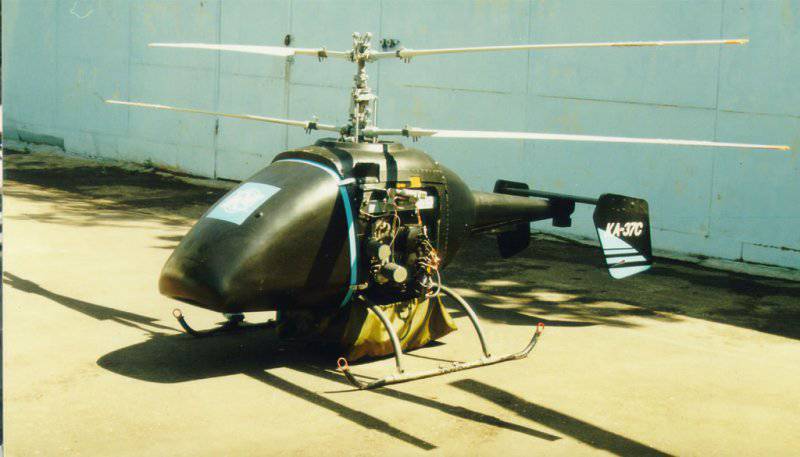 Earlier it was reported that the Ministry of Defense held a competition for the development of a heavy unmanned helicopter for the needs of the Navy. It is known about the participation and victory in the competition of projects of the Kamov company, which are helicopter UAVs for various purposes. One of them, Ka-37C, is a further development of the purely experimental apparatus of the mid-nineties. Probably, this project was supposed to be used to study the capabilities of shipless drones and to shape the appearance of this class of technology. In addition, in the context of the competition, Ka-135 and Ka-117 were repeatedly mentioned. The first of these, according to available data, is primarily intended for reconnaissance, and the second has the ability to carry out strikes against ground targets. A few years ago there were rumors about the tests of the Ka-117, equipped with anti-tank guided missiles. As we can see, even Kamov OJSC alone has certain achievements in the field of creating unmanned helicopters for various purposes. Therefore, there is every reason to assume that in the future the fleet will be able to really get almost any equipment of this class that it needs. 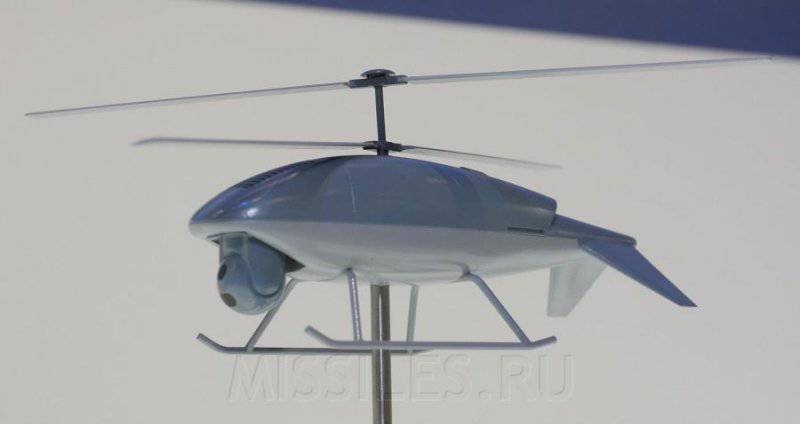 Currently, manned helicopters based on ships perform several basic functions. These include the carriage of passengers and cargo (Ka-29), radar patrol (Ka-31), search and rescue operations (Ka-27PS and Ka-29), as well as anti-submarine defense (Ka-27). All these tasks are related to the lifting and transportation of a certain payload - cargo, target equipment or weapons. So, for example, radar stations, the dimensions of which allow them to be installed on existing unmanned vehicles, weigh from several tens of kilograms to a centner and higher. Corresponding should be the capacity of the drone. Thus, the minimum take-off weight of a UAV with a radar station is no less than 800-900 kg. At the same time, the device must have a reserve of fuel for long-term locking at a distance from the carrier ship. Of course, the creation of such a technique is not easy. However, the presence on the ship of several long-range radar detection UAVs allows a relatively small force to organize a permanent duty in the air. In the case of a compound of several ships that have such drones on board, it becomes possible to create a solid “field” of observation of the surrounding area.

It is worth noting that at present the use of UAVs for observation or reconnaissance is the main trend in the development of this class of flying technology. Impact UAVs exist, but so far have not received particularly wide distribution. Probably the same should be expected in the case of unmanned aerial vehicles for the fleet. Moreover, the weight and size parameters of the main types of weapons intended for the destruction of surface ships and submarines, very transparently hint at the size, take-off weight and engine power needed by the UAV to use them. Therefore, until a certain time, naval drones will perform exclusively reconnaissance functions. Of course, over time, quite large and heavy vehicles can be created that can not only normally transport and use anti-ship missiles or depth charges, but also have an adequate supply of them.

A possible solution to the weight problem, when it is not possible to install both weapons and target detection systems on one UAV, may be the creation of complexes of two vehicles. In other words, one drone carries equipment for detecting, for example, submarines (such equipment is one of the heaviest in naval aviation), and the other - a torpedo or depth charges. In appearance, such a system is interesting and suitable for practical operation. However, in combat, the "separation" of equipment and weapons can have negative consequences. First, with the loss of one drone, the whole system may not be capable. Of course, if only the carrier was destroyed, then you can send a new one and try to complete the attack, if by that time the search engine target designer was not shot down. The second minus of such a system concerns the complexity and cost of controls.

In general, the most promising direction in the field of unmanned aerial vehicles for the navy is the creation of UAVs equipped with various surveillance and reconnaissance equipment, both in the optical and radar ranges. Gradually, with the development of the industry, new drones should appear, carrying more and more effective (range and detection range) target systems. However, in the case of the same radar, an increase in the detection range will entail an increase in the mass of the station and, as a result, in the take-off weight of the entire unmanned helicopter. Thus, the technologies necessary for creating early detection UAVs will indirectly help to create cargo and combat aircraft without a person on board.

The gradual planned development of the industry of unmanned aerial vehicles for the Navy described above has its pros and cons. All of them should be taken into account when forming the technical requirements for new UAVs. Some time ago there was unconfirmed information about the impending completion of the formation of a technical task for a new unmanned helicopter. If it was not a rumor, but true, then in the coming months we will be able to find out the first details of the project and imagine what the new naval drones will look like.