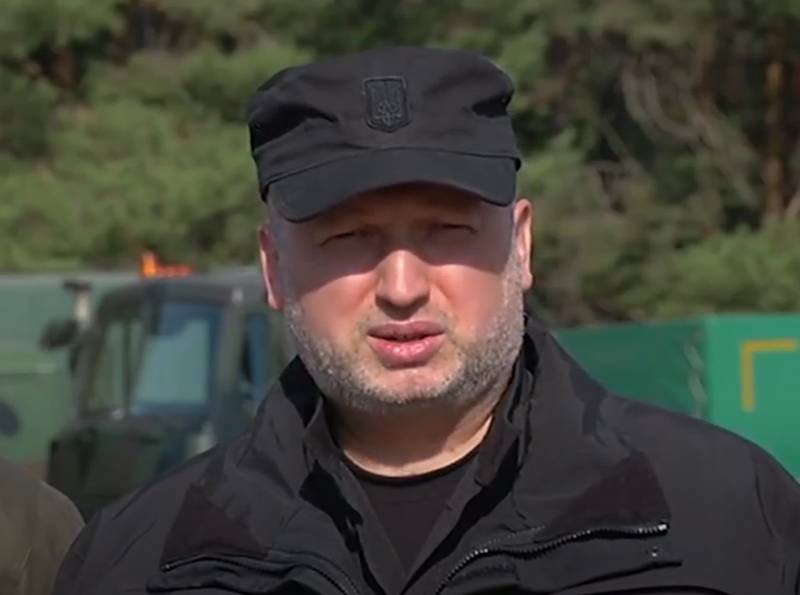 It is necessary to talk with Russia only from a position of strength; it does not understand other methods. Therefore, no "agreements" between Zelensky and Putin should be allowed, said the former secretary of the National Security and Defense Council of Ukraine Oleksandr Turchinov.


The incumbent head of the central headquarters of the European Solidarity party, Petro Poroshenko, Turchynov called on all opposition forces in Ukraine to unite with the aim of a legitimate change of government. those. displacement of Vladimir Zelensky. At the same time, about merging with the Opposition Platform - For Life! Medvedchuk is out of the question, she does not belong, as Turchinov said, to "democratic" forces.

According to Turchinov, Zelensky does not understand that it will not work to come to an agreement with Putin, the Kremlin only understands the position of strength. Therefore, the task of all opposition forces is to prevent the President of Ukraine from entering into negotiations with Russia. The only defense of Ukraine today are the patriots fighting in the Donbass, they are "a shield against Putin."

Ukrainians at the forefront today ensure the security of the state. True patriots today are a shield that Putin will not step over. Zelensky cannot understand this.
- declared Turchinov.

The ex-NSDC secretary called for the creation of a joint headquarters that will develop measures for a legitimate change of power in Ukraine. According to him, you need to start with the early termination of the powers of the deputies of the Verkhovna Rada, then replace Zelensky. For this, it is necessary to create a coordinating council of the united opposition, which will deal with the "peaceful change" of power within the framework of the Ukrainian Constitution and Ukrainian laws.