In which pocket is the father's ruble 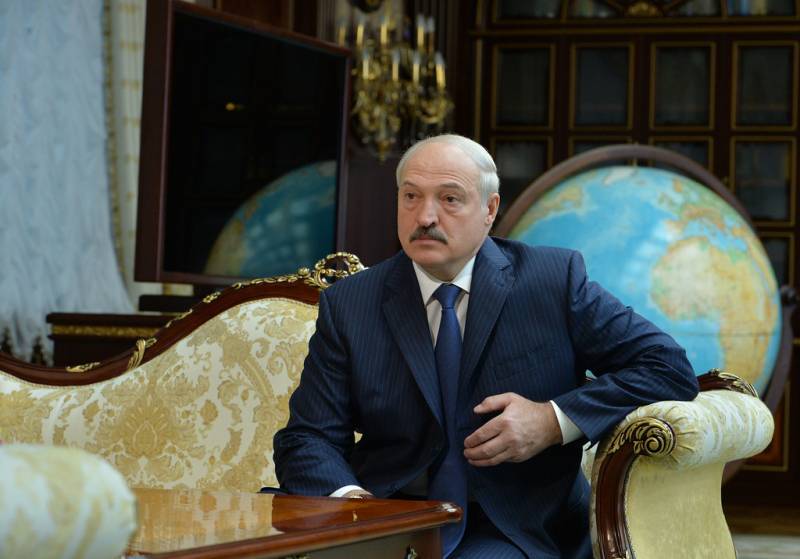 An attempt at a "color revolution", or rather, just a coup, an openly provocative crisis with migrants, followed by an economic semi-blockade - what does all this mean?

Belarus is either pushed into the arms of Russia, or quite openly counts on the fact that the dad will do something unforgivable.

From the point of view of the development of the Russian economy, full integration with Belarus, with or without Lukashenka is not so important, it is very, very profitable. The freedom of maneuver will be largely lost by both the Russian executive power and business.

Politically, the topic is directly tied to what kind of power is in Belarus. For Alexander Grigorievich, as for any leader with such terms of office, the concept of "continuity" is almost mystical. However, in Russia, this is also not easy.

But it is by no means just that for many years neither in Moscow nor in Minsk there has been a rush with the reunification of Great and White Russia. After all, the rapid transformation of the Union State into something more real than a toy for officials will only intensify our confrontation with the West.

The situation in this area is already very tense. Taking into account the Donbass and the poorly provided rear - at least in Transcaucasia and Central Asia, getting also problems on the Polish border is not a joke. So something needs to be done.

That is why the unexpected “emergence” of the topic of the single ruble is very reminiscent of some kind of trial balloon - but what if it works. The single ruble is all the more relevant after the Belarusian president's typical reservation about Crimea.

There he is clearly drawn to visit, after all, why is he worse than Roosevelt and Churchill?

Daddy and the ruble - who wins?

Nevertheless, as soon as the journalists from the quite official MIA Rossiya Segodnya asked the dad about the single ruble, he switched from his characteristic slightly ironic tone to a purely businesslike one. And straight away he said that there was no need to raise this issue yet.

Lukashenko once again reminded that the main banks - the Russian Central Bank and the Belarusian National - have a single position on this issue: “the countries are not ready for this”. Nevertheless, the dad did not refute the idea of ​​a single payment space between the allied states, expressed by the Russian president.

The very same idea, obviously at the suggestion of Lukashenka, was hastened in Minsk to be called “healthy”. And Alexander Grigorievich himself, in turn, said that the issue is not at all that he or Putin is slowing down the processes associated with the single currency.

The position of the Belarusian leader is well known - the creation of a single currency “must come step by step”. That is, step by step. But in fact, Alexander Lukashenko simply had to somehow respond to the recent statements about the single currency made in Moscow.

Let us recall that, according to Vladimir Putin, the first steps have already been taken in this direction. The Russian leader noted that the Central Banks of the Russian Federation and Belarus should harmonize monetary policy, achieve integration of payment systems, and information security in the financial sector.

At the crossroads to integration

The experience of the European Union, where not only Britain, now a breakaway, but also a number of small countries did not switch to the euro, has shown that common money together with a common market does not mean deep integration. Over the years, the euro has not produced any effect of the notorious synergy. Convenient, beneficial for everyone, but nothing more. 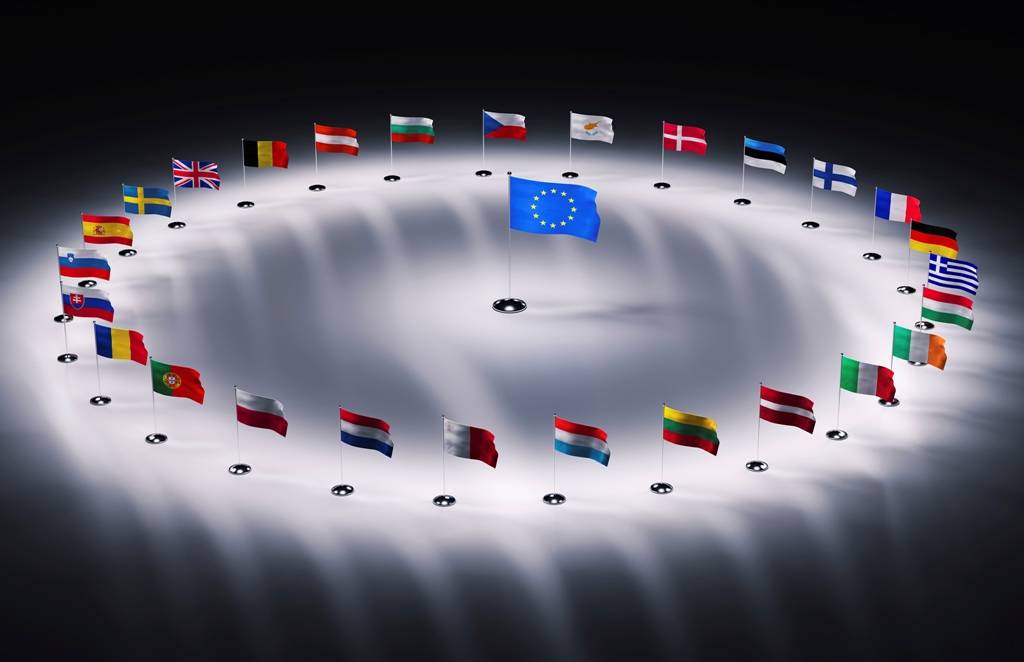 In addition, it turned out that the single currency simply duplicated the dollar, giving it the opportunity to quickly move to more advantageous positions with a low exchange rate. Recall that the euro started with a rate of around 80 US cents, and now costs about $ 1,2.

In foreign trade, the Americans, who have flooded the whole world with dollars, deftly use for their own benefit not only its regular mini-devaluations, but also inflation. In reality, only the yuan, tightly controlled by the Chinese communists, holds firm against the dollar.

For the fact that the People's Bank of China, without warning anyone, either increases or decreases the rate of the yuan, it invariably receives scolding and "last" warnings from the FRS. And even, oh horror, from the Washington administration itself.

However, in fact, the yuan has long been considered tamed. And the CPC Central Committee cannot flirt with it, since the capacious American market is the basis and main support of the Chinese economic miracle.

But under the current conditions, the difference in currencies in foreign markets, in principle, does not cause much trouble to anyone. As they say in Odessa, this is not a problem, but only expenses. Different currencies are more necessary and more important to control the internal markets of a particular country.

That is why in Belarus the Russian ruble, although it moves freely, is unlikely to be able to pay it off without complications. And it must be admitted - Lukashenka beautifully formulated that, "in fact, the creation of a single currency will mean a transition to a higher level of integration."

This is not a Union yet

But its course is by no means charted towards the Union, like the Soviet one. In general, all the fears not only of Belarus, but also of Russia's partners in the EAEU that economic integration and a single currency mean something “like creeping colonization” cannot be considered absolutely groundless. 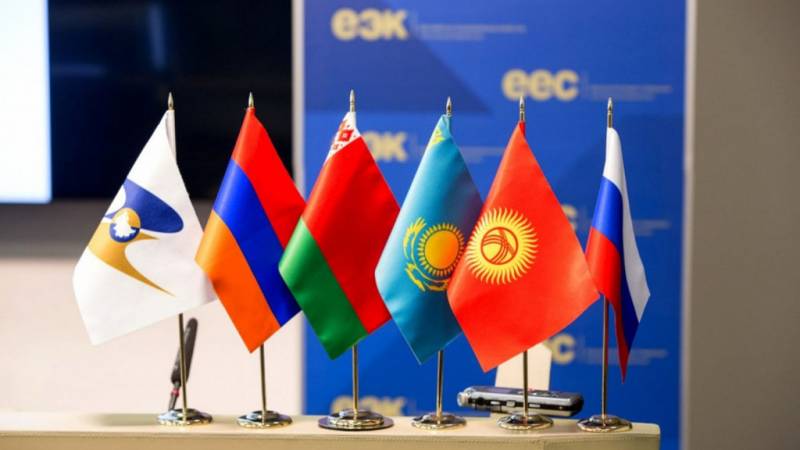 Photo: EAEU
Above, we referred to the experience of the European Union, but no one there even thought of an analogy with the USSR or CMEA, although it suggested itself. At the same time, harsh assessments, and from very high tribunes, regarding Germany's leadership in the EU as a kind of "colonization of the Old Continent", are still in use today.

It is interesting that since the collapse of the Soviet Union, Russia has not imposed its ruble on anyone as a single currency, although it would be very profitable economically.

But how can you avoid image losses?

Immediately and firmly, the ruble was abandoned only in the Baltic countries. And Russia has consistently offered its neighbors, and not only them, the transition in mutual settlements to their own currencies. Thus, giving up the need to constantly pay for foreign exchange transactions.

The EAEU should formally switch to a single currency in 2025. But, most likely, because of the pandemic, everything will be postponed, and for a long time. In unification, they are generally not very active in terms of external integration, with the same Iran or Syria. And this is happening precisely because within the EAEU there is no agreement in any way even on the abandonment of dollars and euros, let alone a single currency.

But the idea of ​​a Eurasian currency was announced by the President of Kazakhstan Nursultan Nazarbayev a long time ago - back in 1994. Then even a suitable name appeared - altyn. But until now, things have not gone further than talking about common money.

In the Union State, back in the mid-90s, after the sensational “haircut” of Belarusian bunnies, it seemed that Minsk simply had nowhere to go from the Russian ruble. But Belarusian money, like, frankly speaking, the entire economy of the republic, then still retained its independence - thanks to the default in Russia.

Today, Covid-19 works about the same "rescuer", of course, coupled with multi-billion ruble injections "under the bat".