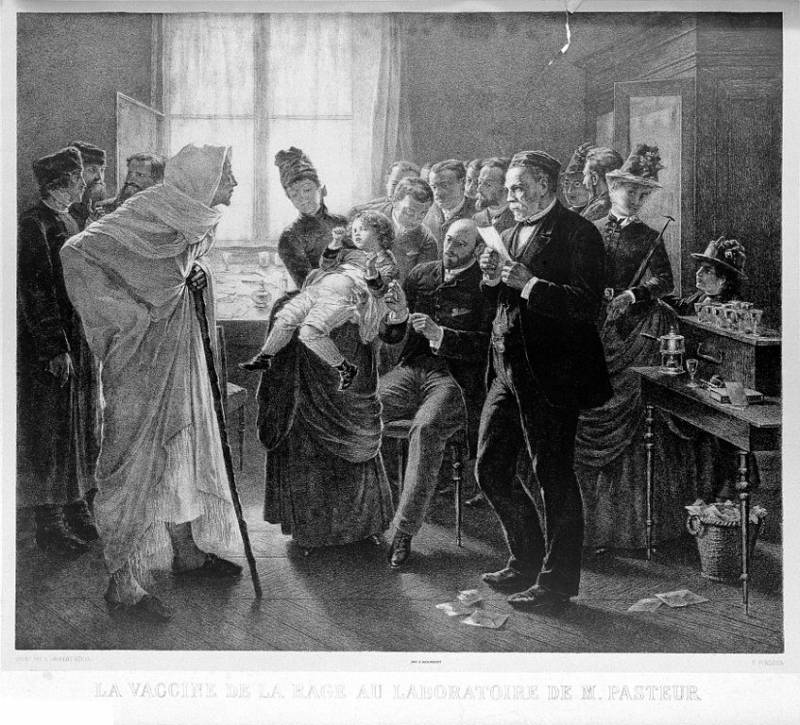 Rabies vaccination at the Pasteur Clinic in Paris. Lithograph by F. Pyrodon

Most of its stories humanity was powerless against major epidemics. For example, smallpox affects millions of people every year. The disease killed 20-30% of those infected (90% of infants), often people died in agony, and those who recovered often turned into invalids. People became blind, became terrible monsters. Smallpox was responsible for 10–20% of deaths in Europe. In America, where the colonialists brought smallpox, it mowed down entire peoples and tribes. It was used as weapon genocide - freeing "living space" from the Indians.

In the 300th century alone, this disease killed more than XNUMX million people. It was noticed that people who have had smallpox do not get sick with it anymore. This observation opened the way for mankind to create vaccines. Attempts have been made to induce mild smallpox disease to prevent the risk of severe illness and death.

In the Middle Ages, attempts to prevent infectious diseases are known in India and China. The method of inoculation (artificial infection) was used - inoculation of healthy people with liquid from the vesicles of patients with a mild form of smallpox. True, there was a risk of using a highly pathogenic virus and death. Also in the Celestial Empire, the method of "nasal insufflation" was used, that is, inhalation of powdered smallpox material (usually scabs) through the nostrils. Similar folk methods of combating smallpox were used in other countries. In Africa, Turkey and Russia. Someone helped, the disease was mild, others did not. 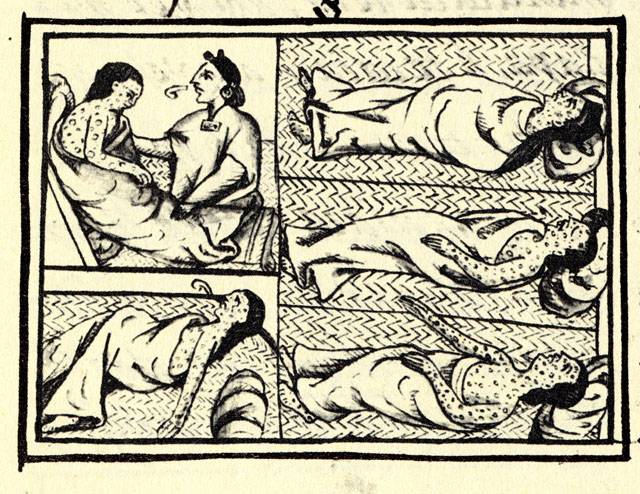 Accompanying pictures to the text from the Codex Florentine (1540-1585): a Nahua Indian suffering from smallpox (the era of the Spanish conquest of Central Mexico)
Smallpox affected everyone - rich and poor, commoners and aristocrats. Therefore, in the 1774th century, artificial infection was "fashionable" in high society. When King Louis XV of France died of smallpox in 1768, his grandson Louis XVI was inoculated. Shortly before this, under the impression of other smallpox epidemics, the Russian Empress Catherine II turned to the English physician Thomas Dimsdale for help. In October XNUMX, he inoculated the empress and heir to the throne, the future emperor Paul I. The inoculation was successful. This was the beginning of mass vaccination in Russia. In honor of this event, a silver medal "I set an example by myself" was knocked out. On it, Catherine is holding the hand of Tsarevich Paul. Before them is a female figure with children - the personification of Russia.

The English doctor himself, as a token of gratitude, received the title of Crown Baron, the title of Life Medic and a life pension. When Dimsdale returned to England, his business was continued by Thomas Holiday. He headed the Smallpox (Ospoprivalny) house, where those who wished were vaccinated for free and were given a silver ruble as a reward. Catherine even planned to carry out a complete vaccination of the entire population of the empire, but nothing came of it. The state did not have enough resources for such a large-scale action, and the population was wary of the new procedure. 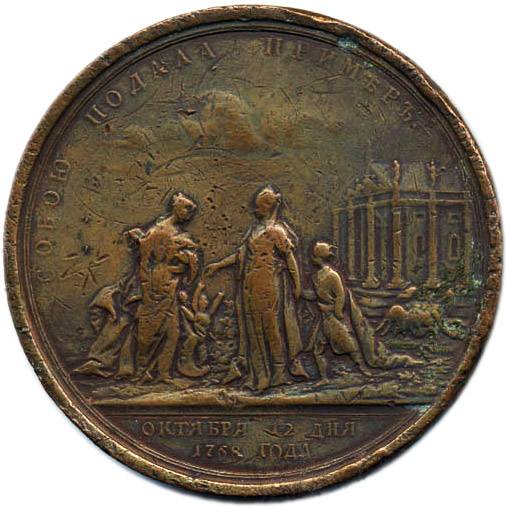 Medal in honor of smallpox vaccination. On it, Catherine II holds the hand of Tsarevich Paul. Before them is a female figure with children - the personification of Russia. Immediately there is an inscription: "I set an example by myself." October 12th day of 1768 "

However, this method did not provide full protection. And the mortality rate was about 2-3%.

The conjecture of the English physician Edward Jenner (1749-1823) helped. For a long time he collected information on the incidence of cowpox among peasants. People knew that cowpox is not dangerous to humans, and those who have had it almost never develop smallpox. Jenner came to the conclusion that it is possible to artificially infect a person with cowpox and thereby protect him from natural diseases.

In 1796, Jenner conducted an experiment - he vaccinated an eight-year-old boy, James Phipps. After a while, the boy was infected with smallpox, but the disease did not develop. Other people did similar experiments, but it was Jenner who published his method, and he began to practice around the world.

In England smallpox vaccination was made compulsory for the army and fleet... The vaccine was named vaccine - from the Latin vacca, cow. In Russia, the Jenner vaccine was first made in 1801 by Professor Efrem Mukhin.

The inoculation material was the contents of the pustules (abscesses) of vaccinated children, a "humanized" vaccine, as a result of which there was a high risk of collateral infection with erysipelas, syphilis, etc.

As a result, A. Negri proposed in 1852 to receive smallpox vaccine from vaccinated calves.

Smallpox was defeated in many parts of the planet later.

Thus, the program for the eradication of smallpox was proposed in 1958 by the Soviet delegation at the XI Assembly of the World Health Organization. In 1967, WHO launched a massive smallpox vaccination program. This made it possible to defeat smallpox, significantly reduce mortality, especially among children, and increase life expectancy. 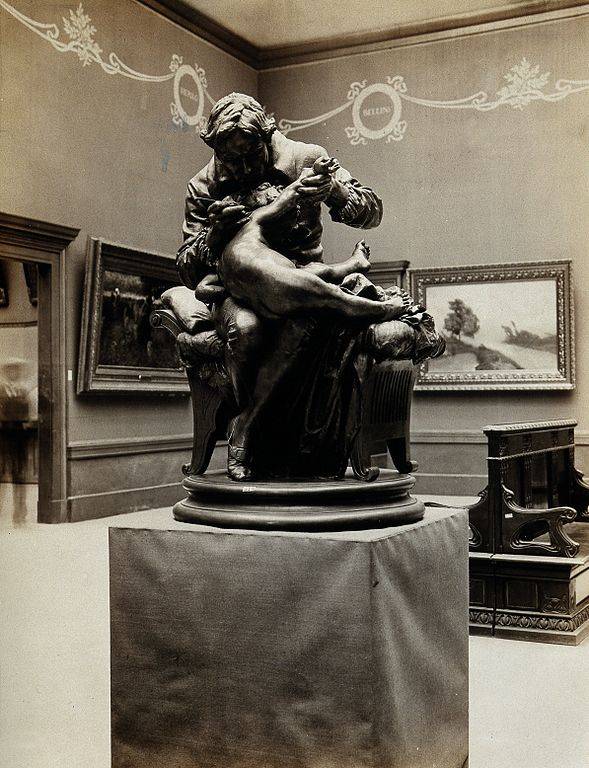 In the second half of the XNUMXth century, science made great strides.

In particular, experimental immunology made it possible to study the processes that occur in the body after vaccination. Outstanding French scientist, chemist and microbiologist, founder of scientific microbiology and immunology Louis Pasteur (1822-1895) concluded that the vaccination method can be applied to the treatment of other infectious diseases. On the model of chicken cholera, the scientist made an experimentally substantiated conclusion that a new disease protects against a subsequent one. Pasteur defined the absence of recurrence of an infectious disease after vaccination as "immunity."

In 1881, a French immunologist discovered the anthrax vaccine.

Then the rabies vaccine (vaccine) was developed against rabies. In 1885, the first anti-rabies station appeared in Paris. The second anti-rabies station was created in Russia by Ilya Mechnikov. His student Nikolai Gamaleya worked with him. Already in Soviet times, Gamaleya became a prominent microbiologist and head of the Moscow Institute of Epidemiology and Microbiology.

So, in 1886, a "Pasteur station" appeared in Odessa. This station became the first bacteriological research center in Russia. Soon, antirabies-Pasteur stations were created in other cities of Russia. They were created with the money of private owners, so it was possible to completely cover the country's needs only in the 1930s.

This success allowed Pasteur to fend off a wave of criticism of his methods. In 1888, a special institute for the fight against rabies and other infectious diseases was founded in the French capital, which later received the name of its creator.

The discoveries of Mechnikov and Ehrlich made it possible to study the essence of the organism's individual immunity to infectious diseases. They created a coherent doctrine of immunity and were awarded the Nobel Prize in 1908.

Another student of Mechnikov, Vladimir Khavkin, in 1892 created the first vaccine against cholera, which he tested on himself. In 1893, with the help of England, he launched a mass vaccination program against cholera in British India, where the disease was rampant. When the bubonic plague epidemic began to spread in India, which became one of the last in the history of mankind, Khavkin created a vaccine against the plague. The Central Institute of Immunology of Mumbai was named after the scientist.

Khavkin's vaccine has saved many lives in India, but its effectiveness was not known. Another Russian scientist, Magdalena Pokrovskaya, created a vaccination against the plague with a live virus. During the Civil War, she investigated outbreaks of plague and malaria in the southeastern part of Russia. In 1934, a working vaccine was created. During the Great Patriotic War, Pokrovskaya created a technology for treating severe infectious diseases using bacteriophages - special viruses that kill bacteria.

Soviet victories on the invisible front

In 1919, the Soviet government issued a decree on compulsory smallpox vaccination. After the end of the Civil War, when many people died due to epidemics and weakened immunity (malnutrition, hunger, poor sanitary and hygienic conditions, etc.), the spread of smallpox in the USSR was minimized and finally won in the 30s.

In 1925, mass vaccination of children against tuberculosis was introduced.

Mass vaccination against poliomyelitis in the USSR began in 1959, and by the end of 1960, all Soviet citizens under the age of 20 were vaccinated against this disease.

In 1958, the Preventive Vaccination Schedule was introduced, it is valid in Russia to this day. Initially, it included vaccines for smallpox, tuberculosis, whooping cough, diphtheria and polio. Then vaccinations against tetanus and mumps (mumps) were included in the calendar. Over the past 30 years, a number of vaccinations have been added to the calendar: against hepatitis B, hemophilus influenza, influenza, HIB infection.

Nowadays there are 8 compulsory vaccinations in Russia: against hepatitis B, tuberculosis, pneumococcal infection, DPT (protects against tetanus, diphtheria and whooping cough), poliomyelitis, hemophilic infection (for children at risk), rubella and mumps, and flu. There are also vaccinations that are done according to medical instructions. For example, tick-borne encephalitis, plague, rabies, anthrax, typhoid fever, cholera, etc.

Thus, Russia in tsarist and Soviet times became one of the most progressive countries in terms of vaccination and protection of its population from infectious diseases. 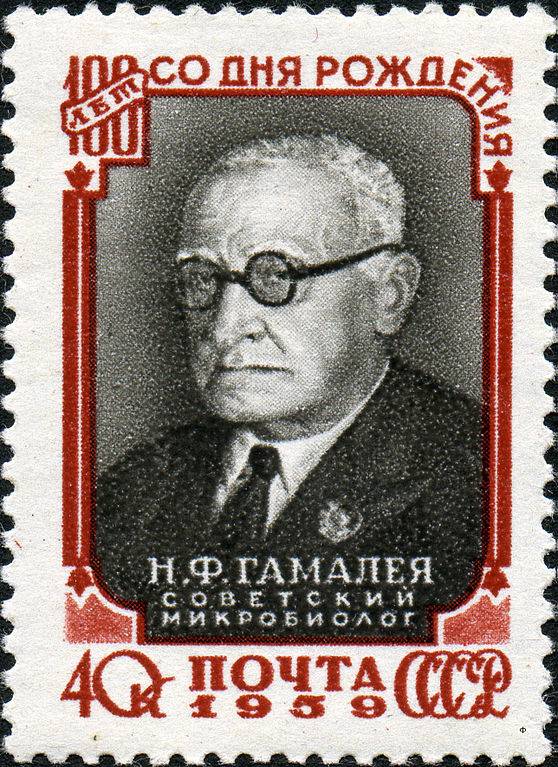