In the US press: Russia has already achieved victory and influence in the Middle East 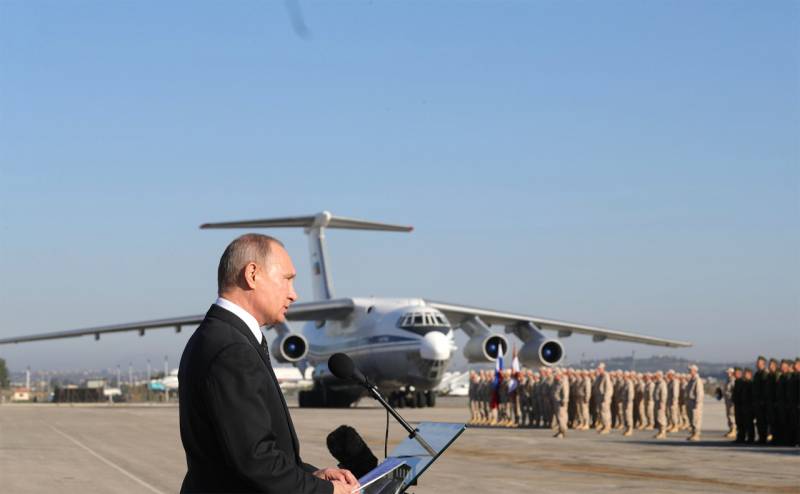 Foreign Policy, a major American publication, published an article on Russian activity in the Middle East. Observer Anatol Lieven writes that today in North America and in some European countries a stamp has taken root that Russia is trying to either recreate the USSR, or expand its influence even more, "destroying the status quo in the world." Lieven writes that such a dogma is actively supported in the United States, a number of Eastern European countries, and some countries that were previously republics of the Soviet Union.


At the same time, as a columnist for an American magazine specializing in aspects of foreign policy notes, there are also those regions of the world where this dogma is treated with at least bewilderment. Among such regions is the Middle East.

According to Anatol Lieven, for a long time in a number of states of the Middle East (Iraq, Syria, Libya, Iran, Yemen) the United States of America was perceived as the main violator and instigator of armed conflicts. Therefore, for many regional countries, Russia's return to the Middle East as one of the key players evokes positive emotions.

The American author cites several excerpts from an interview with Vladimir Putin over the years. For example, the words that Saddam Hussein could not exactly be called a democratic ruler, but after he was gone, Iraq plunged into real chaos, large terrorist groups began to emerge in the country that threaten not only Iraq itself, but the whole world ... Also cited is the statement of the President of Russia about Muammar Gaddafi. Vladimir Putin once noted that the reprisal against Gaddafi after the NATO invasion of Libya turned the once prosperous country into a stronghold of terrorism, a source of tension, a territory of constant strife, from which flows of refugees poured into Europe.

In Foreign Policy, the author notes that it is difficult to disagree with Putin on this. And these words of Putin are being paid attention to throughout the Middle East, rightly believing that Russia's position is to take into account regional interests, local cultures, and the peculiarities of political life. The destruction of the balance, as the United States is used to doing, is not part of the circle of Russian interests, which is what makes many countries in the Middle East sympathetic.

In addition, it is noted that the number of countries that have become loyal to Russia can now include even those that previously, to put it mildly, did not feel sympathy for Moscow - for example, Saudi Arabia, Israel.

It is pointed out that Russia's policy resonates with the Middle Eastern states due to the fact that Russia does not go ahead, but tries to take into account the interests of each of the states in the region.

The US press believes that Russia has already achieved a great victory and enormous influence in the Middle East. But the United States itself has squandered its influence in the region to some extent, losing confidence even in countries that have been considered its allies for decades.