Before 1 December, a plan to attract private investment in the defense industry will be submitted to the Military Industrial Commission 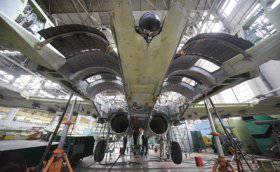 A plan of concrete actions to attract private investment in the defense industry will be submitted to the Military Industrial Commission before 1 December. Deputy Prime Minister Dmitry Rogozin spoke about this in an interview with the Vedomosti newspaper published today.

"Optimization is needed - a new architectural plan for the development of the defense complex," he said. "The most modern enterprises with the strongest management must be technically reequipped, and that which does not fall under rearmament must be redeveloped and sold."

At the same time, Rogozin assigns an important role to private capital, which, according to him, “can acquire part of the assets of now state-owned enterprises while maintaining state control.” “Private entrepreneurs could come to these enterprises with their own funds, equipment and management, and the enterprises will be guaranteed the return of their investments and risk minimization,” the vice-premier said. “For this, a decision was made to create a council at the Military-Industrial Commission on a public-private partnership, which will include all of Russia's largest entrepreneurs. Until December 1, this council will submit to the Military Industrial Commission a plan of concrete actions to attract private investors. in the defense industry. "